NSW’s new vaccine passport will be tested in four country towns before it is rolled out across the state at least a week later.

Those regional residents will be the first in the state to have their Covid-19 vaccination status displayed on the ServiceNSW app for easy proof to enter shops.

Up to 500 fully vaccinated residents in Tamworth, Port Macquarie, Wagga Wagga and Lismore will invited to be involved in the VaxPass pilot by participating venues, which include aged care facilities, clubs, and taxis.

The rest of NSW will have to wait another week before they can access the technology, which will show proof of their vaccination status every time they check in into venues with the QC code.

NSW will be the first state to implement the integrated VaxPass on October 18, followed by Victoria and South Australia.

The pilot announcement was made hours before NSW is lifted from lockdown at 12.01am Monday as thousands of business get ready to welcome back vaccinated customers.

‘Customers will have the convenience of checking in to a venue and showing proof of vaccination status on the one app,’ Deputy Premier Paul Toole said.

‘This is NSW leading the way with a pilot in the regions and helping to make life easier for our communities in the roadmap out of Covid.’ 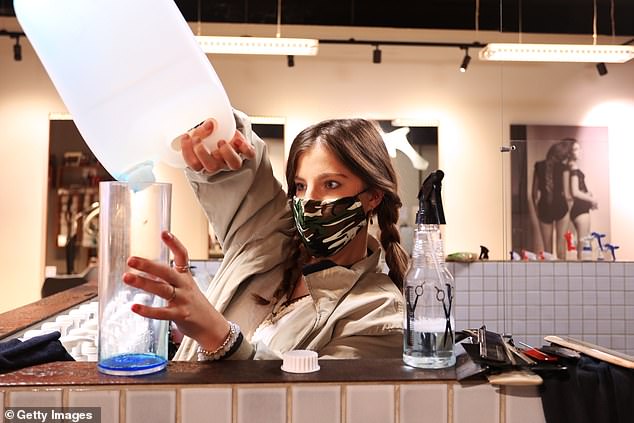 The VaxPass will be rolled out statewide on October 18, a week after thousands of businesses reopen (pictured, a Sydney hairdresser preparing for Freedom Day on Monday)

‘There are already three ways to download your vaccination passport so this is about making life easier for the people and business of NSW as we safely open back up.’ he said.

The minister later told reporters: We’ve had about a week of testing and I’ve been one of the people who has put my hand up to the test and it’s seamless so far, taking me less than two minutes.

‘This won’t come into place until next week because we got to make sure that we have the privacy and security settings in place in preparation for statewide rollout commencing the week of October 18.

He said integrating the certificate into the app would be optional as he hit back at public criticism of the initiative.

‘Some people have commented that the VaxPass is a waste of money,’ Mr Dominello posted on Sunday.

‘In the coming days, I will put forward the top five reasons on why investing in this digital infrastructure is critical future proofing for people of NSW.’

The NSW Government has been criticised for not having the passport ready in time for the end of lockdown and originally planned for the pilot to begin on October 6.

But authorities weren’t able to access the immunisation data critical to the trial until a week ago.

‘We only just got the information from the federal government about a week ago, so we are moving ahead at pace to deliver this for the people of our state because it will be a seamless experience,’ Mr Dominello said.

‘But in that intervening week, let’s be kind to each other and be patient, it’s really hard being leaders.’ 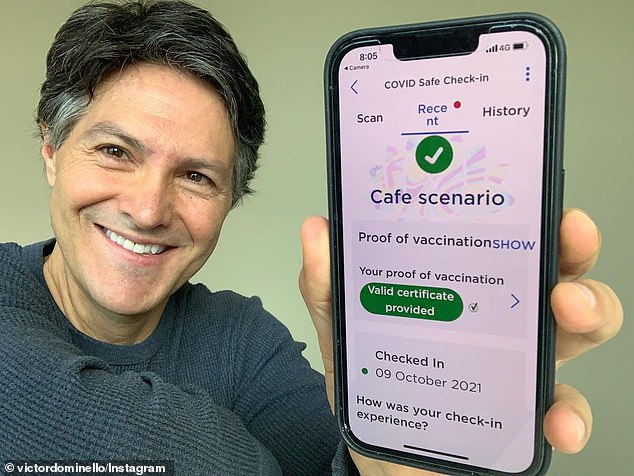 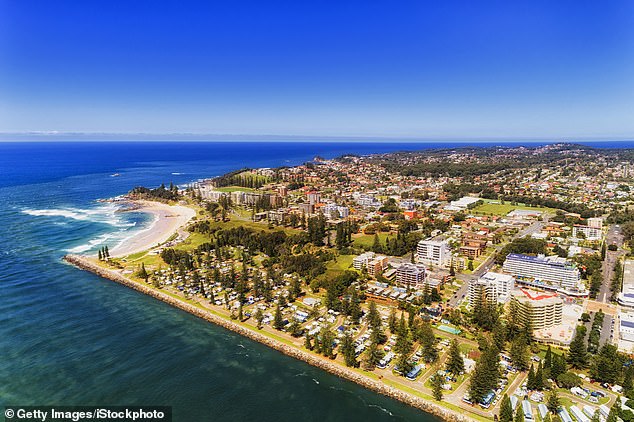 The ServiceNSW app will include security measures to help compliance officers and businesses with checking and validating a customer’s vaccination status.

These include a NSW Waratah logo hologram and rotating QR codes, similar to the digital driver’s licence.

Customers will need to have a MyGov account with Medicare linked and the Express Plus Medicare app.

Those without a smartphone are urged to contact Services Australia for a non-digital option. 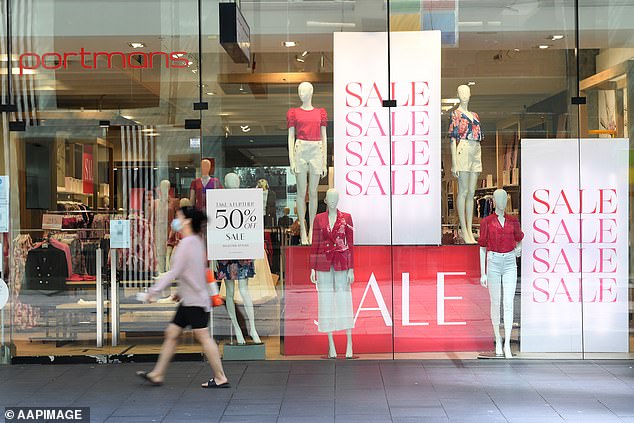 Sydneysiders will have to wait until October 18 to access the passport on the Service NSW app (Pictured, Sydney’s Pitt Street Mall on Saturday)