Australians in regional areas are up in arms about their appointments for the coronavirus vaccine being cancelled and given to HSC students instead.

The NSW government has diverted 40,000 jabs from regional areas to vaccinate Year 12 students in Sydney hotspots as the city’s Covid-19 outbreak worsens.

Aged care worker Angela Murry and her husband Craig from the Newcastle region north of Sydney booked to get the Pfizer jab at the new mass vaccination centre at Belmont.

The couple aged in their 50s were shocked and disappointed to receive a message this week informing their appointments are now on hold, despite constant pleas from the NSW government and health officials for everyone to get jabbed.

‘So, I do the right thing. I sanitise, I go to work, I wear my mask, I use all of my PPE equipment, make the booking, have it cancelled.

She’s among a third of aged care workers who haven’t received the jab.

‘Put it this way, if we were to have an outbreak and the person standing next to me was fully vaccinated, they would possibly keep their job and I would lose mine.

‘That’s not something I’m prepared for I love the people I look after. I love my job, I love what I do.’

Ms Murry has since had her appointment reinstated and is booked in to receive the jab next week.

Her husband Craig hasn’t been so lucky.

‘I’ve tried to go on again and there’s no bookings, nothing available,’ he said. 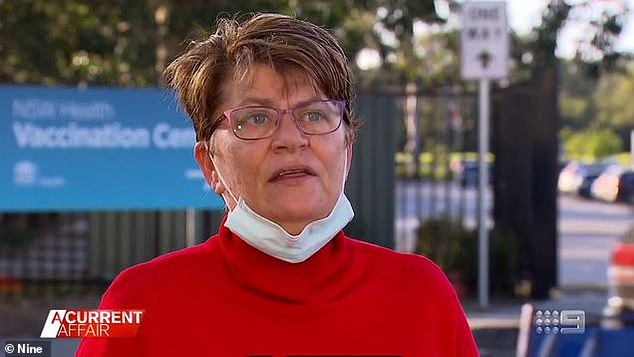 HSC students are due to return to school in the coming weeks for face to face learning as they prepare for their final exams.

Student Keira, who’s scheduled to get the jab next week, agreed the situation is terrible.

‘They’re giving the vaccine to us when it could be going to all of these different people,’ she said.

Orange MP Phil Donato is also furious his constituents in central-west NSW are missing out. 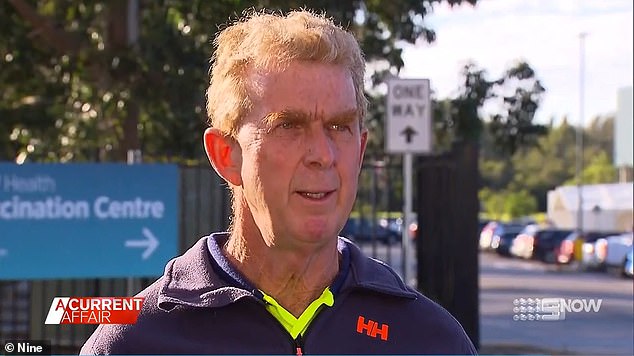 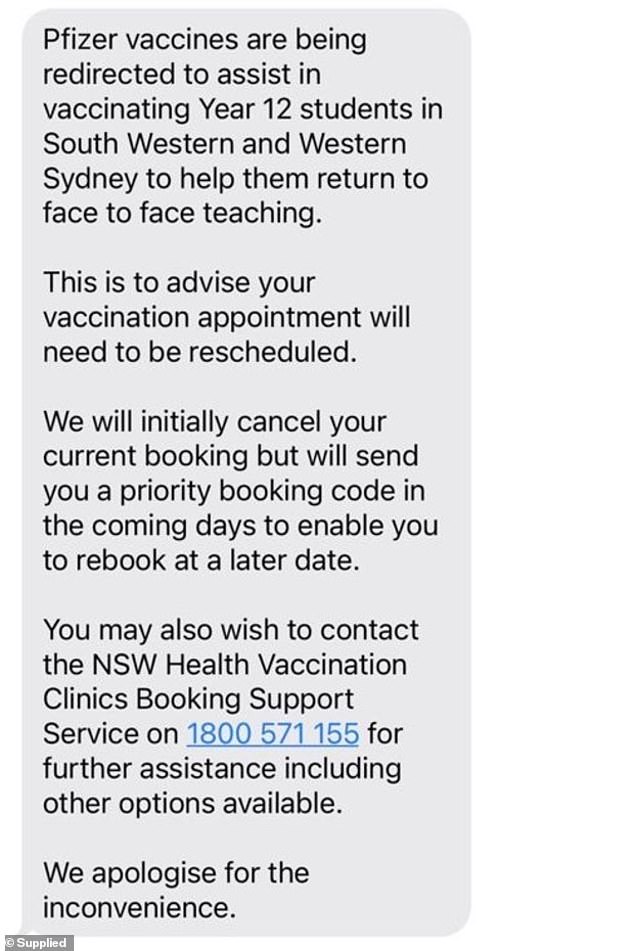 ‘It should be equally fair across all of NSW, we shouldn’t be treated like the poor cousin,’ he said.

NSW Premier Gladys Berejiklian defended the decision on Sunday, where she argued it would not pose a risk to regional areas and vaccination was an important a tool in their battle against the highly infectious Delta strain within red zones in Sydney’s west and south-west. 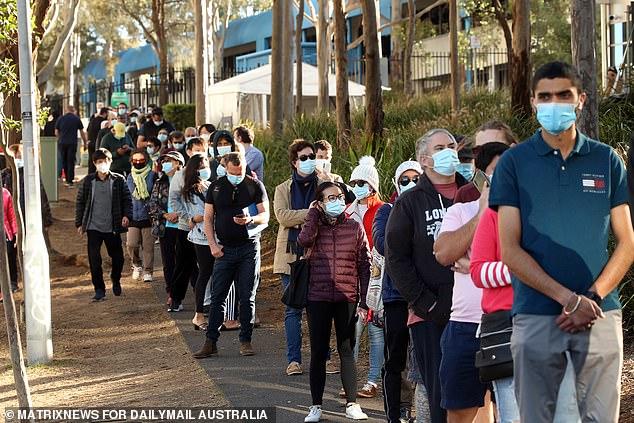 ‘When you consider there are eight million people in NSW, and we have been able to stop the spread of the virus in our regions and other parts of Sydney,’ she said.

‘It is important for us to give those Year 12 students a chance to finish their exams and get rewarded.

‘We know that we are finding younger people are getting the virus and spreading it. It is important particularly for younger people, people up to the 30s in particular, to get access to the vaccine as soon as possible.’

Ms Berejiklian still wants six million jabs in arms by the end of August, despite rediverting doses from rural areas.