A group of university students from Sydney’s east have been slapped with heavy fines by cops after they were caught renting a holiday house amid lockdown.

The eight teenagers – aged between 18 and 19 – rented the house at Catalina near Batemans Bay on the NSW coast.

Officers attended the property about 3.15pm on Wednesday and found the students had breached the public health order and they were each fined $1,000 and directed to leave.

They had travelled from their homes in Bondi, Edgecliff, Bellvue Hill, Balgowlah Heights, and Dover Heights and were staying at the house for the holidays before returning to university.

The latest outbreak began in the wealthy suburbs in mid-June and more than 900 cases having since emerged, with many now in the city’s south-west. 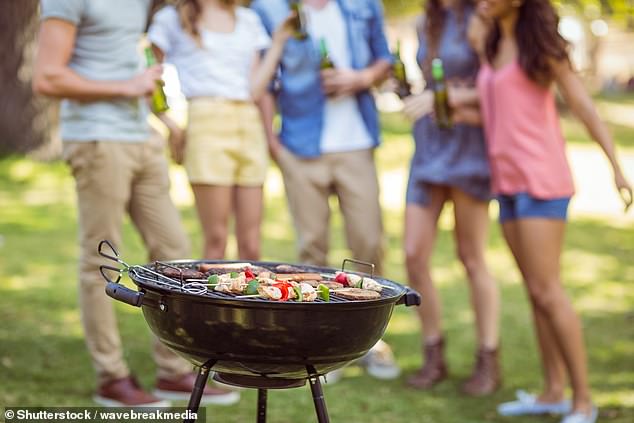 The teenagers were each given a $1,000 fine and told to return to their homes (stock image)

‘This case really shows that Sydneysiders have nowhere to hide in regional areas at the moment,’ Deputy Commissioner Willing said.

‘If you live in Greater Sydney and are thinking of travelling in contravention of the public health order, you should be aware that if police don’t pull you over proactively, the community will let us know you’re there,’ he said.

‘Regional people are actively working with police to protect themselves and their loved ones, which is so important given the incredibly contagious nature of the Delta strain.’

In another incident, police stopped a 22-year-old Blacktown woman and 39-year-old Mt Druitt man at Dean Park early on Wednesday morning and they were issued fines and told to return to their homes.

The pair were stopped again later that day at Quakers Hill about 7.30pm – and police allege they had spent the day travelling to nine suburbs spanning the CBD to Richmond.

They allegedly visited a fast-food outlet and a hotel with two other people.

The duo were charged with failing to comply with Covid directions and are set to front court in August.

More than 200 public health order infringement notices were issued on Wednesday with almost half being $200 fines for not wearing a face mask.

The NSW premier says the number of new local COVID-19 infections is stabilising but warned the numbers are likely to keep bouncing around.

NSW recorded 65 new local COVID-19 cases in the 24 hours to 8pm on Wednesday, but Gladys Berejiklian warned the number of infected people in the community was yet to decline, despite stay-at-home orders. 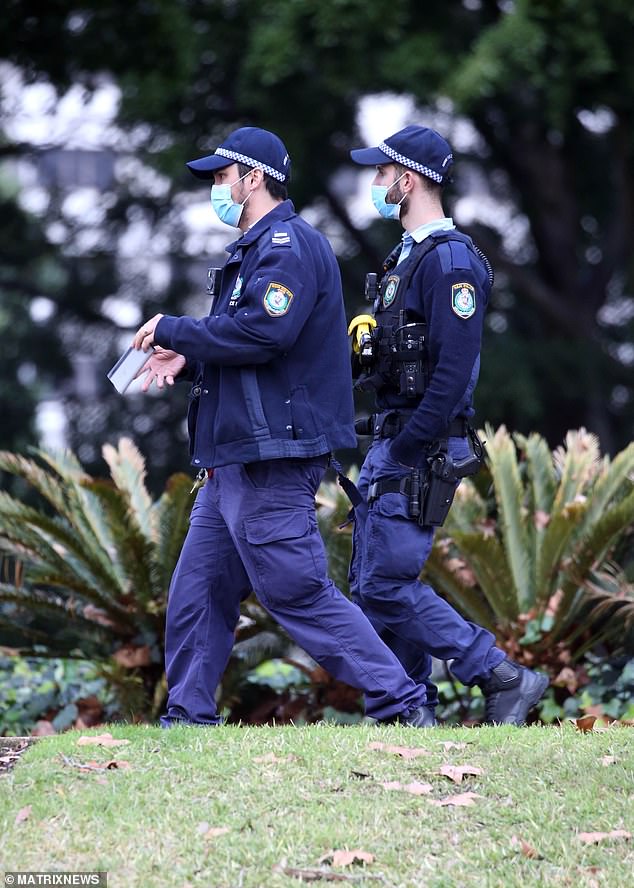 Of the new cases, at least 35 people were out in the community for part or all of their infectious period – a number that authorities want to drive down to zero.

‘It has been a stable number, it hasn’t grown … (but) unless it comes down, we can’t get out of lockdown,’ Ms Berejiklian told reporters.

Five million NSW residents will endure at least another fortnight of lockdown after a run of high daily coronavirus numbers forced the state government on Wednesday to extend stay-at-home measures at least until July 30.