Mr Abbott said the Prime Minister’s claim that Covid restrictions saved the lives of 30,000 meant we’d spent $10million per life preserved when most fatalities were ‘very old and … already sick’.

While Abbott admitted state leaders’ Covid responses came from an ‘ethical concern for the preciousness of life’ ultimately they were ‘overzealous’ and ‘ruined lives’. 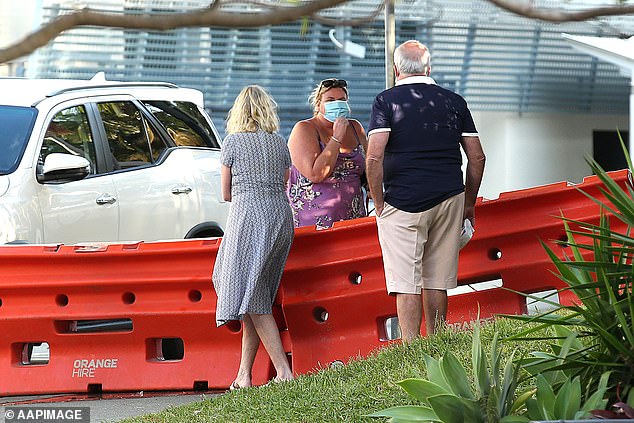 NSW has already ruled out temporarily moving the border, saying it would create even more administrative difficulties for Tweed Shire residents who live outside Tweed Heads

‘It often seemed an over-reaction from people who’d forgotten the inevitability of death and the importance of living each day to the full,’ he wrote in The Australian.

Mr Abbott said a government’s duty was to ‘minimise’ suffering not some ‘vain quest to abolish it’.

One of his main points was the high expense paid for losing ‘freedoms’ – not gain them.

Mr Abbott claimed ‘$350billion (about 20 per cent of annual GDP)’ was spent on paying people ‘not to work’ and to keep businesses closed. 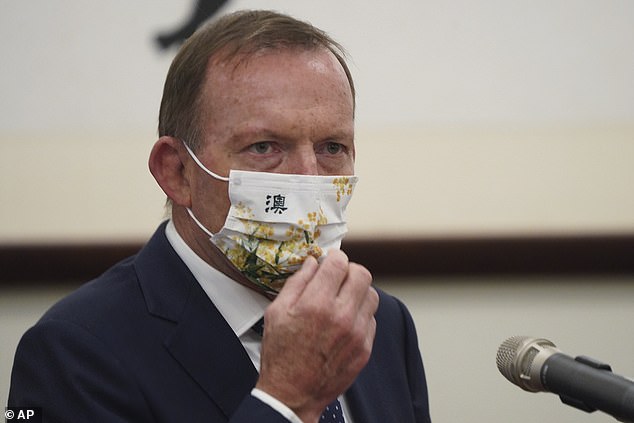 He also claimed contradictions in how Australia managed the threat of Covid were so bad that reminded him of a famously deranged claim made by an American officer during the Vietnam war.

‘So we’ve protected lives and ruined them at the same time; a bit like the Vietnam-era American officer who declared the village had to be destroyed in order to be saved,’ Abbott said.

The ‘worst features’ of states’ pandemic responses, he said, were ‘oppressive rules for which there’s been no medical justification’.

He claimed these included ‘routinely denying families the right to farewell loved ones in person’, ‘curfews and mask mandates outdoors’.

Mr Abbott himself was busted for not wearing a mask outdoors last month and fined $500, later branding the person who reported him a ‘snitch’.

There were several high profile examples of families caught between states or denied access to dying relatives during the pandemic.

James Turbitt, 35, was denied entry into Western Australia to farewell his dying mother in June.

The grieving son was forced to farewell his mum in Perth from Melbourne hotel via a bad connection on a zoom call. 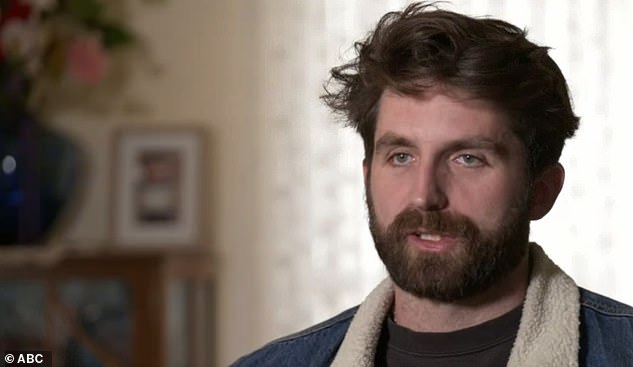 A son who flew from Europe only to be forced to farewell his dying mother in Perth from a Melbourne hotel room is embarrassed to be Australian. Western Australia’s Labor Premier Mark McGowan in June refused to allowed James Turbitt (pictured) into the state to see his mum for the last time in person

Separated families were forced to celebrate Father’s Day across a bollard on the border of Queensland and NSW last month.

In another instance Queensland couple Dominique Facer and Mick Francis were preventing from seeing their three year old son Memphis, for two months in 2021.

That happened after he went to visit his grandparents Mark and Alex on a cattle station more than 1500 kilometres away in the NSW Riverina region.

Mr Abbott called policies that separated people in nursing homes from loved ones ‘cruel’ because they were being ‘denied the human contact which is normally what they most live for’. 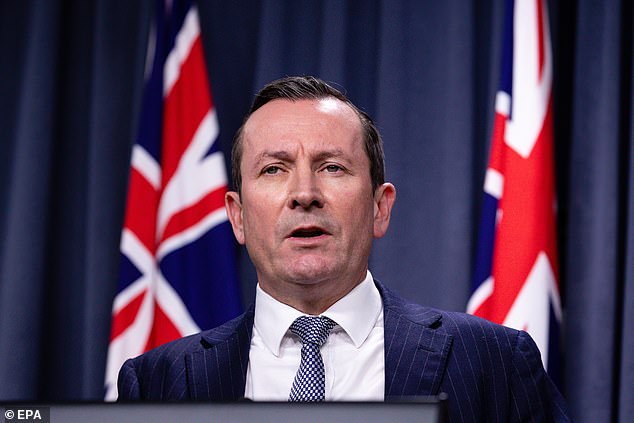 Western Australia, which denied a man’s wishing to see his dying mother, is now stipulating that anyone who visits from another part of the country must be vaccinated

He also slammed ‘overzealous policing’, policies amounting to ‘virtual house arrest’ and the denial by states to allow individuals to go interstate for medical treatment or reunite with family members.

Mr Abbott said we had become ‘timid and fearful people’ in an ‘anxious’ society ‘can’t readily distinguish between big crises and little ones’ – although he conceded the pandemic was ‘a significant health challenge’. 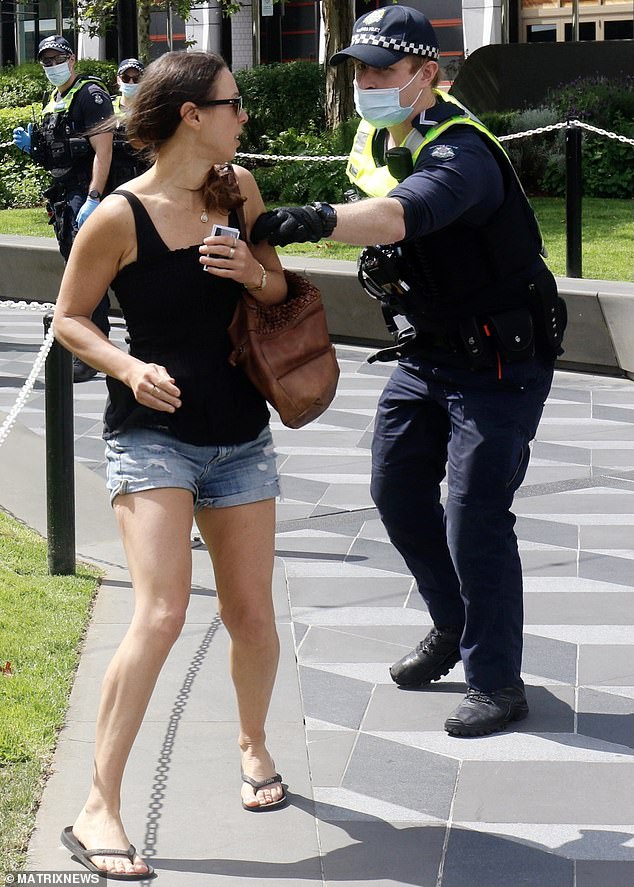 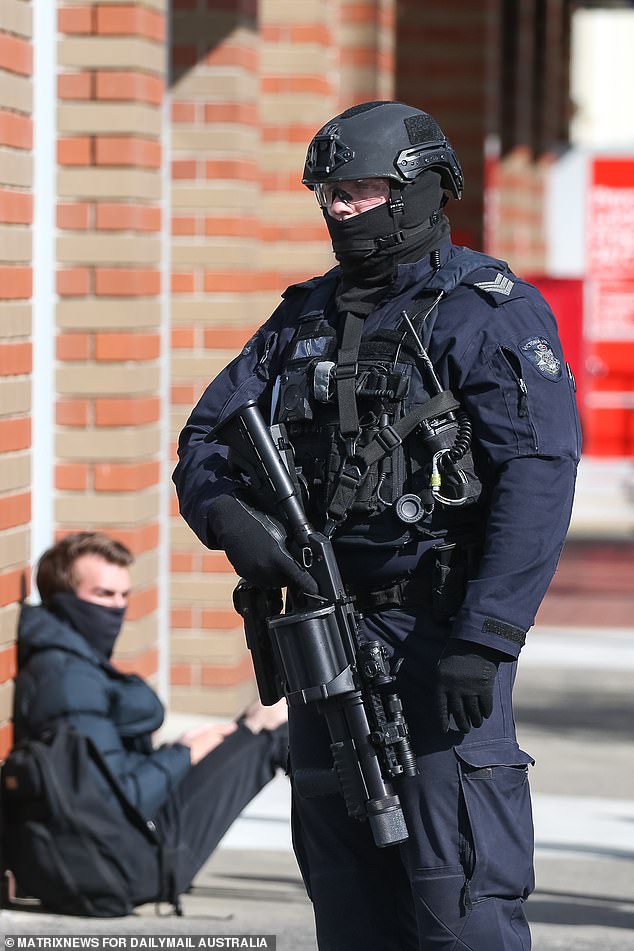 Police attending protests in Melbourne were at times heavily armed

Mr Abbott said our ‘What does it say about our ­national character that we’ve ­accepted this?’