Mark McGowan has mocked his NSW counterpart Gladys Berejiklian and refused to budge on his plan to keep Western Australia’s borders closed until mid-2022 after bragging about the state’s record surplus.

Asked by a reporter at Friday’s Covid press conference if Ms Berejiklian’s road map out of lockdown could prompt a change to Mr McGowan’s plan to keep WA closed until as late as April 2022, the premier interrupted to ask, ‘Who’s Gladys?’

When the reporter clarified she meant Ms Berejiklian, Mr McGowan added: ‘Yeah, I was just making sure we were talking about the same Gladys.’ 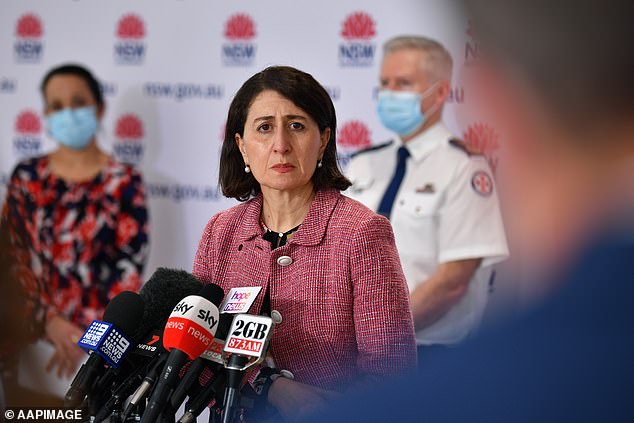 Mr McGowan previously said he wouldn’t allow interstate travel to or from WA until more than 80 per cent of residents in his state are fully vaccinated but is yet to confirm when he expects that target to be reached.

He has since said the WA border may remain shut until April 2022, while boasting the international travel ban has been good for his economy.

The WA premier used Friday’s press conference to further slight the NSW government, mentioning the bailout packages he had organised. 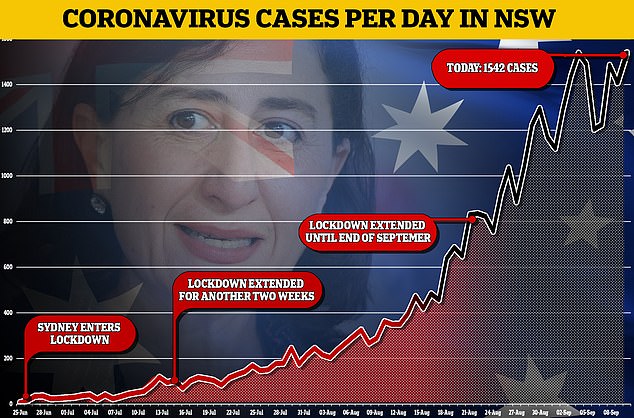 NSW reported 1,542 new locally-acquired cases on Friday, and a total of 13,022 active cases 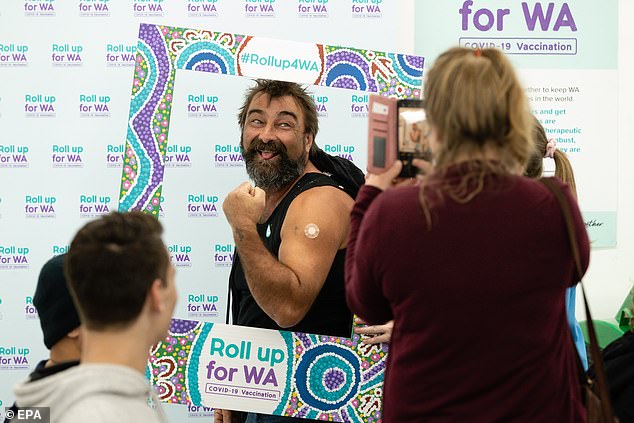 A member of the public has his picture taken after receiving a Pfizer vaccination at a COVID-19 mass vaccination clinic in Midland, east Perth on Thursday

On Thursday McGowan, who appointed himself WA treasurer, delivered a record $5.6billion budget surplus for his state, which produces the biggest share of Australia’s exports.

He boasted that in spite of the pandemic ‘we have delivered the best economic and social outcomes in Australia and possibly the world’.

WA Health reported no new cases of Covid-19 on Friday. The state’s total remains at 1,088 cases, of which 1077 have recovered.

NSW by comparison reported 1,542 new locally-acquired cases on Friday, and has a total of 13,022 active cases.

‘Mark McGowan is the Gollum of Australian politics,’ Mr Perrottet said on SkyNews.

‘You can just picture him over there in his cave with his “little precious” – the GST.’

WA’s massive surplus was driven in part by GST paid on mining exports, as a result of high iron ore prices.

GST revenue contributed over $4.5billion to WA’s finances in 2020-21, with more than $5billion expected to come this financial year.

Mr McGowan is the last Australian premier holding out with a Covid-zero strategy.

He plans to wait until his state reaches between 80 and 90 per cent vaccination rates to open up. 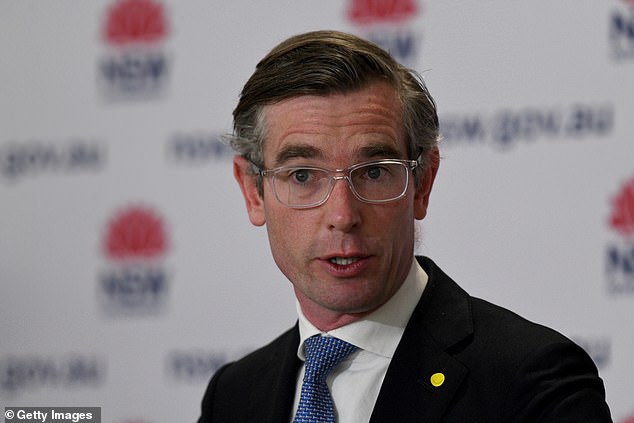 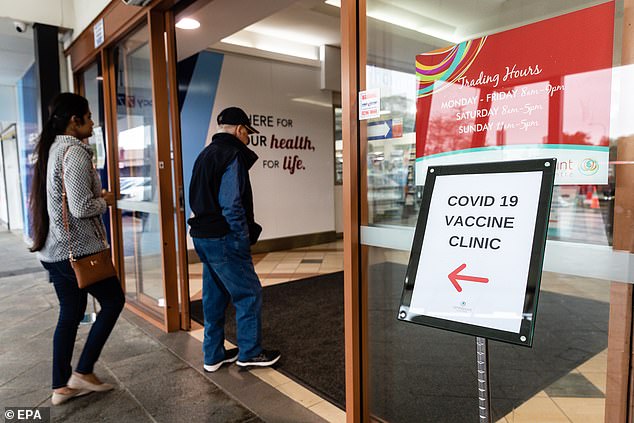 ‘Somewhere above 80 per cent we’ll try and set the date. I don’t know whether it’ll be February, March or April, I suspect it will be one of those months,’ he told The West Australian.

‘I think they’ll get vaccinated sooner than that.

‘He’s making assumptions that West Australians won’t get vaccinated until some time in January.