UFC staged a full fight card in front of an empty stadium in Brasilia on Saturday night as Dana White revealed the sport would fight on despite the coronavirus pandemic.

A host of major sporting events have been cancelled across the world in a bid to stop the spread of the virus but UFC remains determined to fight on.

White sought advice from America’s president, Donald Trump, as he decided whether or not to press on with his schedule and has vowed to continue. 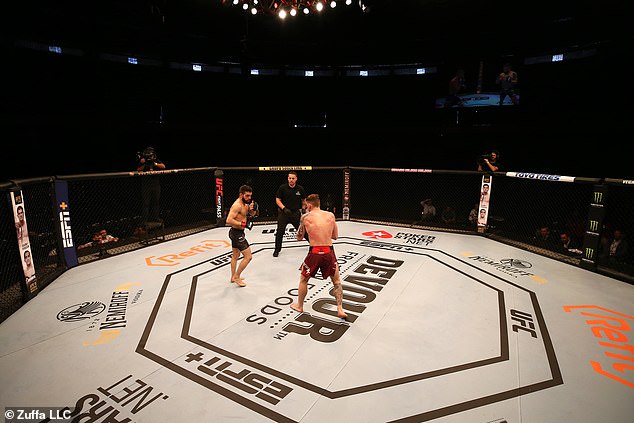 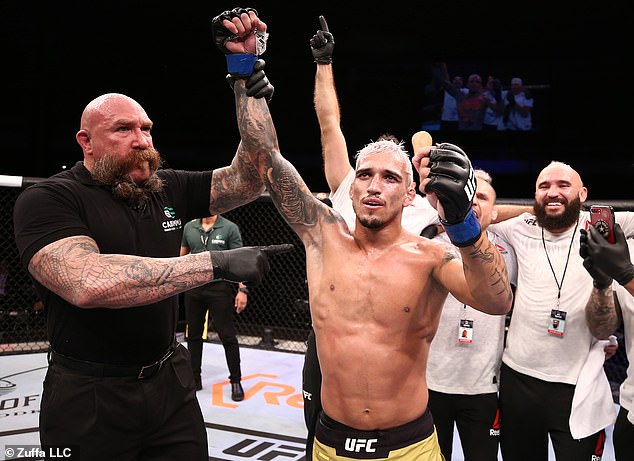 ‘We’re not stopping,’ White said on ESPN. ‘We will keep finding a way to put on the fights. I’m in the fight business. I’ve been doing this for over 20 years, and this stuff happens to me every weekend – obviously not at this level.’

‘Unless there’s a total shutdown of the country where people can’t leave their houses and things like that, these fights will happen,’ White said.

‘We will find venues and we will figure this out. The only thing that’s going to stop us is a complete government shutdown where people are confined to their homes.’

Saturday night’s event was given a primetime slot as ESPN shifted the event from their ESPN+ platform to their main channel.

A full 12-bout card was fulfilled, as the main event saw Charles Oliveira defeat Kevin Lee by submission in the third round of the contest.

But there was a surreal lack of atmosphere, with just the fighters, their teams and TV crews present after local government banned mass public gatherings prior to the event. 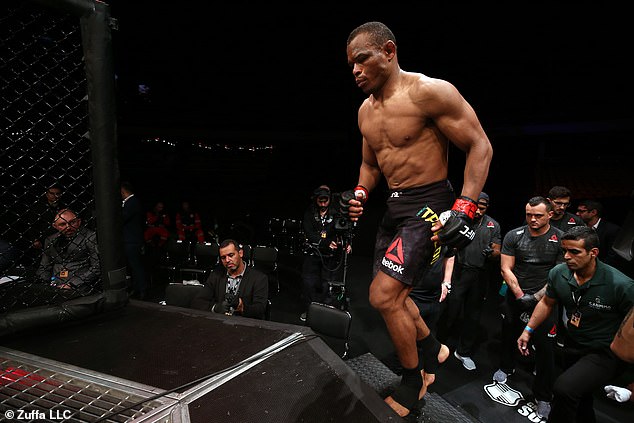 Outside the stadium, the UFC had already put in place areas for supporters to gather prior to the fights and erected signage but there wasn’t a fan in sight to make use of the facilities.

Despite the absence of fans in the arena, the fighters’ ring walk music was still played as they made their way into the octagon as broadcasters attempted to maintain the illusion of normalcy.

But the voices of the fighters and the instructions from their trainers were audible throughout each contest, while the celebrations of the victors echoed.

After hometown fighter Renato Moicano defeated Damir Hadzovic after 44 seconds of the opening round, interviewer Michael Bisping instinctively asked the crowd to ‘make some noise’ but Moicano was denied the adulation of local supporters.

‘I’m very frustrated because today I fought in my hometown, and I don’t see nobody,’ Moicano said. ‘I didn’t see familiar faces. I didn’t see my family over here. I don’t know what to say.’

The lack of atmosphere may have contributed to the small number of stoppages on the night, which saw the first nine contests go to the judges cards.

The UFC is set to stage a fight card at London’s 02 Arena next Saturday night and will push through with that event unless the UK government implements restrictions on sporting events this week.