A man in New South Wales, an elderly man in Tasmania and a person in Victoria have died of coronavirus, taking the national death toll to 54.

The victim in NSW was a 69-year-old Newcastle man who caught the virus on a trip inter-state.

The Tasmanian was described as an elderly man who died in Northwest Hospital overnight. The Victorian’s age and gender have not been released.

There were four new cases in Tasmania and three new cases were recorded in the ACT, taking the territory’s total to 103.

The news comes amid fears Australia could be trapped in coronavirus lockdown until the start of 2021.

Experts say the tough social distancing measures will mean not enough people are immune to the deadly bug.

The Federal Government took swift action to stop the spread of COVID-19 – which has killed nearly 90,000 people worldwide – and infection rates across Australia are relatively low, with 6,109 cases and 51 deaths to date.

But this could prove to be a double-edged sword, with any relaxation of lockdown restrictions potentially creating a huge spike in cases, scientists predicted.

Overseas, in countries such as America – where nearly half-a-million people have been infected – lockdowns could end within just a few months, or even weeks. 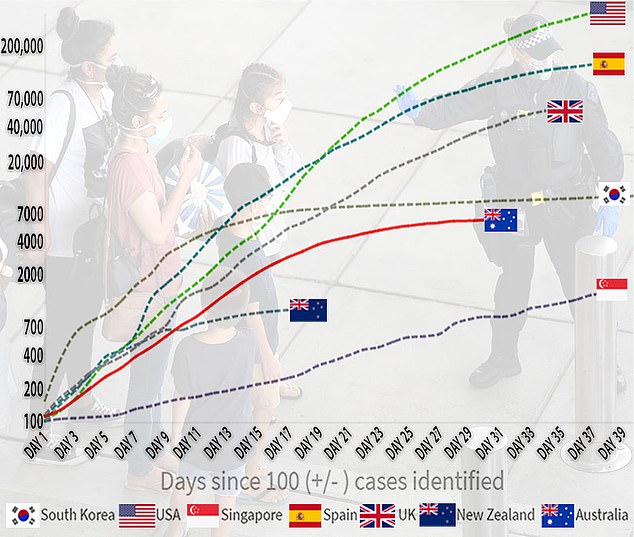 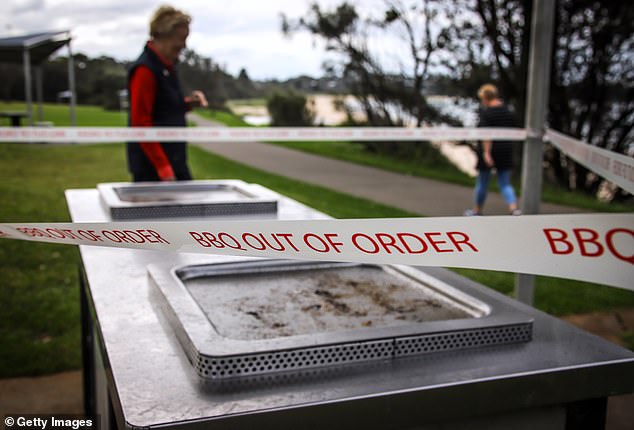 Restrictions that have seen the closure of parks, beaches, public BBQs (pictured on April 7 in Mollymook) and restaurants could go on for months to come

This is because huge swathes of the population will have been struck down with the virus and either died or recovered, making them immune.

But in Australia, not enough people will have been exposed to COVID-19 – meaning it could still prove fatal for the elderly and those with pre-existing medical conditions.

The situation has the potential to create a dangerous new social stratification in Australia, with healthy people allowed outside and the elderly trapped in their homes until a vaccine is produced.

Paul Komesaroff, Professor of Medicine at Monash University, told Daily Mail Australia the Federal Government’s ‘responsible’ approach to the pandemic may be a mixed blessing.

‘In the UK and the United States – because of the irresponsibility of the political leaders – they missed the opportunity to impose restrictions early and huge numbers of people are getting the disease,’ he explained.

‘But it does mean that the peak is very, very sharp, and it may well be that the timeline for them is shorter than it will be for us. Ironically.’

A world-leading specialist on epidemic response, Professor Komesaroff said the strategy means Australia will likely avoid the ‘terrible suffering’ seen overseas, and be able to provide proper treatment to all patients hospital.

‘If we don’t have these measures, one person can lead to 400 other cases within a month,’ he said.

‘That is the sort of explosive epidemic we’ve seen in other countries. And we just cannot afford at this stage to be considering that happening.’

Despite the stark warning, Professor Kelly hinted at what the ‘road out’ might look like for Australia.

He said mass testing and a readiness to re-introduce restrictions were key.

‘The fear is that as we start to lift those measures and allow people to get on with their lives, there are still a lot of susceptible people left in the population who could get infected, and we want to avoid seeing a further outbreak occur,’ he said. 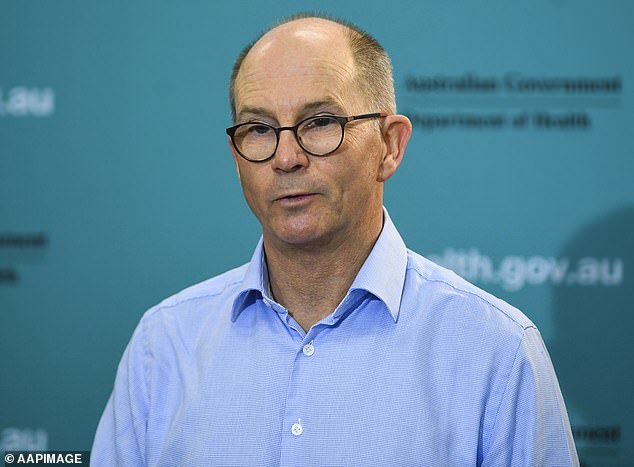 ‘To prevent that we really need to have very good testing, very good situational awareness of what might be happening out there in the population as we lift those measures.

‘We need to be ready to detect and isolate cases as soon as they’re discovered, and potentially to re-introduce some of those social distancing measures if we get a hint of a second wave.’

Asked if Australia’s borders would have to kept closed for up to two years until a vaccine was found, the professor did not rule out the possibility.

‘That depends on what is happening in the rest of the world in terms of the epidemic and, of course, the vaccine,’ he said.

‘If we have a vaccine which does work, and does give lasting immunity and can be rolled out across the world, not just in Australia, then that changes everything.

‘Certainly the border closures will be a component of what needs to happen into the future. How that would actually work remains to be seen. 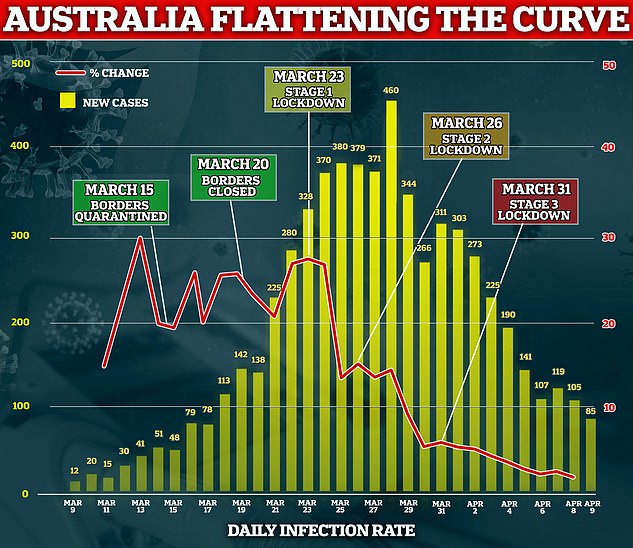 Australia’s daily infection rate has dropped significantly, but the aim of flattening the curve is not to stop people getting COVID-19 – but to ensure it is contracted gradually, experts said

‘We are an island, of course, and that’s our advantage. But we also do need to our trade both back and forth, to continue in the society that we love.’

On a positive note, Professor Kelly said the infection rate was heading below one, meaning one patient passes the virus on to less than one person on average.

‘Once you get to that point, the epidemic dies out. At the moment, we’re probably on the cusp of that in Australia,’ he said.

At the start of today’s press conference, the professor addressed claims in media around the world that scientists are close to a cure.

‘I just want to reiterate that there is no specific treatment yet proven to be able to cure this virus,’ he said.

Professor Kelly said several treatments are being developed and are in clinical trials.

He also said he was ‘concerned’ about reports that people in Japan and South Korea have been infected again after overcoming the virus, leading to fears the virus is mutating.

If people can get re-infected then making a vaccine is going to be much harder.

‘If immunity does not last for a long time that has implications for the vaccine. If there are slight changes in the virus that leads us to be able to be re-infected, that also has vaccine implications,’ he said.

Earlier today it was announced that a man in New South Wales and a person in Victoria have died of coronavirus, taking the national death toll to 53.

The victim in NSW was a 69-year-old Newcastle man who caught the virus on a trip inter-state. The Victorian’s age and gender have not been released.

Three new cases were recorded in the ACT, taking the territory’s total to 103.