Coronavirus conspiracy theorist Eve Black has made a bizarre court appearance with a man named ‘Zeb Secured Party Creditor’ who had a noisy parrot sitting on his shoulder for the entire appearance.

Black, whose real name is Eve Limberiou, faces fines of up to $10,000 for filming herself driving through a police checkpoint in defiance of COVID lockdown laws.

The 28-year-old became a national disgrace after performing the stunt and uploading the video to Facebook, where she was largely slammed.

Eve Black (pictured) was arrested on Wednesday while again refusing to give police her details at a checkpoint in Carlton, Melbourne

How Black Ran The Guantlet

Black had filmed and uploaded to Facebook her first, successful, attempt at gaming the system during the height of the COBID_19 pandemic last year.

When the officer asked her where she was headed and why she was attempting to leave, Black simply told him she didn’t need to share that information.

Black was widely condemned after posting the video and was threatened with arrest by Victoria’s assistant police commissioner.

After that video went viral, the 28-year-old tried the same trick again in the inner-city suburb of Carlton but was far less successful.

Black appeared in the Melbourne Magistrates’ Court on Tuesday via a phone link where a man who identified himself as ‘Zeb Secured Party Creditor’ represented her as a ‘friend of the court’.

Such representatives are permitted when a person appears in court without a lawyer.

Mr Secured Party Creditor – who advised the court that he had changed his name through ‘uniform commercial code filings’ – advised he would appear for Black as a ‘McKenzie friend’ as he was not a certified lawyer.

He appeared in court with a parrot, which proceeded to squawk throughout the farcical proceeding.

Black’s representative claimed he had 20 years experience as a legal practitioner before making a submission the magistrate had never heard of.

Black faces a charge of failing to provide her details to police when they pounced on her in Carlton last year.

‘We’re seeking either a plea of abatement due to some very incorrect filing being done and/or to have this discharged and/or thrown out due to the misleading and contrary, conflicting claims and statements and charges that she’s been presented with,’ Mr Secured Party Creditor said.

Black claims that she did give police her correct details when asked by police.

‘Okay, so what you’re saying then on behalf of Ms Limberiou is that she’s wanting to plead not guilty,’ Judicial Registrar Alison Paton responded.

‘What do you mean by a plea and abatement? That’s not a term that’s available in this court.’ 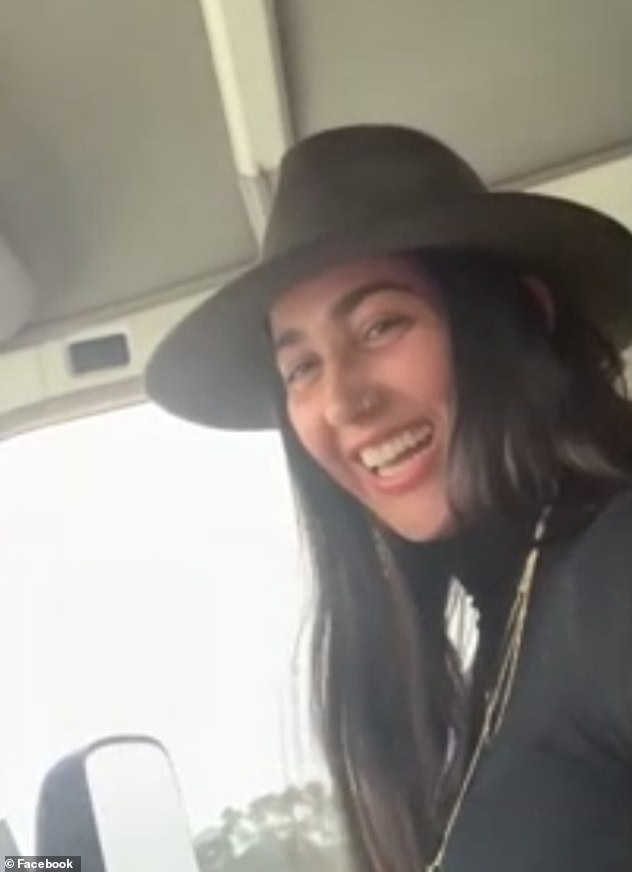 In the now viral video she shared on Thursday, Black is seen speeding off while laughing and celebrating 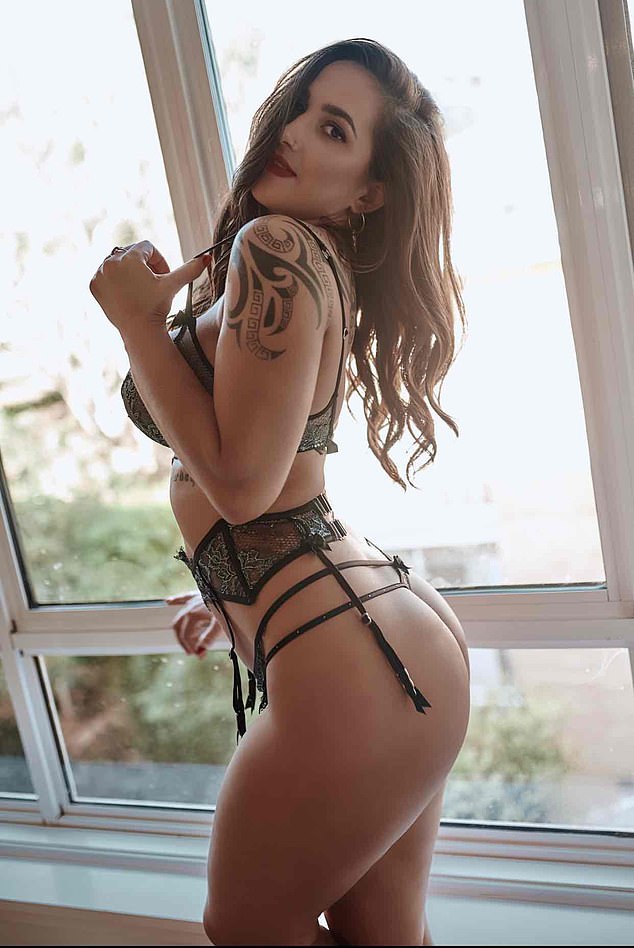 Eve Black dances in Melbourne under the name Eden. She wore more clothes when she was arrested by police this week

Court documents reveal police allege Black locked herself inside her car and refused to comply with directions when they found her in Carlton on July 29.

The officers claim she filmed them on her mobile phone before they were forced to smash their way into the vehicle and arrest her.

She eventually complied after spending some time in the back of a divisional van.

Black’s representative continued to complain that police had mucked up his friend’s charges, claiming she had been referred to as a male.

In August, it was revealed Black was all woman and had in fact appeared in raunchy photographs on stripper website Chase Strippers.

She had been arrested after a manhunt where police were allegedly forced to smash her car window in to arrest her.

Victorian Premier Daniel Andrews lashed out at the Black at the time, declaring the COVID restrictions were not about human rights.

‘This is about human life’, he said.

Mr Andrew’s takedown of Black came at a time when coronavirus deniers were making life hell for police and shop workers trying to enforce mask wearing.

Black had gloated in a Facebook video about making it through a Melbourne COVID-19 roadblock without telling officers where she was going.

After that video went viral, she tried the same trick again in the inner-city suburb of Carlton but was far less successful. 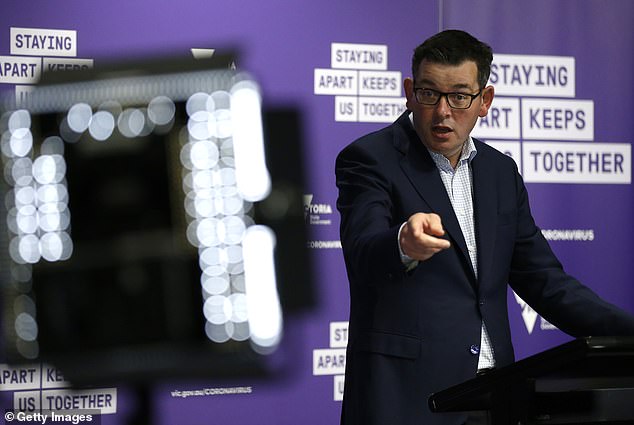 Victorian Premier Daniel Andrews (pictured) warned that people who film themselves ignoring police could face ‘significant fines’ of up to $10,000 in court

‘She was asked to provide her name and address which she refused to do. Police then directed her to produce her driver’s licence and explain her reason for travel, which she also refused to comply with,’ Victoria Police said at the time.

‘This led to police arresting her. During the arrest, police were forced to break the woman’s car window as she refused to speak to them, wind down her window, or step out of the vehicle.

Black, who has since moved to Brisdbane, was arrested and charged with failing to hand over her driver’s licence, not giving her name and address, breaching coronavirus public health orders, and traffic offences.

She was released on summons to face court.

Mr Secured Party Creditor attempted to get details of Black’s alleged offending suppressed from the public, citing privacy laws – which do apply in the magistrate’s court.

‘She’s copped enough by the media in the past 12-months or so since this started and she would like to maintain her privacy and there is no consent given from Ms Limberiou for any media or public outlets to access any of her information or to tarnish her good name in the media any further,’ he said.

The request was refused and a summary of Black’s alleged offending and charge sheets were handed over by the court to all media outlets.

The matter was adjourned until July to allow Black to have discussions with police about how the matter might progress.