Australians could pay less for meat as Chinese demand decreases amid the coronavirus outbreak.

The local meat industry is now diverting products away from China, resulting in a surplus of meat in Australia and lower prices for consumers.

Scotch fillet cube rolls cost up to $30 a kilogram last year, but are now fetching for as low as $21 in the domestic wholesale market, according to Beef Central.

Meanwhile, beef trim that cost $12 a kilogram late last year is down to $7.

In China, tens of thousands of meat-based restaurants have closed down, including McDonald’s, KFC, Pizza Hut, Taco Bell and popular hotpot chains.

In addition, the closure of some major Chinese ports has meant Australian meat exports have either sat idly or been severely delayed.

The local meat industry is now diverting products away from China, resulting in a surplus of meat in Australia and lower prices for consumers. Scotch fillet cube rolls cost up $30 a kilo last year but are now fetching for as low as $21 in the domestic market, according to Beef Central

Meat and Livestock Australia (MLA) said that ‘short-term market disruption is expected’ as a result of coronavirus.

But the World Health Organisation (WHO) has warned of catastrophic economic consequences as it could take 18 months for a coronavirus vaccine to be created.

‘Incomes may fall in China and we may eventually see less growth in sales of premium food and beverages as that wealth effect starts to kick in,’ Mr Hunt said.

‘And this may start to go beyond just food service sales and logistical disruptions to potentially impacting consumption in general of meat, dairy, grains and seafood.’

Mr Hunt said the coronavirus outbreak will have a much bigger impact on Australian prices than the 2003 SARS crisis as we now have a ‘much larger exposure to China’.

‘With the stronger links that have been developed between Australia and China in terms of exports, tourism, education and investment, we have a very different environment in which we might see the potential impacts of coronavirus this time compared to SARS in 2003,’ Mr Hunt said. 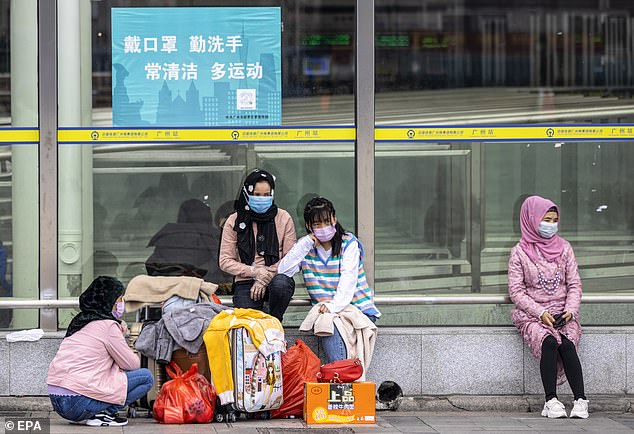 People wearing masks to protect themselves from coronavirus in Guangzhou, China. Less people are going out to eat in the country to reduce the risk of being infected. This is reducing the demand for Australian meat in China

With major ports closed due to coronavirus and the Lunar New Year, some have slowly begun to start operating again.

NSW company Northern Cooperative Meat Company (NCMC) has been delayed by up to nine days with exports frozen in closed Chinese docks.

‘They were supposed to open on January 30 or 31, after Chinese New Year, so there’s up to eight or nine days where product would have been landing in China and hasn’t been cleared through the ports,’ NCMC CEO Simon Stahl told the ABC.

‘It’s going to be problematic of how much product can then actually go into market and into warehouses within these cities.’

Mr Stahl hinted that surplus meat will be redirected to Australia as overseas opportunities will be limited.

‘Operators, including ourselves, that are processing will look to other markets but as you can imagine the rest of the world will be thinking the same as well, so the opportunity to fill those markets is going to be limited,’ he said. 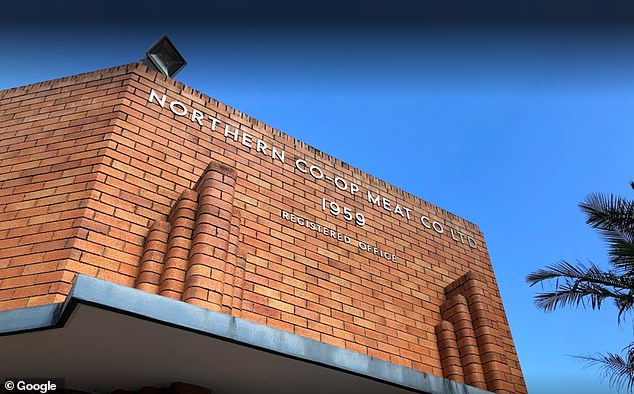 NSW company Northern Cooperative Meat Company (NCMC) has been delayed by up to nine days with exports frozen in closed Chinese docks. The company’s CEO said it is ‘problematic’ how the country will deal with the backlog of meat

Australian sheepmeat exports to the Asian superpower also increased from 24 per cent to 33 per cent last year.

The Asian superpower imported the largest amount of protein through customs in its history last year – six million tonnes.

African Swine Fever decimated the Chinese pork industry, resulting in a 67 per cent increase in global pork imports from 2018 to 2019.

On Tuesday, 2,000 tons of imported pork was sent in trucks from Shanghai Yangshan Port to Wuhan after delays due to coronavirus and the Lunar New Year.

While Australians may enjoy lower prices for meat due to coronavirus, Rabobank’s Mr Hunt warned that a slowing Chinese economy, will also slow the Australian economy.

‘The Aussie dollar and the New Zealand dollar will depreciate significantly and that will offset to, at least some extent, the falling prices for key commodities,’ he said. 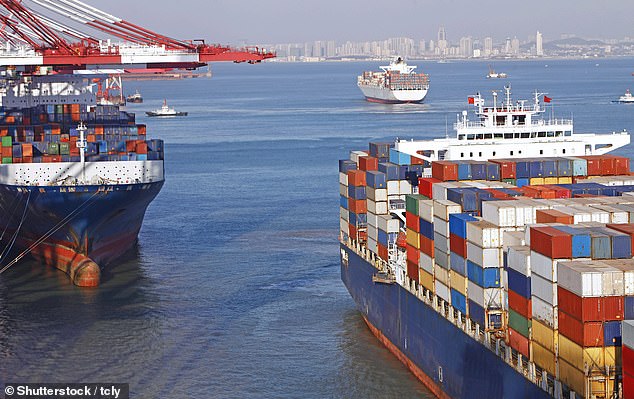 Qingdao port has strict preventative measures in place to stop the spread of coronavirus. China became Australia’s top beef export market last year, increasing its share of Australian exports from 14 per cent in 2018 to 24 per cent in 2019