Coronavirus deaths rise for FIFTH week in a row in England and Wales with 36% rise to 438 in early October and now make up 4.4% of all fatalities

The number of people dying of Covid-19 in England and Wales has risen for the fifth week in a row to 438 between October 3 and 9.

Deaths from the disease have now been rising continuously since September 11, when the trend turned after 19 straight weeks of decline in the wake of March’s lockdown.

Office for National Statistics data show the most recent week’s figure marks a 36 per cent increase on the 321 who died in the week up to October 2, and is more than double the 215 the week before that.

Coronavirus now accounts for 4.4 per cent of all deaths in the two nations – one in every 23.

People in the North West are dying in the greatest numbers, the ONS report showed in statistics that mirror the daily infection, hospital admissions and death statistics from the Department of Health.

Much of the region is now locked down under the tightest Tier Three rules which ban socialising, travel and social drinking, with Liverpool and Merseyside already abiding by the tightest rules and the Government hours away from forcing the Greater Manchester area to follow suit.

Regional differences show that deaths were highest in the North West of England, where the second wave of coronavirus has taken hold most fiercely.

In North-East England, which is also being badly affected, 60 Covid-19 deaths were registered in the week to October 9.

Registered deaths involving Covid-19 increased week-on-week in all but two regions of England in the week to October 9 – the exceptions were the East and South East.

In Wales the weekly total increased from 25 to 37. 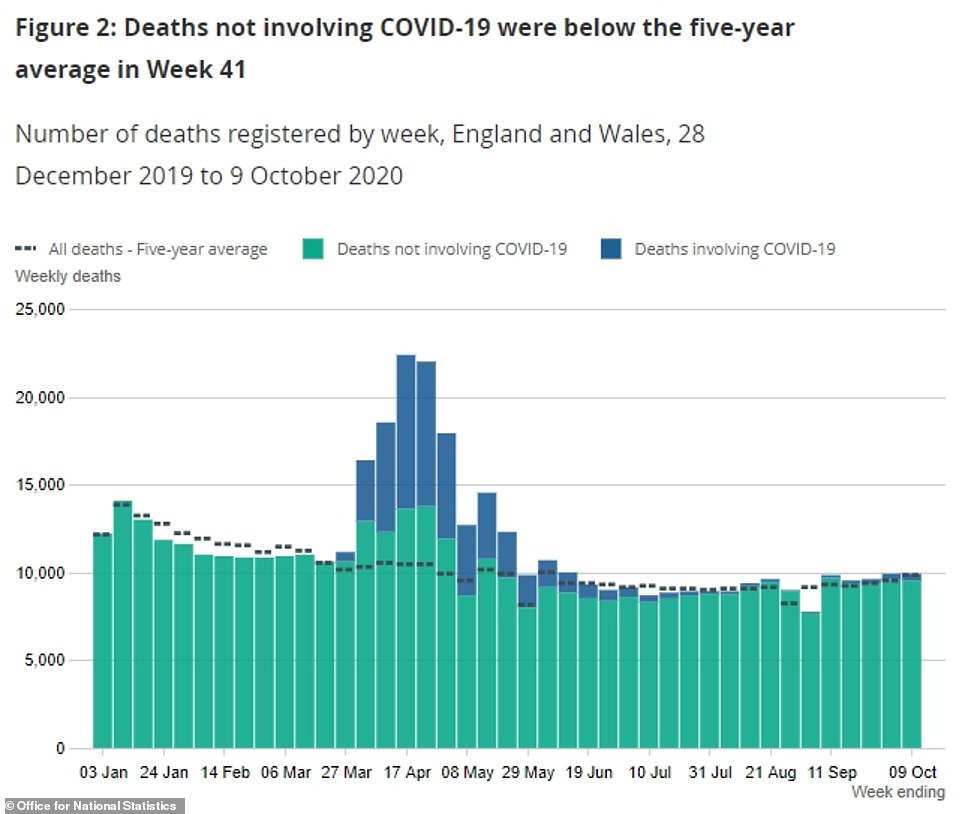 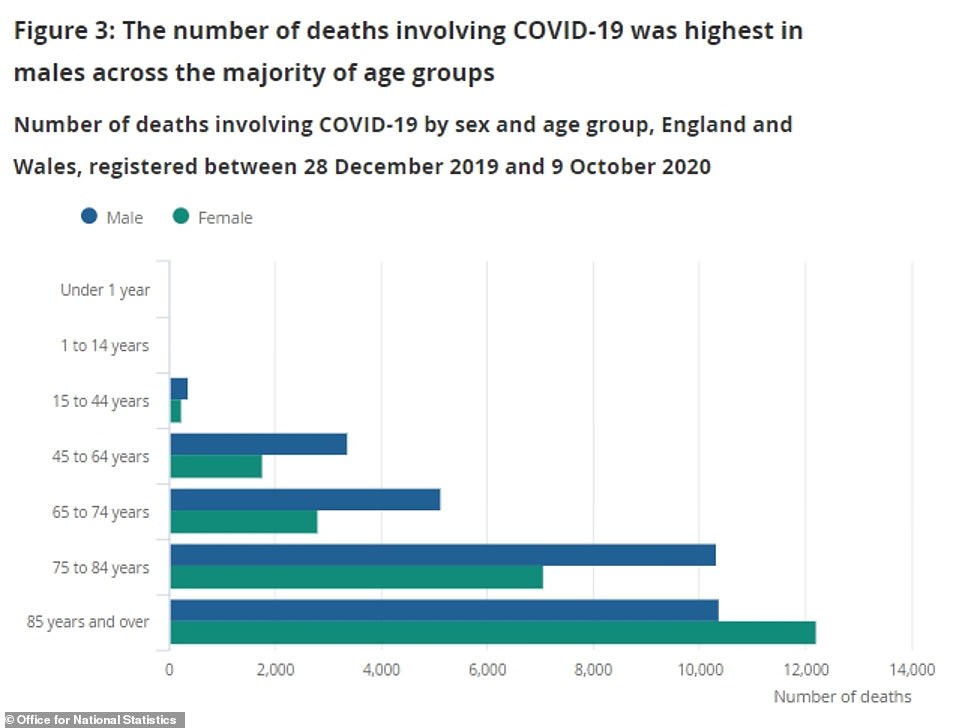 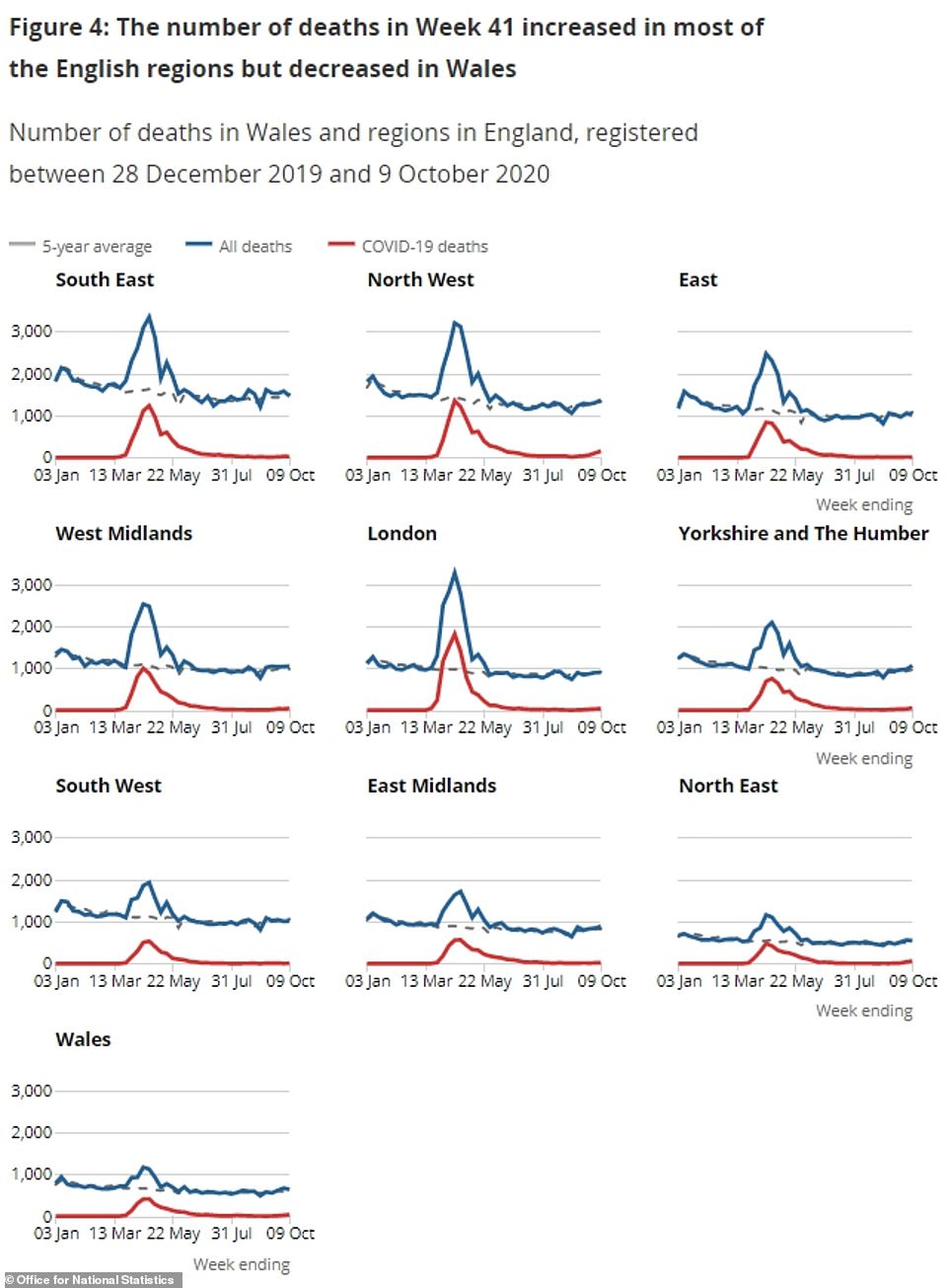 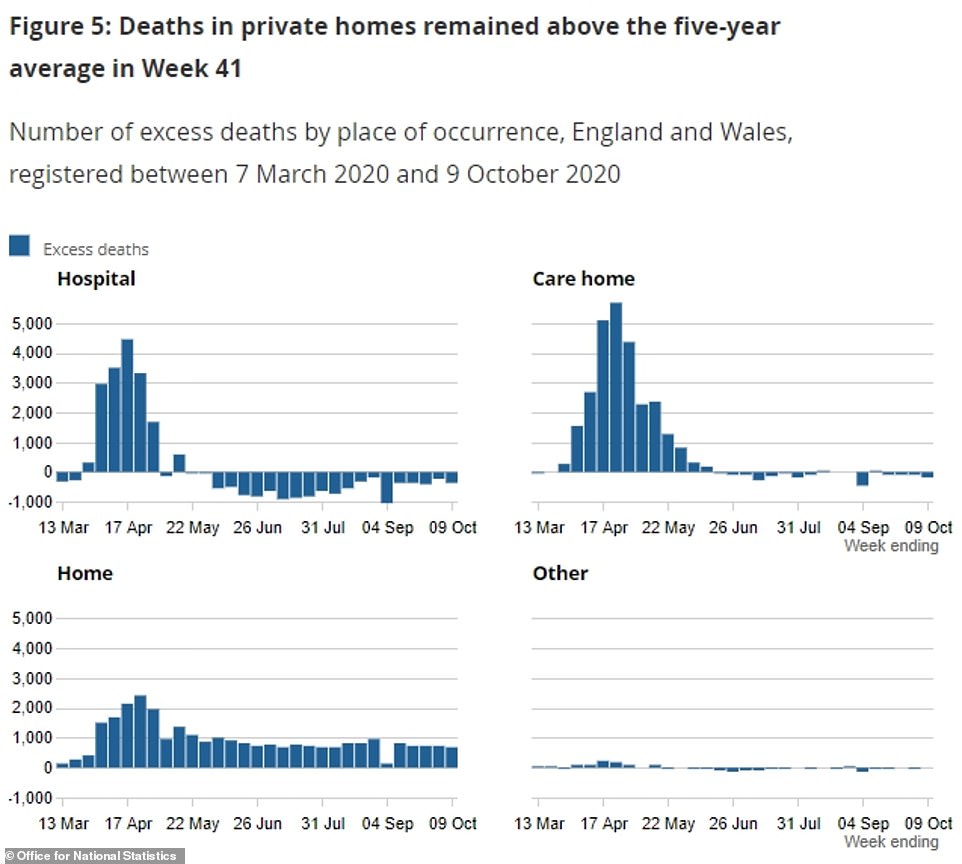 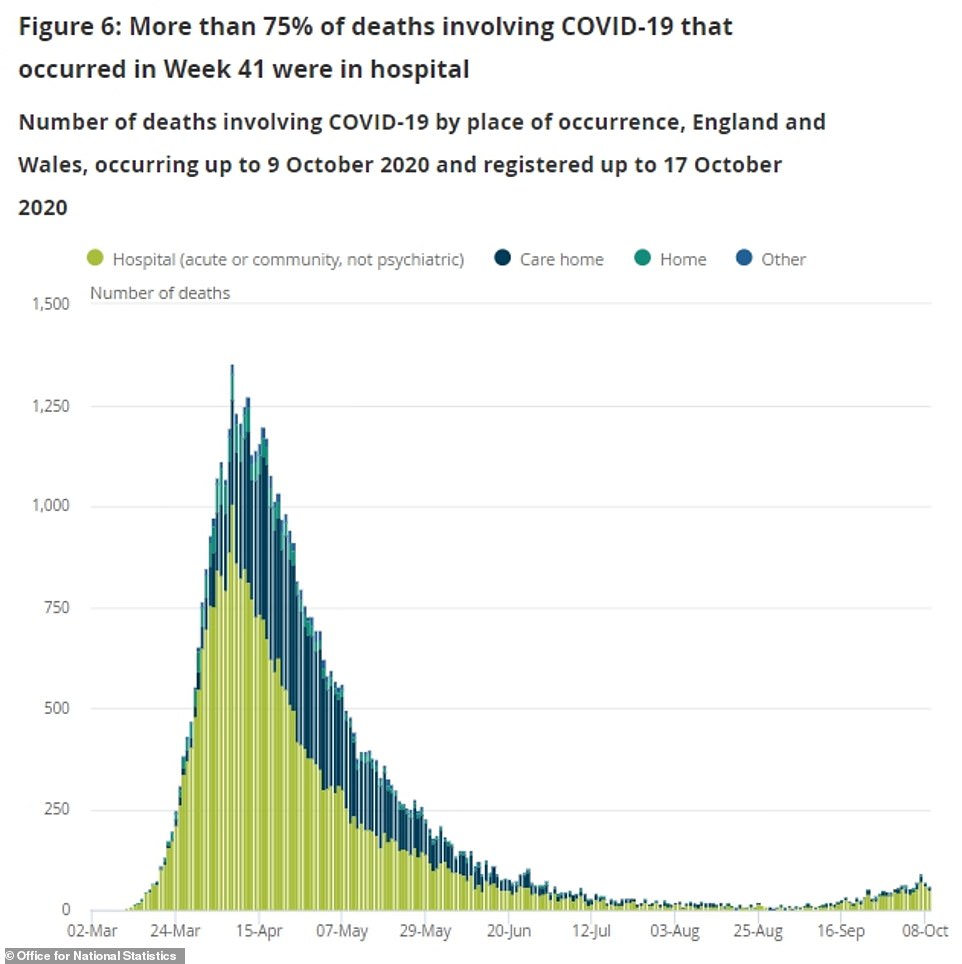 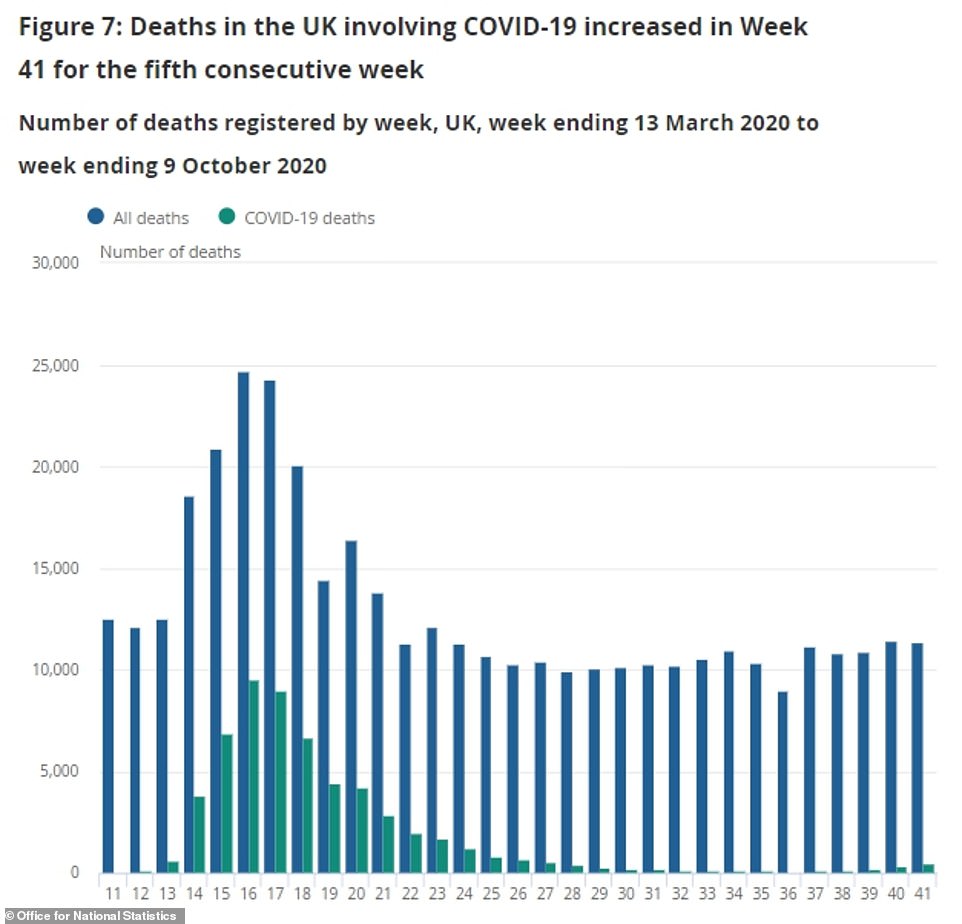