Coronavirus-infected passengers on the Ruby Princess mistakenly able to disembark

Border Farce! Coronavirus-infected passengers on the Ruby Princess were able to disembark after an official MISREAD their test results

The passengers wrongly allowed to leave the ship when it docked at Sydney’s Circular Quay on March 19 included 13 who officials had confined to their cabins with the fever.

Border Force officials reportedly believed the passengers had tested negative for COVID-19 when they had actually only returned a negative result for the flu.

ABF command only noticed the error more than 30 hours after passengers were allowed to disembark, ABC News reported. 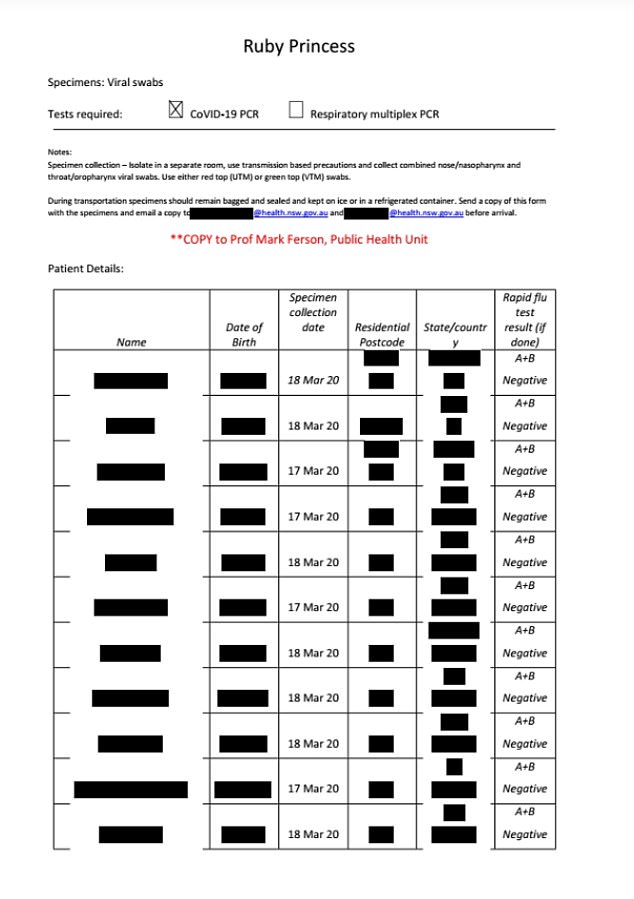 The ship was eventually linked to more than 660 COVID-19 cases and 21 deaths.

An email exchange between an inspector for the force and ABF NSW Commander Danielle Yannopoulos details the moment officials realised the mistake had been made.

The revelation follows NSW Health admitting it made several mistakes in relation to the disembarkation of the Ruby Princess.

Gail Furness SC – counsel appearing for the state’s health department – acknowledged in her closing statement earlier this month there were a number of factors which led to the ship being deemed low risk despite transmission of COVID-19 occurring on board.