How a BREATHALYZER could tell if you have coronavirus: Israeli experts plan to make a breath test that diagnoses in ‘less than a minute after finding Covid patients exhale unique chemicals’

Scientists have inched a step closer to developing a Covid test that could diagnose the disease in less than a minute, it was reported.

Israeli researchers claim to have identified coronavirus biomarkers — gases related to the virus — in the breath of infected patients.

They say these could be used to rapidly detect the virus through a breath test, with people having to blow into a tube to establish whether or not they have the disease.

It is not the first time scientists have discussed the concept of a breathalyser test for Covid. British doctors are already streets ahead, after beginning to trial their own device in NHS hospitals in August.

Number 10 has pinned its hopes on a rapid Covid-19 diagnostics kit as the best way to get Britain moving again, and suggested they could be used when going to cinemas, entering offices or before jumping on a flight.

Scientists in Israel are still developing a test, but in the UK a breath test entered trials in August (pictured). Its results are yet to be reported

Hundreds of breath samples were collected from Covid patients at the Meir Medical Center, Kfar Saba, and from infected soldiers in the Israeli defence forces, reports Israeli business publication Globe.

These were then analysed by Scentech, which has reportedly found specific Covid-19 biomarkers in the samples.

The company’s chief research officer Drew Morris said, reports Globe: ‘We are very encouraged by the success in identifying the indicators and moving closer to completing initial performance biomarkers and the start of a broader research for swift testing using breakthrough technology.

‘We hope to produce a test which is reliable, and significantly cheaper and more rapid than today’s existing tests including PCR.’

MailOnline has contacted Scentech for comment but has yet to hear back.

It comes after another Israeli firm announced it was developing a breathalyser back in July.

NanoScent said early trials of its kit — which requires people to breathe into a small bag that is plugged into a machine that looks for tell-tale odours released by the virus — showed it was 85 per cent accurate.

Most breathalyser tests are designed to look for volatile organic compounds which are emitted by Covid-19 patients. Studies have shown infected patients have slightly different breath signatures to those free of the virus.

NHS doctors are also testing out a breathalyser machine for Covid-19, which could give results in as little as ten minutes. 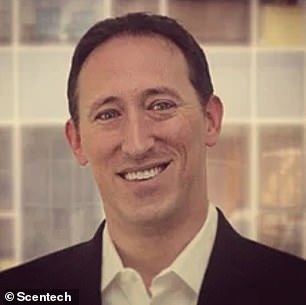 ANCON Medical — a diagnostics firm based in Canterbury — is behind the Covid-19 breath test.

The company has already made a breathalyser that detects lung cancer in as little as six minutes by looking for chemicals released by tumours in the airways.

Experts believe the technology could work the same way for Covid-19, if they can prove that infected patients exhale tell-tale substances.

The mixture of chemicals and substances people breathe out changes according to their diet and health, and laboratory computers are able to pick up on these changes when presented with breath samples.

The ANCON scientists hope they will be able to accurately recognise a signature found only in Covid-19 patients and to pick up on it immediately when people take the test.

No swabs are needed for the technology and no blood has to be taken, as in some coronavirus tests.

All someone would have to do would be to breathe into a tube. Their breath is then analysed by a computer with a screen which returns a positive or negative result.