Italy sees less than 3,000 new coronavirus infections for the first time in a month as the country begins loosening its lockdown restrictions

Italy today reported less than 3,000 new coronavirus infections for the first time in a month.

While the number of cases in the coronavirus-ravaged country decreased, the death tally rose for a second consecutive day by 602, up from 566 the day before.

Rome ordered the opening of a handful of stores including bookshops and stationery shops in a trial to see how social distancing measures can work after the lockdown, which otherwise remains in force.

People wearing face masks and gloves wait to enter a stationery shop in Rome today. Italy ordered the opening of some shops in the capital to test how social distancing will work once the nationwide lockdown, which remains in place across the country, is over 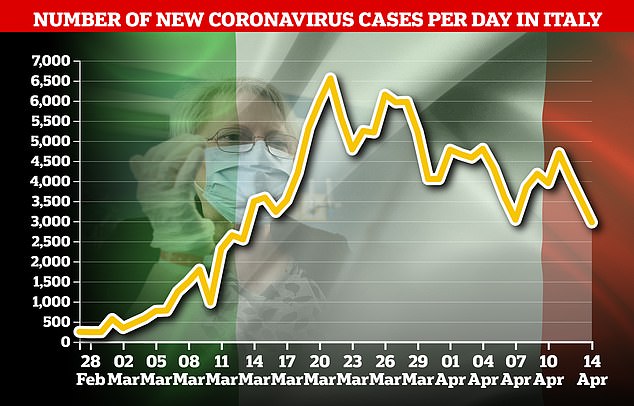 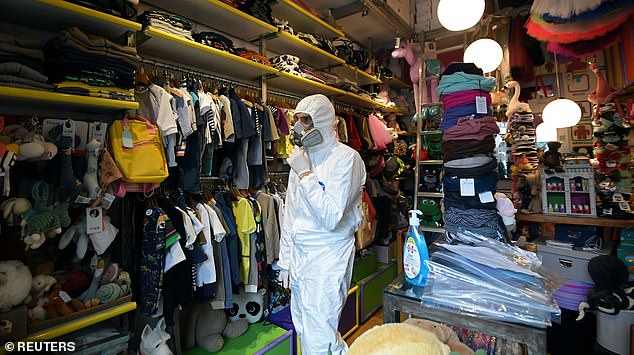 A worker in full protective gear including gloves and a mask inspects the stock at a children’s clothes store in Rome’s Trastevere district this morning, as Italy allowed a limited number of shops to re-open

However, some regions have chosen not to take full advantage. Bookshops will not open for another week in Rome and will stay closed altogether in Lombardy.

The total death toll since the outbreak came to light on 21 February rose to 21,067, the Civil Protection Agency said, the second highest in the world after that of the United States.

The number of officially confirmed cases climbed to 162,488, the third highest global tally behind those of the United States and Spain.

There were 3,186 people in intensive care on Tuesday against 3,260 on Monday — an 11th consecutive daily decline.

Of those originally infected, 37,130 were declared recovered against 35,435 a day earlier. 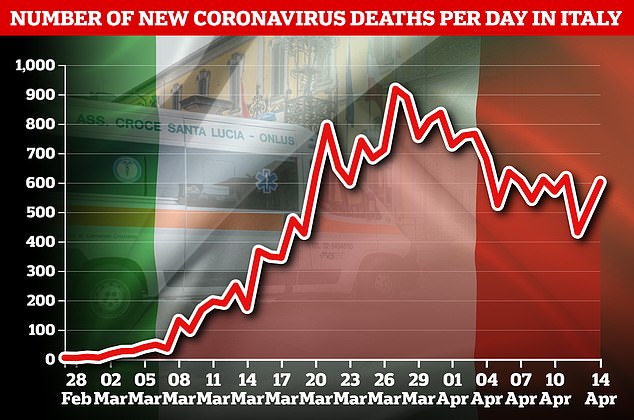 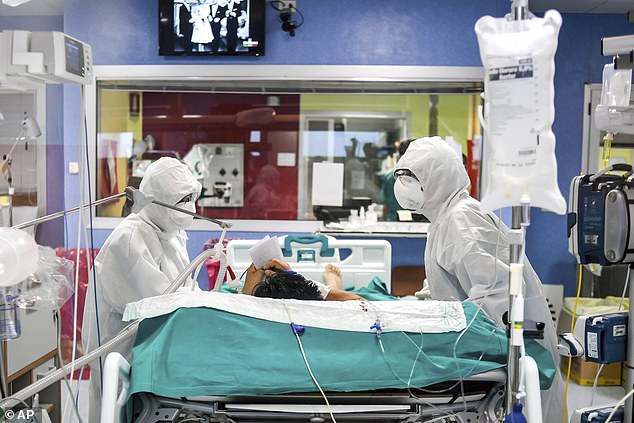 A patient writes a note to medical staffers, in the ICU of the Bassini Hospital, in Cinisello Balsamo, near Milan, Italy today. The new coronavirus causes mild or moderate symptoms for most people, but for some, especially older adults and people with existing health problems, it can cause more severe illness or death

The rise in new infections dropped to a new low of just two per cent.

But a top Italian infectious diseases expert said yesterday that data was hard to read because new cases showing up now could have occurred up to three weeks ago, given the incubation period.

‘The time that passes between the moment of contagion and the moment we receive the data could be 20 days,’ the ISS public health institute’s Giovanni Rezza told reporters. 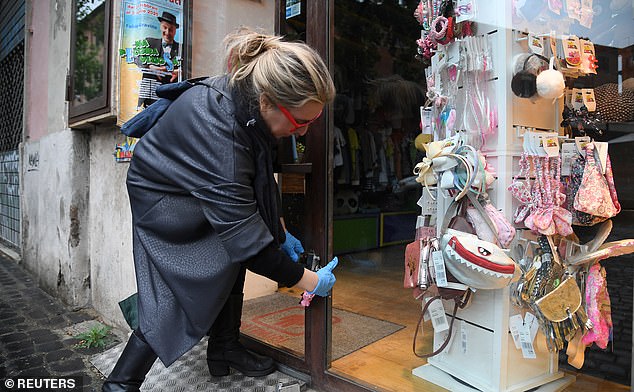 A woman opens the door of a children’s store in Rome this morning, more than a month after Italy first went into a nationwide lockdown on 9 March

‘So when you read that there are 300 new cases, these cases were infections acquired 20 days ago.’

The Mediterranean country last week extended its national lockdown until 3 May.

The decision has been backed by doctors but opposed by businesses that doubt they will be able to survive standing idle for three more weeks.

‘There are positive signs, but the number of deaths is still high,’ Rezza said.

A study released by the Italian central bank’s research institute Monday said a two-month shutdown could shrink the country’s annual economic output by up to 11 per cent.