The iconic dining strip known as Melbourne’s Little Italy is struggling to survive as the coronavirus pandemic and soaring rents force long-standing eateries and cafés to shut up shop.

Since the 1950s, Carlton’s Lygon Street has been synonymous with Italian dining as its bustling restaurants, bars, coffee shops and alfresco cafés became a second home to hundreds of Italians who migrated to Melbourne post-World War II.

The famous strip holds the record for being the first place to install an espresso machine in Australia and is regarded the birthplace of ‘Aussie’ pizza.

Today, the heart of Melbourne restaurant scene has been transformed into a ghost town as dozens of once-thriving eateries are replaced with empty shopfronts filled with for lease signs.

Photos taken on Wednesday show the famous strip deserted following the return of stage-three coronavirus restrictions across the city for at least six weeks.

Once bursting with packed restaurants and cafes, Melbourne’s Lygon Street is now a shadow of its former self 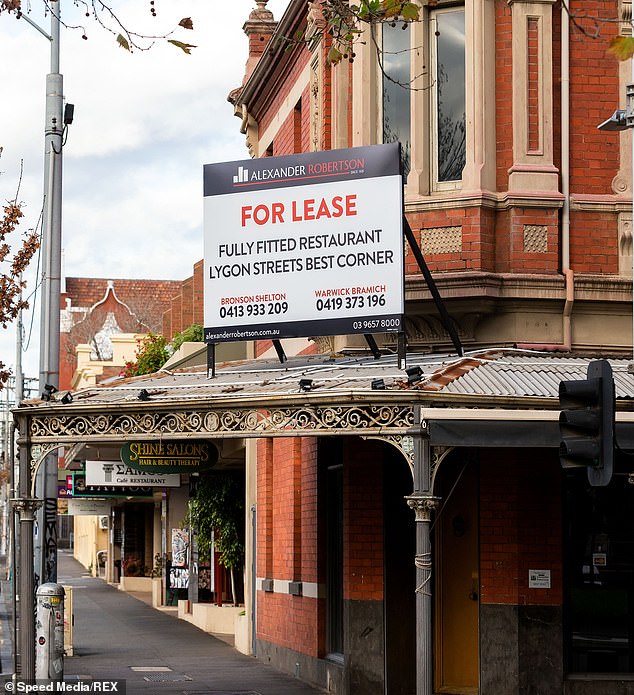 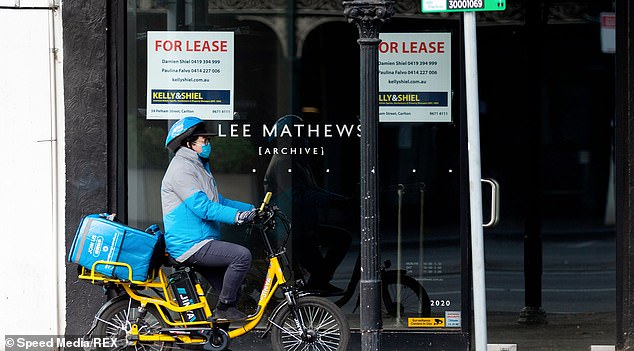 A food delivery rider cycles past one of dozens of vacant shopfronts in Lygon Street, Carlton

Many eateries forced to temporarily close their doors for the second time within weeks have hung up signs apologising to customers.

A handful of eateries that have managed to remain open during the pandemic may also be forced to close as the state struggles to control a horror outbreak.

Victoria recorded a triple-digit increase for a tenth consecutive day on Wednesday with 238 new cases, as Premier Daniel Andrews threatened a stage-four lockdown if the high numbers continue.

It’s been 40 years since Ottorino Pace opened Casa Del Gelato in Lygon Street, and he has seen incredible changes in that time – not always for the better.

‘There’s only a handful of us left since that era … so there’s been a lot of change, the “Little Italy” label is not as strong as it once was,’ his son Eric recently told the ABC.

Rose Gibaldi, who works at her brother Angelo’s cafe-restaurant Stuzzichino, has fond memories of the strip’s hustle and bustle in the 1980s when it was the epicentre of Melbourne’s food scene.

‘I walk down the street at night, and I see how it’s changed from when I was growing up, and I want to cry,’ she said. 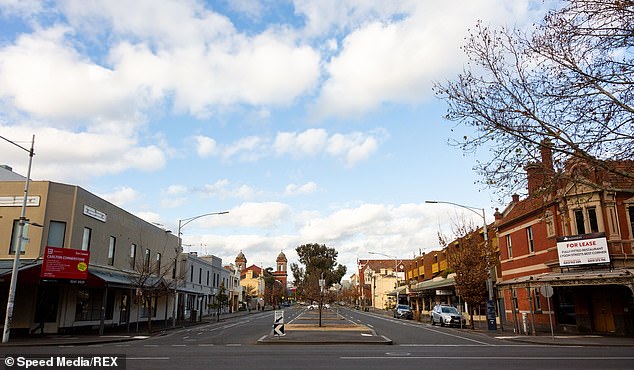 Melbourne’s Lygon Street has been hit hard by the pandemic. The  iconic dining strip was a ghost town with no one in sight when this picture was taken on Wednesday 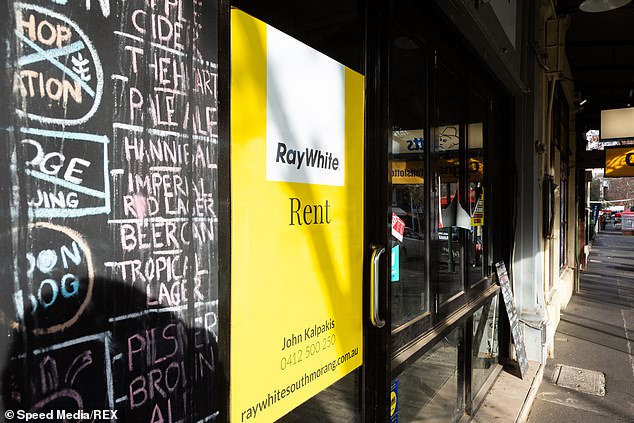 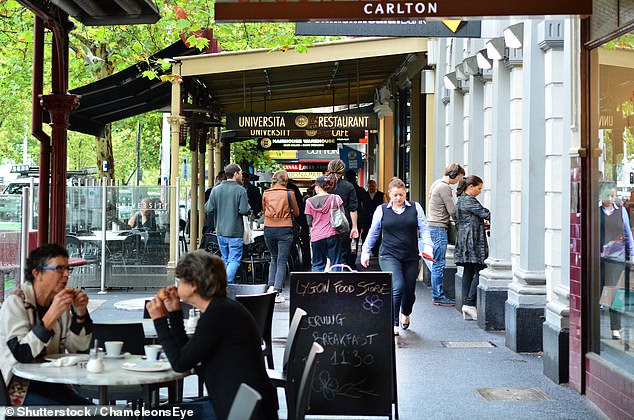 Lygon Street was once regarded as a must-go tourist attraction for foodies visiting Melbourne. Pictured is the iconic street bustling with diners and shoppers in 2014 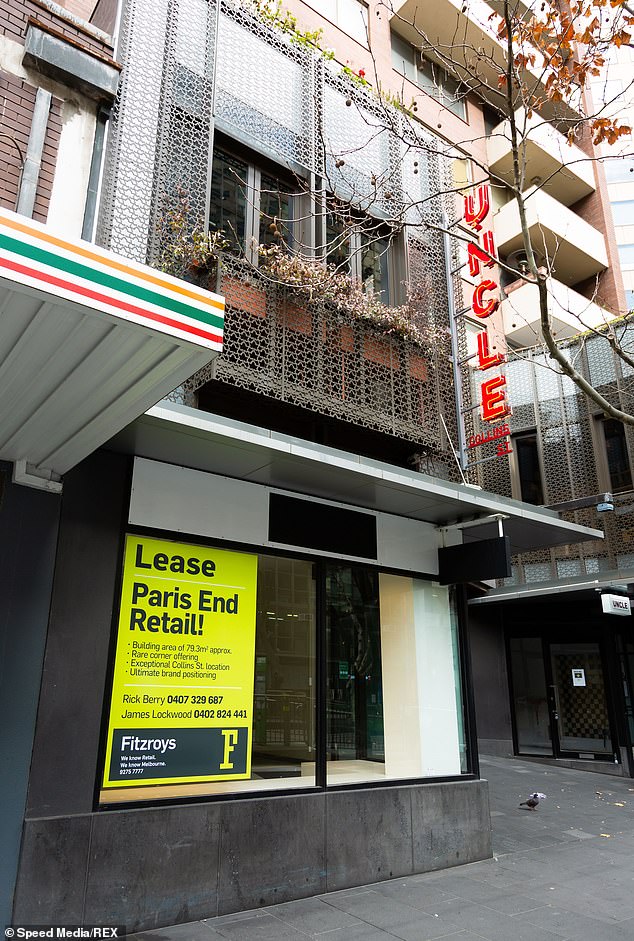 A 2019 report from real estate agency Fitzroys revealed Lygon Street had a vacancy rate of 13.5 per cent, one of the highest for a shopping strip in Melbourne.

The suburb’s once booming Italian population is also on the decline.

Less than 300 Italian-born residents now call Carlton home, according to the 2016 census.

Skyrocketing rents have also forced many businesses to shut up shop, with the iconic Original Lolly Store forced to relocate several doors up. 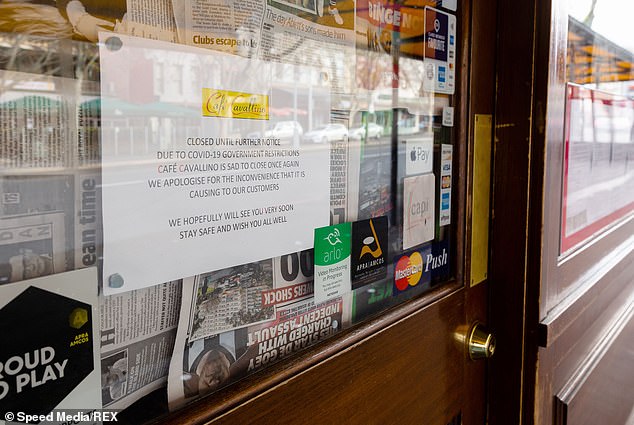 Cafe Cavallino was forced to shut up shop again just weeks after the popular eatery reopened as restrictions eased. A sign on the window apologises to customers for the inconvenience 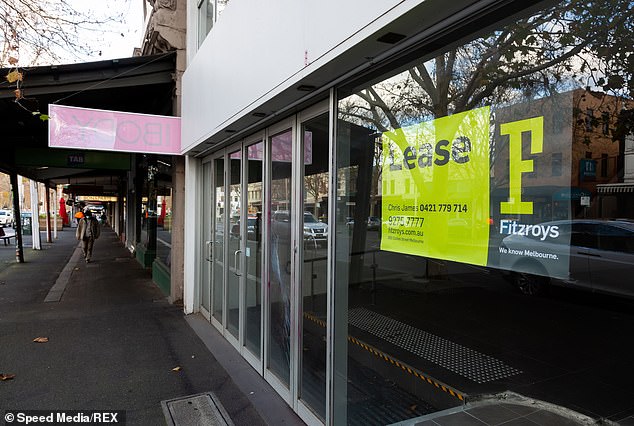 ‘Rents in Lygon St need to drop by 50 per cent to be realistic,’ the store’s owner recently told the Herald Sun.

‘Coronavirus has had a big impact on everyone, but the economy hasn’t been the best over the past few years.’

Ottorino Pace is hopeful the street will return to its former glory post-coronavirus.

‘We’ve shaped Melbourne to be what it is today, the vibe is going to come again, it’s going to take time, but Lygon Street will always be Lygon Street,’ he told the ABC. 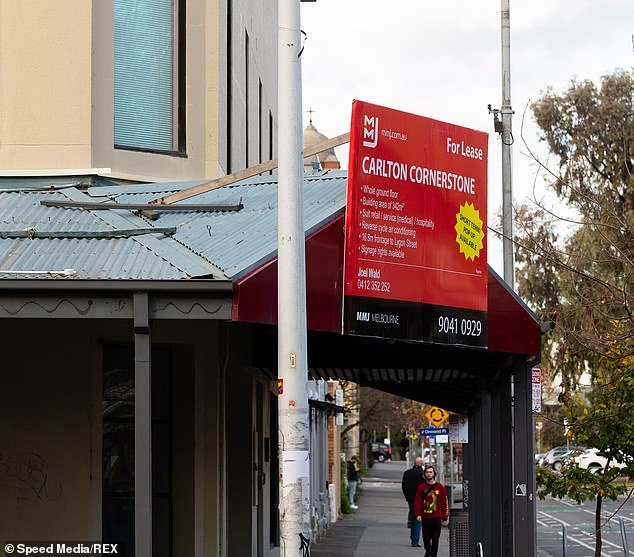 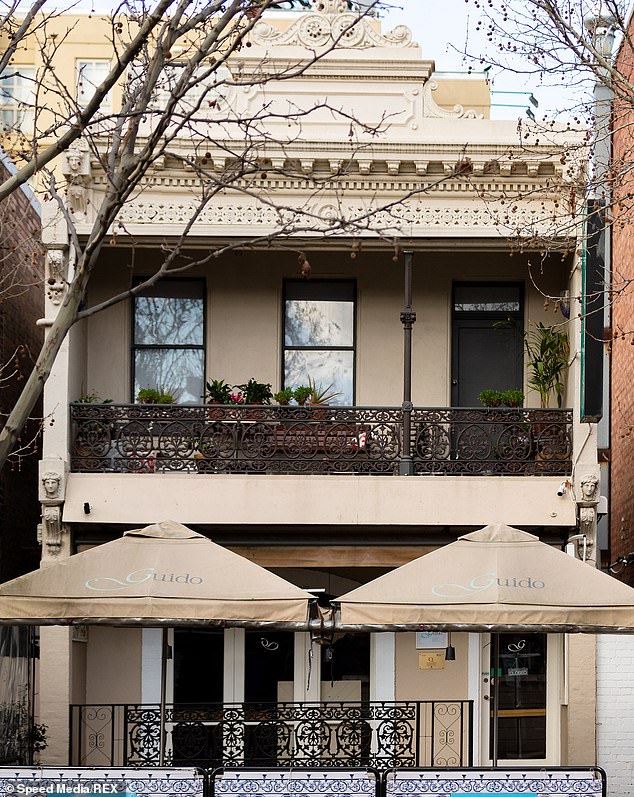 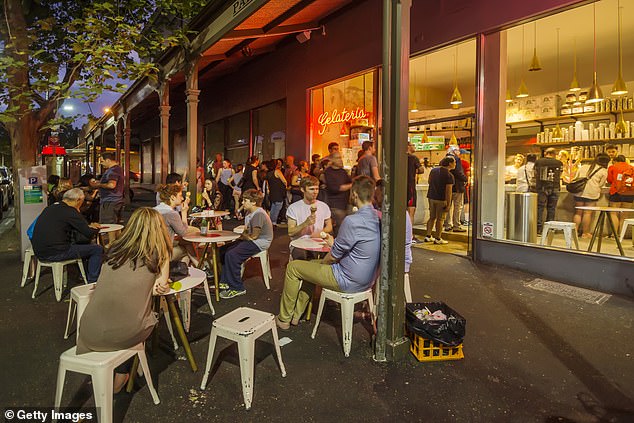 Lygon Street traders remain hopeful the iconic street will remain to its former glory. Pictured are diners and customers queuing outside Pidapipo Gelateria in 2015