Coronavirus conspiracy: Residents living in COVID-19 hotspots are refusing testing because they believe the virus is linked to 5G and don’t want the government to ‘control them’

Residents living in coronavirus hotspots are refusing to get tested because they believe in damaging conspiracy theories, it has been claimed.

Some locals in the Melbourne suburb of Keilor Downs, one of the worst affected areas, believe testing is linked to 5G, while others are anti-vaxxers.

Sheryl, who lives in Keilor Downs, told ABC radio that she had seen a number of disturbing comments on social media.

She said that people were avoiding testing because they thought it was a way for ‘the government to control them’.

‘From what I have seen on some of our local group pages it comes down to conspiracy theories,’ she said.

Pictured is a man getting a COVID-19 test in Broadmeadows, one of Melbourne’s coronavirus hotspots 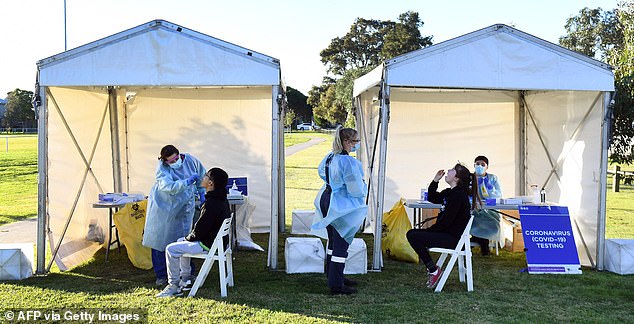 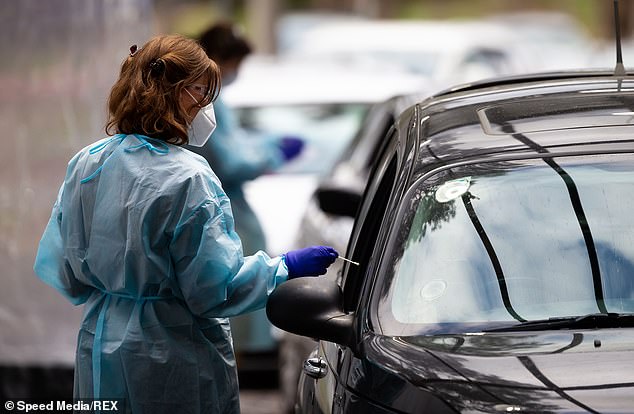 While many residents living in coronavirus ‘red zones’ have come forward for testing, hundreds are refusing (pictured is a medic testing a driver for the virus in Keilor Downs)

‘We’ve see people turning around and saying it (the virus) is caused by 5G, there are other members of the community saying that this is the government’s way of controlling us.

‘And yet again we have other people who are claiming that this is just a virus and we all get the flu every year and this is no different.’

Another resident told Daily Mail Australia that she had seen a lot of anti-vaxxer comments on the Keilor Downs Neighbourhood Group on Facebook.

‘There were so many anti-vaxxer comments about the testing that they ended up being deleted,’ she said.

‘People think that this is a way for the government to control you. It is really disturbing.’

‘We don’t need to be rocket scientists to see the hotspots and the 5G areas are connected do we?’ the woman wrote 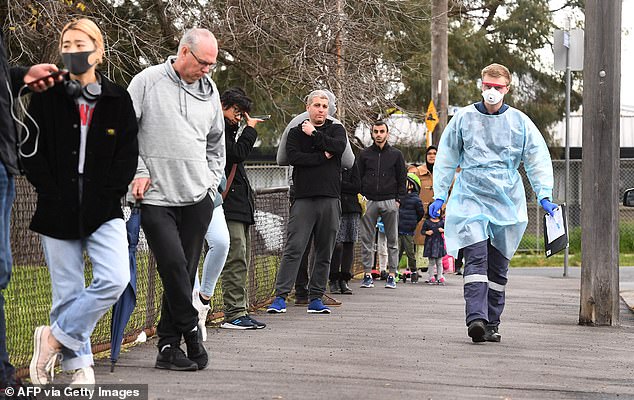 Other community group pages have been forced to tell their members they will not accept the posting of misinformation.

‘This includes anti-vaxxer comments, there are plenty of groups for that.’

There have been almost 1,000 people in two hotspots – Broadmeadows and Keilor Downs – who have refused to take the test.

As of Thursday evening Victoria had 77 new cases of COVID-19 with many of them localised in Melbourne’s inner north and west.

The spike in cases prompted a lockdown across 10 postcodes from Thursday until July 29. 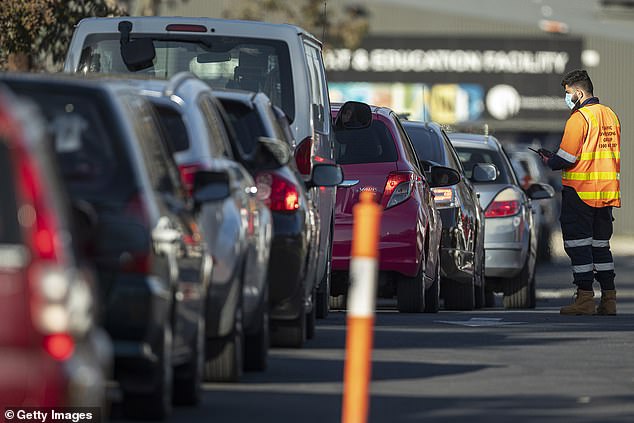 Residents of these postcodes will only be able to leave their homes to shop for food and supplies, to receive or provide care, to exercise and to study or work.

A large proportion of the state’s recent cases has been traced back to infection control breaches in hotels hosting returned travellers.

So far, 2,303 Victorians have had coronavirus and 20 people have died.

There are now 415 active cases and 20 patients in hospital, including four in intensive care.

Deputy Chief Medical Officer Michael Kidd said Melbourne residents now back in lockdown shouldn’t feel like they are alone during this time.