Australians mightn’t be able to travel overseas on a Virgin flight for the next three years as a result of the COVID-19 pandemic, the company’s CEO admitted.

‘We do aspire to fly long haul again, we just can’t see it coming back in the next few years,’ he said.

The revelation comes as the airline announced 3,000 jobs would be cut and Tigerair would close as part of a relaunch, after the struggling business was saved from administration.

Mr Scurrah said the cuts had been ‘heartbreaking’ but secured the future of the remaining 6,000 employees.

Long-haul international flights will remain suspended until further notice, as the beleaguered airline moves to operating a Boeing 737 domestic fleet only.

Tigerair will be discontinued as ‘there is not sufficient customer demand’ to support two airlines in the market, the company said on Wednesday.

But the budget airline’s Air Operator Certificate (AOC) will be retained in the hope the low-cost carrier can return to the skies when the domestic market picks up again.

About 3,000 workers – primarily in operations and corporate roles – will be impacted by the airline’s announcement and voluntary redundancy, redeployment, leave without pay and flexible work arrangements are to be explored.

Virgin Australia said the changes will secure the employment of its remaining 6,000 workers, with the opportunity to expand the workforce to 8,000 when the market recovers. 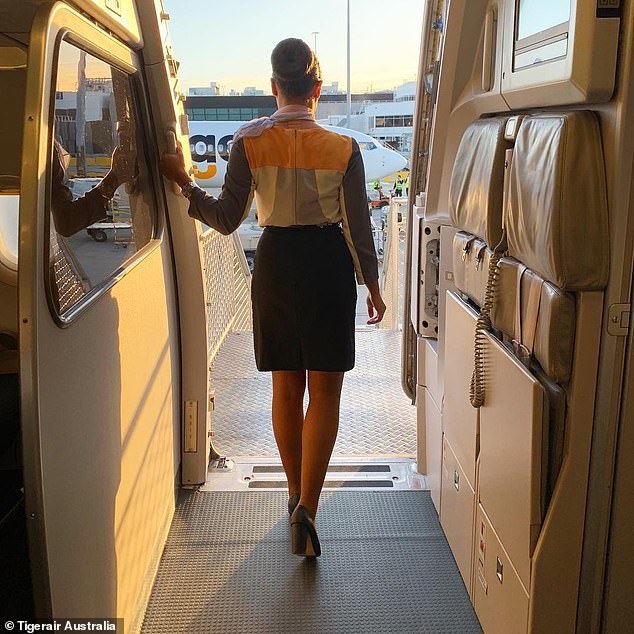 Tigerair will be discontinued as ‘there is not sufficient customer demand’ to support two airlines in the market. Pictured: A Tigerair flight attendant looks out an aircraft door

Those who lose their jobs will get a signed photograph from Sir Richard Branson and CEO Paul Scurrah as a ‘parting gift’.

‘We expect approximately 3,000 roles will be impacted as a result of the changes announced today,’ he said on Wednesday.

‘To those that leave the business, I want to thank them for the role they’ve played in making this a great airline.’

Mr Scurrah said demand for domestic and short-haul international travel is likely to take at least three years to return to pre-COVID-19 levels.

‘Our aviation and tourism sectors face continued uncertainty in the face of COVID-19 with many Australian airports recording passenger numbers less than three per cent of last year and ongoing changes to government travel restrictions,’ he said.

The business needed to make changes to ensure Virgin Australia Group would be successful in this ‘new world’, Mr Scurrah said. 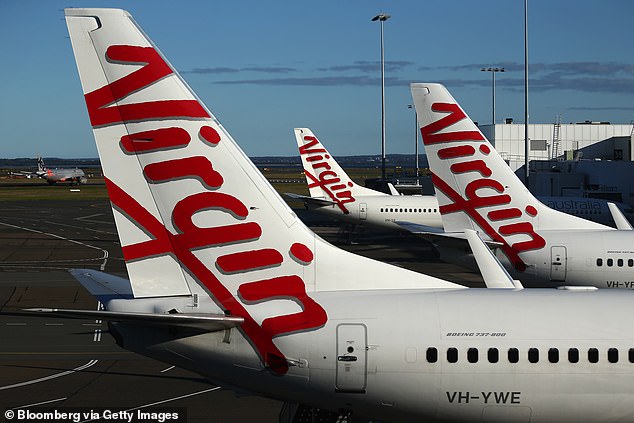 ‘In a country as big as Australia, strong competitive airlines are critical in helping restore the economy, which is why in the face of the worst crisis our industry has ever seen, a well-capitalised Virgin Australia Group with a solid and sustainable future is a great outcome for Australians and the nation’s economy,’ he said.

Mr Scurrah said the airline will accelerate their plan to deliver a strong future by working with Bain Capital.

All travel credits and Velocity Frequent Flyer points will be carried forward under the ownership of Bain Capital.

Virgin Australia Group has been struggling under billions of dollars worth of debt and the impact of the pandemic on the passenger jet market, which has led to the near-collapse of international travel and a huge slump in domestic markets.

When it was forced into voluntary administration in April, the airline’s woes attracted a pack of private equity firms and other parties keen to acquire the airline before Bain Capital came out on top.

While the binding sale agreement with Virgin’s administrators is still to be ticked off by creditors, it’s expected to be completed in coming weeks. 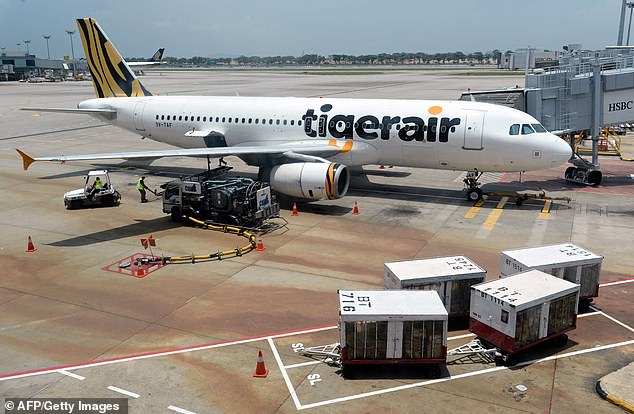