One of the sacked Amazon whistleblowers has said staff are at continued risk of COVID-19 because it is impossible for them to socially distance in warehouses.

Tech worker Emily Cunningham was fired last month for ‘repeatedly violating internal policies’ after she spoke out about the company’s pandemic working conditions.

Speaking to the DailyMail.com she slammed the ‘culture of silencing’ that comes from the very top of the retail giant and argued even CEO Jeff Bezos failed to socially distance on his recent visit to a warehouse in Dallas.

Cunningham was one of a number of employees fired after criticizing Amazon. Maren Costa, Bashir Mohamed and Christian Smalls were all also let go after raising health and safety concerns.

Amazon say Mohamed was fired because he refused to speak to a supervisor. They said Smalls came to its Staten Island warehouse for a demonstration in violation of his paid quarantine.

Speaking Tuesday Cunningham said the delivery of non essential items – like rubber chickens and ping pong balls – are being prioritized over the safety of workers.

Speaking to the DailyMail.com she slammed the ‘culture of silencing’ that comes from the very top of the retail giant and argued even CEO Jeff Bezos failed to socially distance on his recent visit to a warehouse in Dallas, pictured

‘The warehouse workers came to us telling us they feel very scared and unsafe’, Cunningham says.

A group of 13 U.S. attorneys general asked Amazon on Tuesday to provide data on coronavirus-linked infections and deaths among its workforce, along with evidence of the company’s compliance with paid sick leave laws.

Cunningham said that workers have told her socially distancing is not being enforced correctly; some say it is being weaponized as a reason fire certain workers.

The designer, who began working for the online retailer in 2013, told DailyMail.com: ‘I cant go to funeral, go to a wedding and yet there are thousands of workers fulfilling non essential orders?

‘Putting their lives on the line for ping pong balls and rubber chickens? 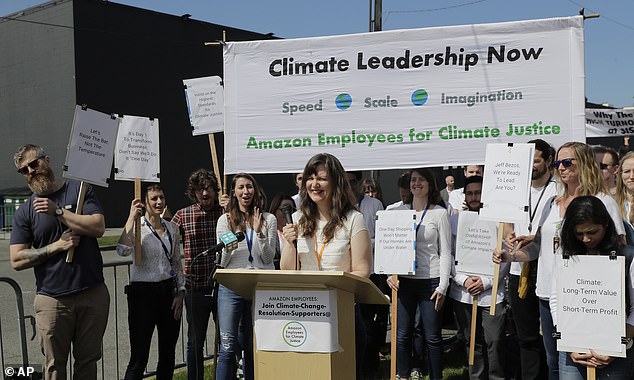 Emily Cunningham, center, had worked as a user experience designer at Amazon since 2013 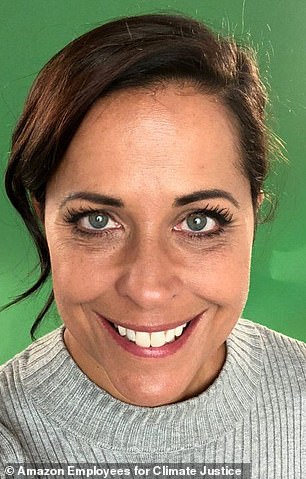 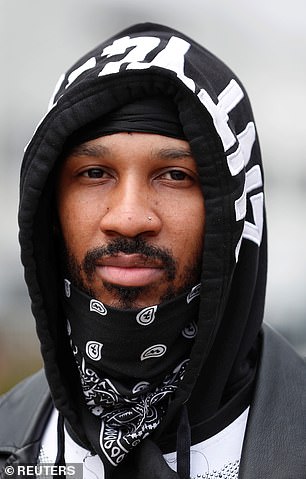 Cunningham was one of a number of employees fired after criticizing Amazon. Maren Costa, left, and Christian Smalls, right, were all also let go after raising health and safety concerns

A group of 13 U.S. attorneys general asked Amazon.com on Tuesday to provide data on coronavirus-linked infections and deaths among its workforce, along with evidence of the company’s compliance with paid sick leave laws.

In a letter on Tuesday, the officials asked for a state-by-state breakdown of the number of Amazon workers, including those at Whole Foods, who have been infected with and died from COVID-19, the disease caused by the novel coronavirus.

The same group of attorneys general had written to the company in March asking it to improve its paid-leave policy.

On Tuesday, they asked for assurance that Amazon would not retaliate against workers for raising concerns about health and safety issues with management, the media, co-workers or relevant government agencies.

In recent weeks, Amazon has fired at least four workers for raising concerns about workplace safety. The company has previously said the workers were let go for violating internal company protocol.

She added: ‘Bezos visiting the warehouse was not six feet away – he is walking towards to people. If he is not able to keep social distancing then is is obviously a very real danger.

‘All those fired were fired were ethnic min and or women. Systemic racism is in operation at Amazon. It is appalling and needs to be condemned full stop.’

Video released by Amazon on April 10 shows Bezos visiting a  fufilment center and a nearby Whole Foods. The billionaire appears to come within six feet of workers at several points.

Cunningham, who lives in Seattle, home of Amazon headquarters, says ‘products are being being put before people’.

She added: ‘This is all part of their attempts to silence us. But they cant own conversations of life and death.

Cunningham believes both she and Costa were fired after becoming one of the most visible the faces of the global climate strike.

She said: ‘We were pressuring the company on climate change.

‘But Amazon didn’t go after us immediately after the climate strike, they waited until October. Both Maren and I were spoken to by HR who said we had violated a newly updated communication policy.

‘Maren was sent an email in November saying she faced termination if she continued to speak out.’

‘I would do this a million over, I do not regret it all’, she adds, ‘this pandemic is disproportionately harming the most vulnerable among us.

‘How Amazon chose to respond this pandemic would be a blue print for how it would respond, who it would protect, who it would value going forward.’

Cunningham adds: ‘I think that the public will remember their companies who did not treat their workers well during this time and I think it is very clear that profits are driving their response to the pandemic.’ 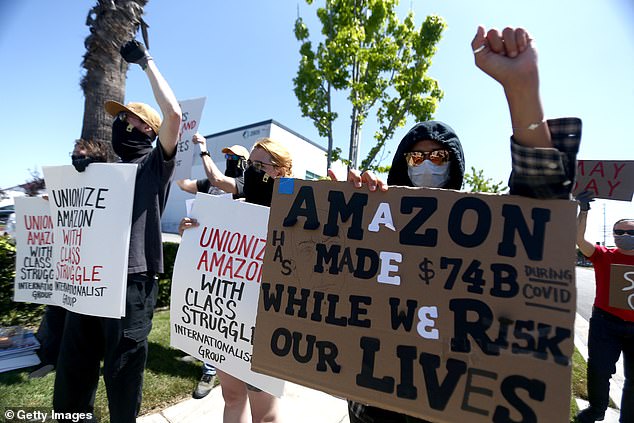 Amazon workers protest during the coronavirus pandemic on May 1 in Hawthorne, California 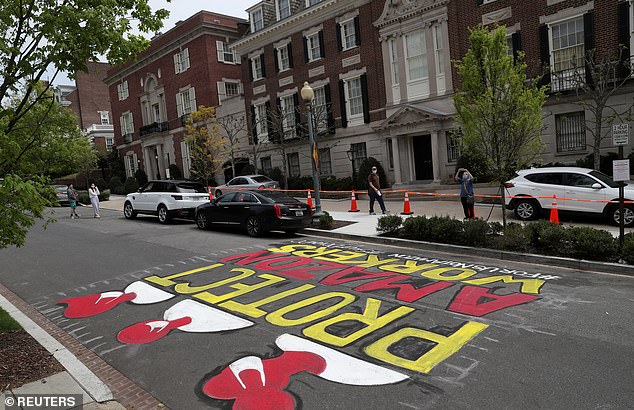 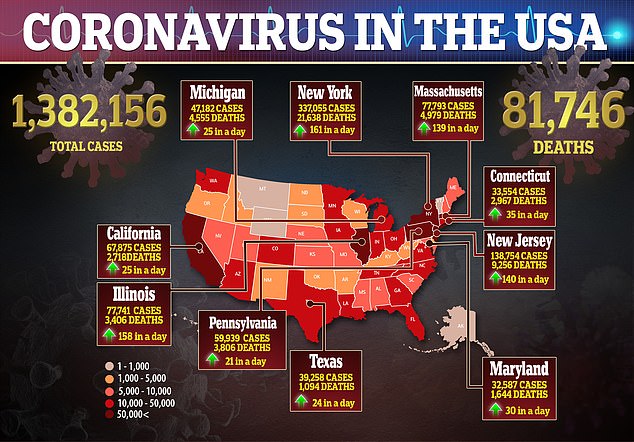