A leading Spanish epidemiologist has said the country ‘deserves’ to go back into a full national lockdown after easing measures caused a spike in Covid infections.

Juan Martinez, the ex-director of public health for Madrid which is at the heart of the new wave of infections, said the harsh measures are ‘probably’ the only way to bring the virus back under control.

He spoke out after Spanish Prime Minister Pedro Sanchez ruled out returning to a nationwide lockdown that was put in place in March and succeeded in reducing cases, but crippled the country’s economy.

Spain ‘deserves’ to go back into a second full lockdown, one of the country’s top epidemiologists has said, after easing measures caused Covid cases to spike (pictured) 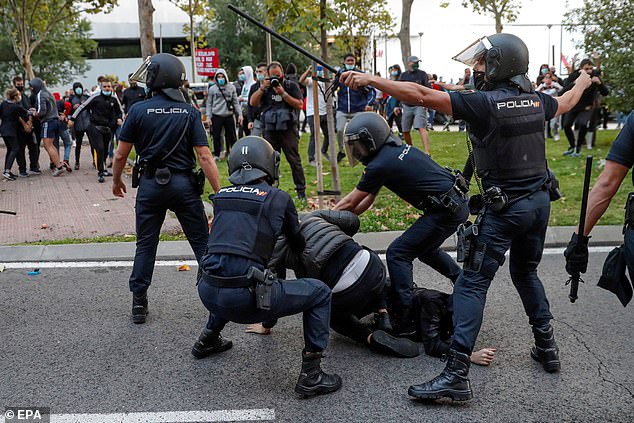 Police officers try to hold down a protester in Madrid, Spain, after hundreds take to the streets to demand better health care 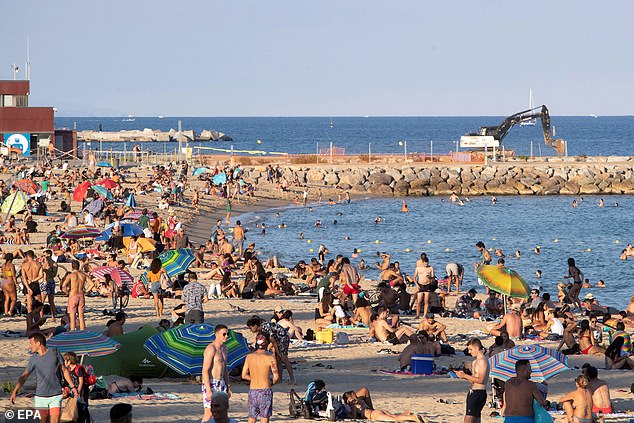 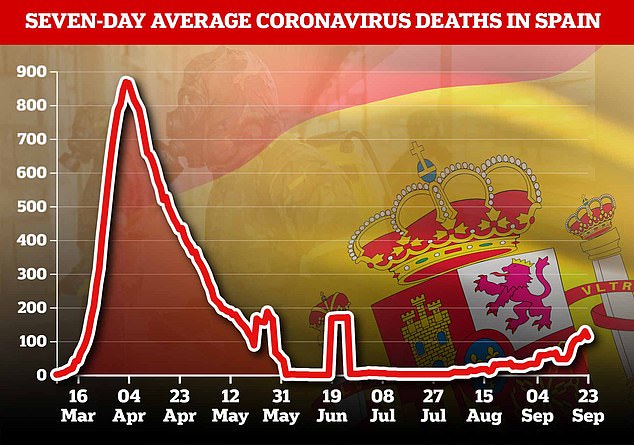 Deaths have also begun climbing in Spain, though are nowhere near levels seen during the first wave, meaning the government has ruled out a second full lockdown – for now

Mr Sanchez insisted he favours using local lockdowns of the kind covering parts of Madrid and Ibiza, where infections are particularly bad.

Madrid has forbidden citizens in 37 of the city’s boroughs from leaving their houses except in emergencies, and has called in the army to help enforce the rules.

But with infections still increasing, more severe measures are being considered – which could see the entire metropolis placed into full lockdown.

Speaking as officials mull the new measures, Mr Martinez said: ‘We probably need another national lockdown because we haven’t done things properly following the end of the first one. We’ve certainly earned one. 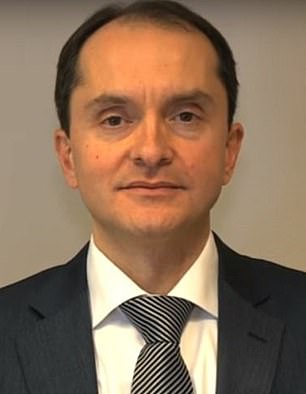 ‘What should concern us is the number of people who are seriously ill and dying,’ he added in an interview with with Spanish TV station Telecinco.

‘On Tuesday 241 people died from coronavirus in Spain. That’s intolerable because this is a preventable illness.’

Claiming some of the new measures now being introduced following the worsening of the health situation in Spain were ‘insufficient and late,’ he insisted: ‘Western Hemisphere nations generally have mishandled this virus.

‘In the Eastern Hemisphere, not just the Asiatic countries but also Australia and New Zealand, they’ve acted well in treating this virus as the greatest threat to mankind in a century.’

He also warned Spain’s ‘second wave’ coronavirus figures could be worse than the first, telling respected journalist and presenter Ana Rosa Quintana: ‘They wouldn’t be reached at the same speed because there’s been a social change, there’s more face masks etc, but if it’s allowed to spread it will reach higher levels than before.’

The plea came as 13 per cent of the region’s population were put under a mini-lockdown which will result in people being handed fines if they are caught entering or leaving their home neighbourhoods, with a limited number of exceptions.

The Madrid region is accounting for one in four of all new coronavirus cases in Spain. 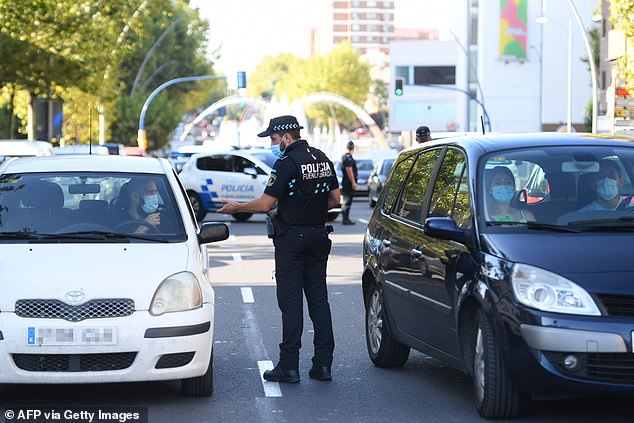 Local police officers control people’s movement in a traffic checkpoint in the under partial lockdown town of Fuenlabrada, in Madrid region, on September 22 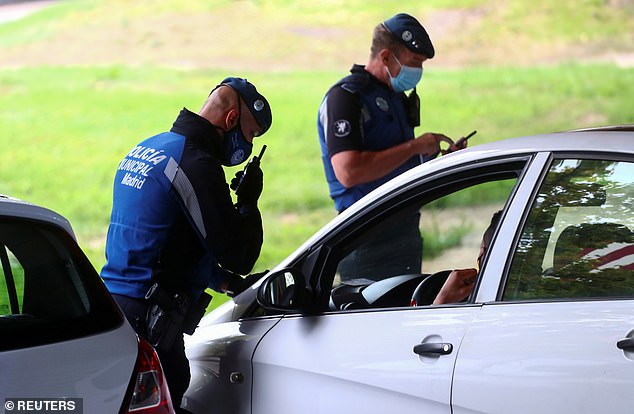 Parts of Madrid, which is at the centre of the new wave of infections, have already been placed back into lockdown, with people forbidden from leaving their local areas (pictured, police enforce the rules at a checkpoint)

Spain’s PM Pedro Sanchez met Madrid’s president Isabel Diaz Ayuso face-to-face for the first time in months on Monday to co-ordinate the desperate fight to bring the figures down and avoid the sort of hospital saturation experienced at the height of the crisis in late March and early April.

Health chiefs announced 241 Covid-19 deaths on Tuesday, the highest 24-hour figure since May 1 when Spain was still in a state of emergency, and another 130 yesterday/on Wednesday.

It brought the total number of deaths since the start of the coronavirus crisis in Spain to more than 31,034.

The latest figures showed 517 people had died with a confirmed coronavirus diagnosis in Spain in the previous seven days.

The Madrid region registered 40 deaths in the past 24 hours.

Authorities in Madrid admitted last week they were considering re-opening a field hospital used to treat coronavirus patients between March and May.

The Ifema field hospital started operating just before an entertainment complex in Madrid popular with families and students was turned into a temporary morgue.

A skating rink at the Spanish capital’s Ice Palace was used to house the dead before their bodies were buried or incinerated because of the saturation facing the city’s funeral parlours.

It was the first of three emergency morgues which ended up functioning in April around the time Spain’s coronavirus death figures rose past 900 a day.