Coronavirus: Spanish club Malaga terminate or suspend the contracts of players and staff

Spanish second division club Malaga has taken the decision to terminate or suspend the contracts of players and staff amid the Covid-19 crisis.

They are the first club in Spain to initiate collective redundancy in a serious reflection of the crushing financial impact of the football shutdown caused by the virus.

Malaga, who were in the quarter-finals of the Champions League in 2013, were 15th in the Spanish second division table when the season was suspended in mid-March.

Spanish second tier side Malaga, who play at La Rosaleda (pictured), have announced mass redundancies of players and club staff amid the Covid-19 crisis

A club statement released on Tuesday afternoon read: ‘Malaga Club de Futbol has made the decision to start the collective dismissal procedure as of today, May 19 2020.

‘The club announces that is has taken the decision to present an employment regulation file for the termination and/or suspension of employment contacts.

‘Over the past few months, the club has been undertaking various measures to ease the difficult economic situation it is experiencing.

‘The restructuring of the club joins this package of necessary measures to ensure the permanence of Malaga CF.

‘The club thanks fans and season ticket holders for their support during these difficult times and asks for their understanding in light of this complex process that start today and the club will endure in the coming months, with the sole purpose of committing to the future.’

Such plans for mass lay-offs in Spain are known as ERE or ‘Expediente de Regulacion de Empleo’. 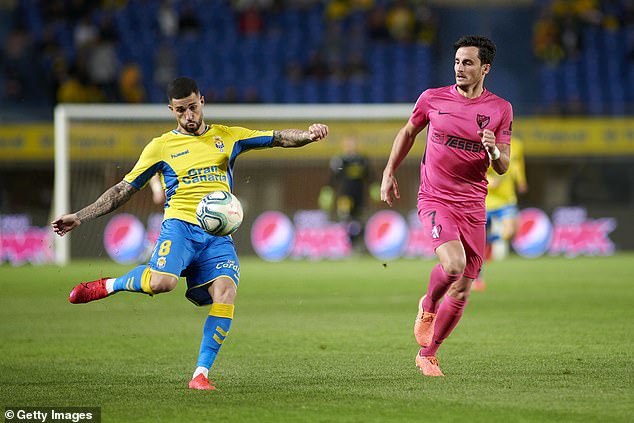 It remains to be seen whether Malaga is the last club in Spain or beyond to react to the economic crisis of Covid-19 by making staff redundant.

Malaga were relegated from LaLiga at the end of the 2017-18 campaign. They finished third in the second tier last season but lost out to Deportivo La Coruna in the promotion play-off semi-finals.

In February, the Qatari businessman Abdullah bin Nasser Al Thani, who bought Malaga in 2010, was removed as their president for six months.

The decision was taken by a Spanish regional court because of a series of charges including the alleged misappropriation of funds.

A judicial administrator was placed in charge of running the club.