An NHS worker left gasping for breath and in excruciating pain by coronavirus has told of her ordeal in a warning to those ignoring lockdown rules.

Karen McCabe, from Edinburgh, said she first came down with symptoms while self-isolating with her children, and initially tried to battle the illness with paracetamol.

But within days she was vomiting and struggling to breathe and so was admitted to hospital, according to the Daily Record .

The 44-year-old spoke of begging consultants for help as she thought she was going to die, with her temperature rapidly fluctuating between a burning sensation and cold shivers.

‘It was like someone was sitting down hard on my chest every time I tried to inhale or exhale, which was excruciatingly painful,’ she told the Record. 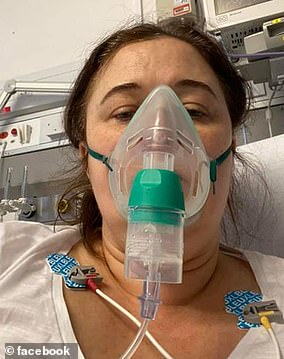 Karen McCabe, pictured left in good health, has revealed how suffering from coronavirus in hospital, pictured right, left her gasping for breath and in excruciating pain

The mother also suffers from a neuromuscular disease, for which she takes steroids, and type one diabetes which ‘goes completely out of control and could kill me’ whenever she is unwell.

She also endured aches and lost her sense of smell and taste, which have recently been confirmed as other tell-tale symptoms of Covid-19.

Karen was then taken to intensive care and placed on a ventilator after her condition deteriorated.

She is now back on the ward and issued a firm warning on social media to those still flouting lockdown rules by meeting in public places.

She wrote: ‘What do people not understand, or is it just sheer arrogance and defiance?!

‘Whilst you may be smugly thinking it won’t happen to me – and you may be right – you could be asymptomatic and pass it in to someone like me, cancer patients or elderly people with underlying health conditions.

‘You could kill them. Come on folks let’s get a grip! We’re still at the low end of the trajectory, over the next few weeks the numbers are anticipated to ramp up. 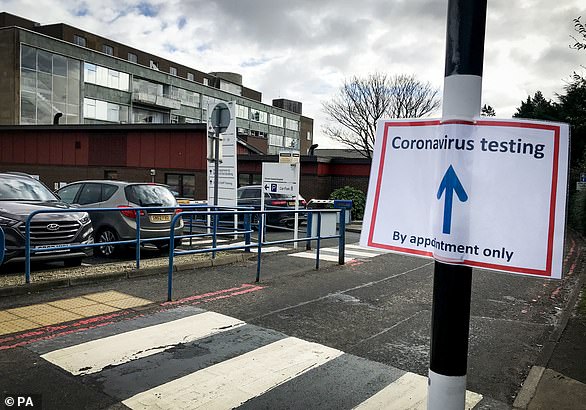 The 44-year-old was on a ventilator in intensive care at Edinburgh’s Western General Hospital, pictured

‘Will people catch it again? Maybe? Will these same people survive next time? Maybe….

‘Let’s kick this horrific virus in to touch, let our clever researchers develop a vaccine.

‘Our NHS, many of them my colleagues, are on their knees. Many of them have caught it helping people like me despite religiously wearing [personal protective equipment] and hand washing until their skin cracks.

‘Not forgetting all of the other essential workers having to put themselves at further risk to serve you before going home to their families possibly now having Covid-19.

‘Soon, more of them will go off, so in the event that you do contract it, who’s going to help you get better and home to your family?’

In Scotland, 220 people have died from the virus after nearly 4,000 confirmed cases.