Coronavirus: The Queen thanks NHS nurses, midwives and healthcare workers

The Queen has praised the ‘dedication to service’ of nurses, midwives and other health workers during the coronavirus pandemic in a message for World Health Day.

The monarch, who is currently residing at Windsor Castle with her husband Prince Philip, also thanked healthcare professionals for their ‘selfless commitment’.

She also praised their ‘diligence’ in ‘vitally important roles to protect and improve the health and well-being of people across the Commonwealth and across the world’.

The head of state also said that ‘testing times’ can bring out ‘the best of the human spirit’, adding that healthcare workers’ dedication was ‘an example to us all’.

Her words were released in a video montage on the Royal Family’s Twitter account showing members of the monarchy meeting medical staff and health workers.

The Queen issued the message as she is kept informed by Downing Street about the condition of Prime Minister Boris Johnson, who is in intensive care with coronavirus. 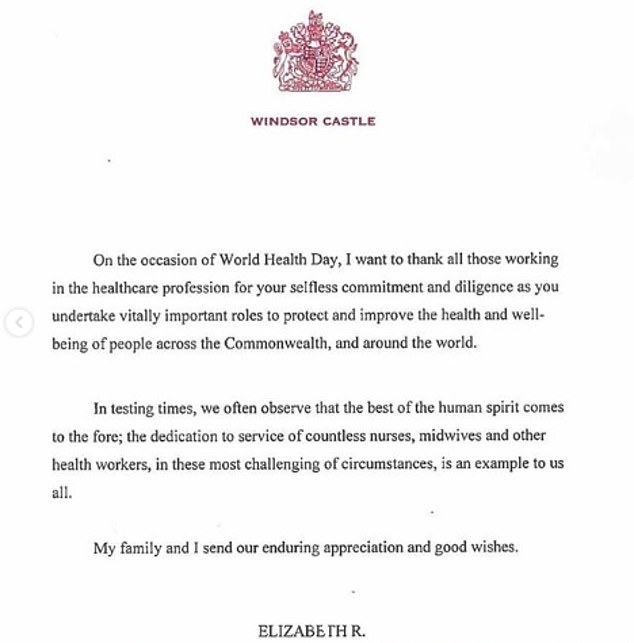 The 93-year-old’s historic address on Sunday urging the country to pull together to fight coronavirus was watched by more than 23 million people.

The televised address was only the fifth time that the Queen has done so during times of national crisis and grief.

‘On the occasion of World Health Day, I want to thank all those in the healthcare profession for your selfless commitment and diligence as you undertake vitally important roles to protect and improve the health and well-being of people across the Commonwealth, and across the world.

‘In testing times, we often observe that the best of the human spirit comes to the fore; the dedication to service of countless nurses, midwives and other health workers, in these most challenging of circumstances, is an example to us all.

‘My family and I send our enduring appreciation and good wishes.’

The four other times the Queen has made a special address during her reign were for the Gulf War, the death of Princess Diana, the death of the Queen Mother and her diamond jubilee.

In the most recent address, she echoed Second World War heroine Dame Vera Lynn, promising families separated by the crisis that ‘we will meet again.’

During the broadcast, which was filmed last Thursday at Windsor Castle where she is isolating with Prince Philip, the Queen also told of how the coronavirus pandemic had brought back memories of wartime.

‘It reminds me of the very first broadcast I made, in 1940, helped by my sister,’ she said.

‘We, as children, spoke from here at Windsor to children who had been evacuated from their homes and sent away for their own safety.

‘Today, once again, many will feel a painful sense of separation from their loved ones. But now, as then, we know, deep down, that it is the right thing to do.’ 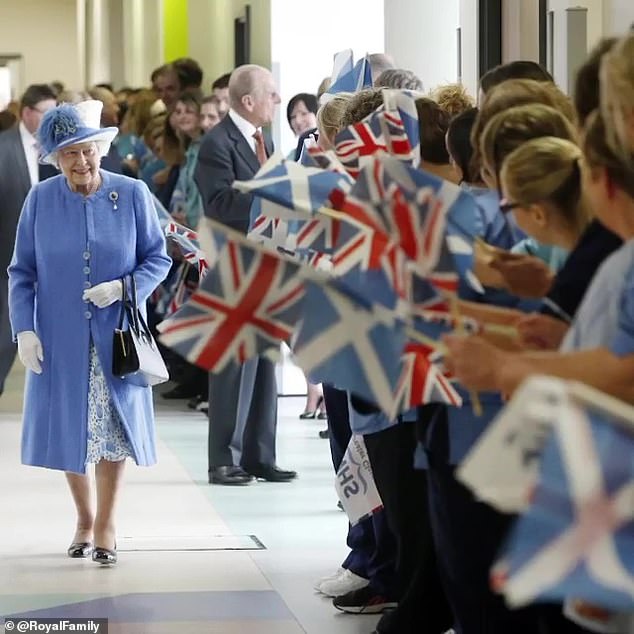 The Queen and the Duke of Edinburgh are pictured being greeted by healthcare workers on a royal visit, in a photograph posted by the @RoyalFamily account as part of a video today 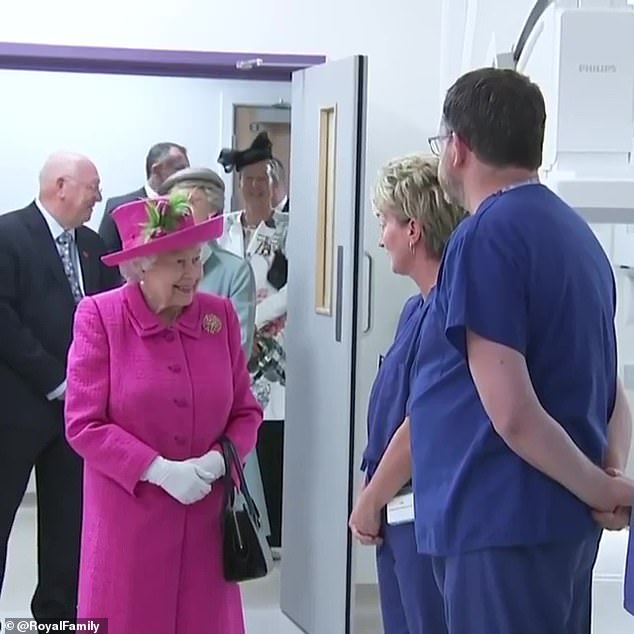 The Queen’s address sits just behind the London 2012 Olympic Games closing and opening ceremonies in the list of most watched broadcasts this decade.

Zara Tindall, 38, said she was ‘very proud’ of her grandmother’s efforts.

Appearing on ITV’s Good Morning Britain yesterday from her home in Gloucestershire, she said: ‘Obviously, we’re very proud and what she said is completely, 100 per cent what the country needed.

‘I hope everyone listens and we can try and get back to normal and, as we’re trying to do today, support our NHS as much as we can.’

Sarah Ferguson, 60, also praised the Queen and admitted that the speech had ‘touched her to the core’. 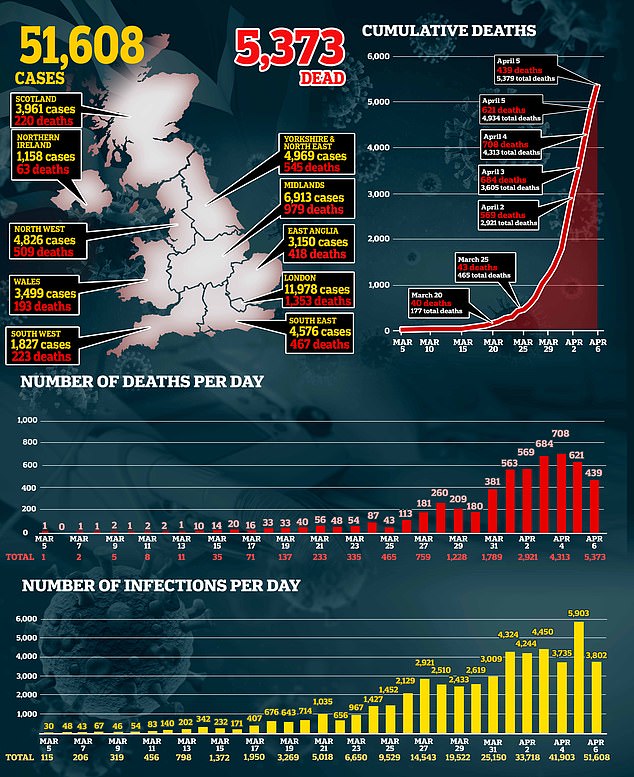 The Duchess of York, the former wife of Prince Andrew, wrote on Twitter: ‘Her Majesty’s words touched my core and inspired us to never give up.

The Queen has been personally affected by the coronavirus with her eldest son Prince Charles testing positive.

Charles was diagnosed with coronavirus on March 25. At the beginning of last week, he came out of isolation after seven days in line with current UK government policy.

The Duchess of Cornwall has come out of isolation after 14 days. She tested negative for coronavirus but she had to remain in isolation because she was in the same household as her husband.