Revealed: Doctor leading Boris Johnson’s coronavirus treatment is one of the country’s foremost lung experts – as he spends third night in hospital

Boris Johnson’s course of intensive care treatment is being steered by one of the UK’s most distinguished lung doctors, it was revealed last night.

Dr Richard Leach, senior clinician at Guy’s and St Thomas’ Hospital, is responsible for the Prime Minister’s coronavirus recovery and has visited his bedside, according to the Daily Telegraph.

A veteran physician, colleagues last night waxed lyrical over the ‘brilliant doctor’ who has ‘saved thousands of lives’ during his medical career.

‘He’s the most knowledgeable respiratory specialist in the country, and he’s a straight talker,’ said one.

‘He would find the attention mortifying, but the Prime Minister couldn’t be in better hands.’

Dr Richard Leach, senior clinician at Guy’s and St Thomas’ Hospital, is responsible for the Prime Minister’s coronavirus recovery and had been at his bedside 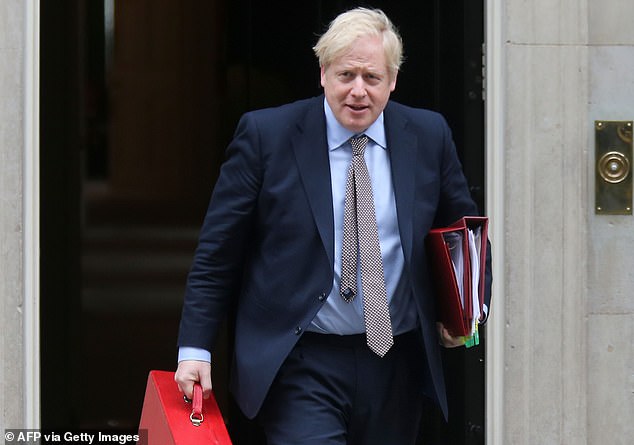 Mr Johnson, who tested positive for the disease on March 27, was taken the short drive across Westminster Bridge to St Thomas’ on Sunday night after his symptoms persisted.

He was transferred to intensive care at around 7pm the next evening after suffering breathing difficulties and reportedly given four litres of oxygen.

Medics at the hospital who have worked alongside Dr Leach assured that his expertise meant he was best-equipped to oversee the PM’s treatment.

Dr Leach has worked at the central London hospital for 26 years and in 2018 was made director for pulmonary and critical care medicine.

His encyclopedic knowledge of the respiratory system has even been laid down in five leading textbooks.

While Dr Leach has reportedly assumed ultimate responsibility over Mr Johnson’s treatment, hospital sources warned against exaggerating how hands-on a role he was playing.

Downing Street yesterday announced that the PM is in a stable condition and ‘remains in good spirits’. 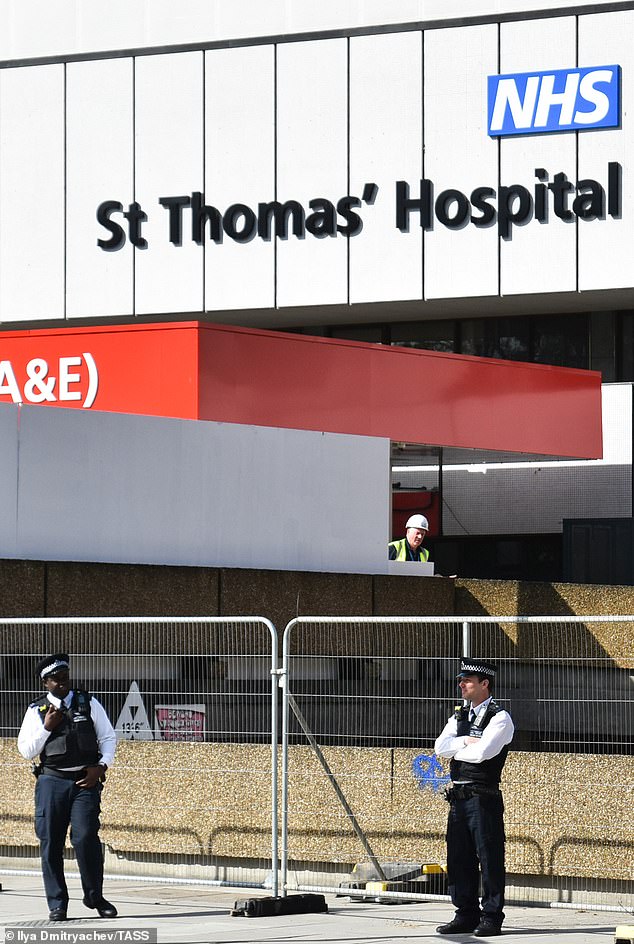 Mr Johnson, who tested positive for the disease on March 27, was taken the short drive across Westminster Bridge to St Thomas’ on Sunday night after his symptoms persisted

Foreign Secretary Dominic Raab, who is deputising for Mr Johnson, hailed his ‘boss and friend’ as a ‘fighter’ who he was confident would pull through.

Mr Johnson has not yet required ventilation, although some medical experts warned that such treatment was ‘very likely’.

The fact Mr Johnson has not yet been put on a ventilator, particularly in the first 24 hours of his admission to intensive care, has greatly improved his prognosis.

Research has found that 84 per cent of patients in intensive care who only require basic respiratory support leave the unit alive.

This compares to just 33 per cent of those who need advanced respiratory support – such as ventilation – according to data from the Intensive Care National Audit and Research Centre.

Dr Nathalie McDermott, a clinical lecturer at Kings College London, last night questioned why Mr Johnson was in intensive care rather than a ward or High Dependency Unit if he only needed standard oxygen therapy.

She said: ‘Downing Street are saying he’s not requiring anything other than oxygen which I find interesting because someone requiring oxygen wouldn’t normally be on intensive care.

‘They might be on a High Dependency Unit, they might have two to one or one to one nursing, but normally you go to intensive care when you need additional breathing support. It’s difficult to know.’