So much for the face masks, Sadiq: Just a handful of passengers cover-up on packed Tubes… while London Mayor is still dawdling over making them ‘mandatory’ this week

Commuters packed onto London Underground trains during rush hour today as Mayor Sadiq Khan considers whether to force them to wear face coverings.

Ministers have urged anyone using public transport to wear a covering, but the guidance is being widely flouted and rail workers want tougher enforcement.

Meanwhile other pictures showed traffic building up on the A102 at Greenwich in South East London this morning as the roads gradually become busier.

But traffic data from TomTom in London today showed congestion levels were 19 per cent at 7am and 20 per cent at 8am – the same level at the same point last week. 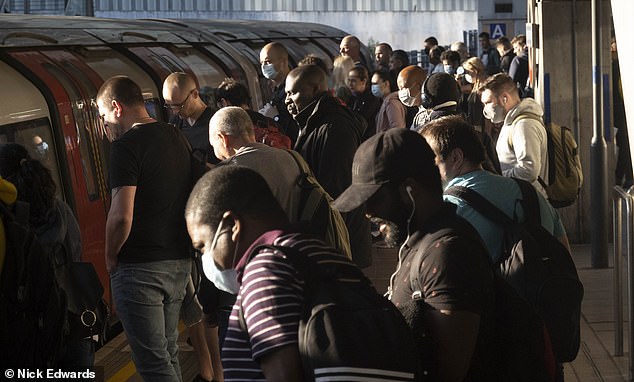 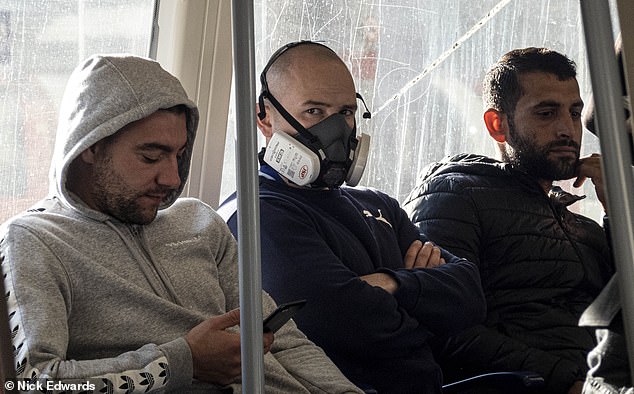 Mr Khan has been criticised over his handling of the coronavirus pandemic in recent months with photographs continuing to show packed Tube trains and buses.

But he told the London Assembly last Thursday that he would be considering this week ‘whether I need to use the option I’ve got to make it (coverings) mandatory.’

He said he would lobby the Government in a bid to ‘reach a sensible compromise’ as he noted that some train services in London are not under his control.

Mr Khan added: ‘I leave the option available, which is to make it mandatory in London only. But I’m hoping we can persuade the Government to do the right thing.’ 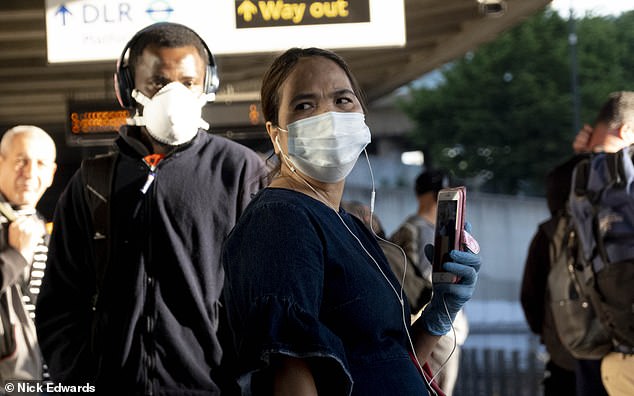 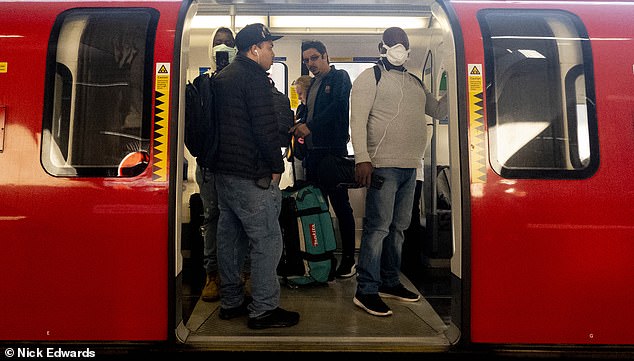 Rail chiefs will closely monitoring passenger numbers in the coming weeks, with the expectation that numbers will rise as Britain gradually emerges out of the lockdown.

Network Rail have warned that stations could be closed if crowding becomes an issue, while Transport for London has pleaded with commuters to avoid travelling.

TfL has urged people to ‘continue to avoid public transport, where possible, to free up the limited space available to those who have no alternative way to travel’.

It has also asked commuters to consider including walking or cycling during their journey, or getting off a few stops early to reduce those on Tubes and buses. 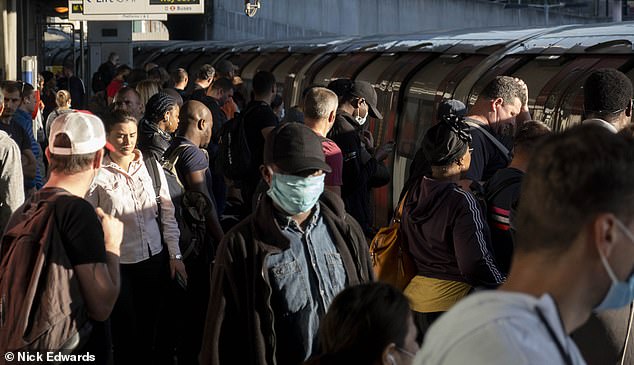 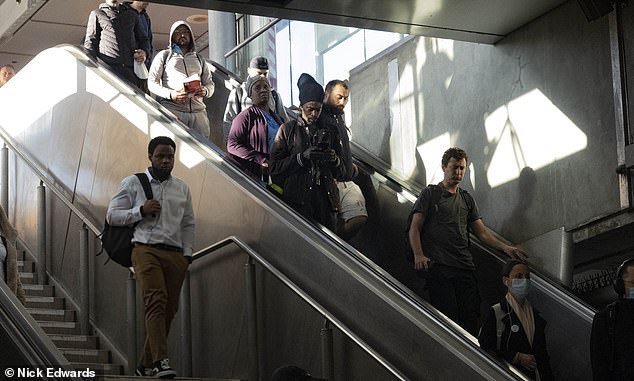 TfL has also said: ‘When using our services please wear a face covering and respect the space of fellow passengers to help maintain a two-metre distance.’

It comes as Boris Johnson announced all shops across England will be able to open next month if they can meet Covid-19 guidelines to protect shoppers and workers.

The Prime Minister said yesterday that outdoor markets and car showrooms would be able to open from June 1 if they are safe to do so.

All other non-essential retailers will be allowed to open from June 15, provided the guidelines are met along with the Government’s five tests for easing the lockdown. 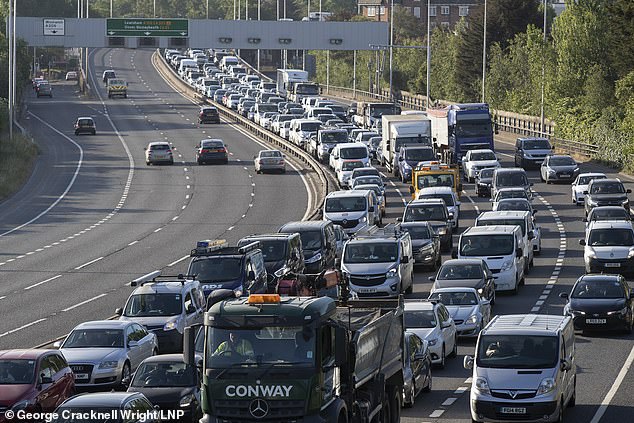 Traffic data from TomTom in London today showed congestion levels were 19 per cent at 7am and 20 per cent at 8am – the same level at the same point last week.

Mr Johnson told the Downing Street press conference yesterday that the risk of transmission is lower in outdoor areas, where social distancing is easier to enforce.

Earlier this month, garden centres were permitted to reopen in England, Wales and Northern Ireland as part of the easing of coronavirus lockdown restrictions.

Meanwhile Dominic Cummings has sought to defend his decision to drive to County Durham despite the lockdown restrictions, saying he does not regret his actions.

The political storm over the journey by the Prime Minister’s chief adviser in March overshadowed Mr Johnson’s announcement on shops reopening.