Coronavirus UK: Mother, 29, is threatened with prison for refusing to send her children to school

A clinically vulnerable mother has been threatened with a three-month prison sentence and a £2,500 fine because she refused to send her children back to school amid coronavirus.

Katy Simpson, 29, chose to keep her son Damien and daughter Alisha, both six, at their home in Redcar when schools returned last month.

She told teachers at Galileo Academy Trust in North Yorkshire: ‘If I get that virus I will die’.

Ms Simpson has Type 1 diabetes, asthma and an under-active thyroid – which classes her as clinically vulnerable under NHS guidelines.

She has barely left the house since lockdown was first introduced in March, and only to shop for food once a week.

Katy Simpson (pictured with her children), 29, chose to keep her son Damien and daughter Alisha, both six, at their home in Redcar when schools returned last month

Last week she was visited by an education welfare officer who handed her a court warning letter.

If she does not return her children to school she could be fined £2,500 and sent to jail for up to three months.

Under The Education Act 1996, parents can be ruled to have broken the law if their child fails to regularly attend school and there is no ‘reasonable justification’.

The letter from the officer, who represents the school, said: ‘Missing school damages a pupil’s opportunity to achieve a good education. It reduces future life prospects, disrupts school routines and the learning of others.

‘It can leave a pupil and the community vulnerable to anti-social behaviour and youth crime. 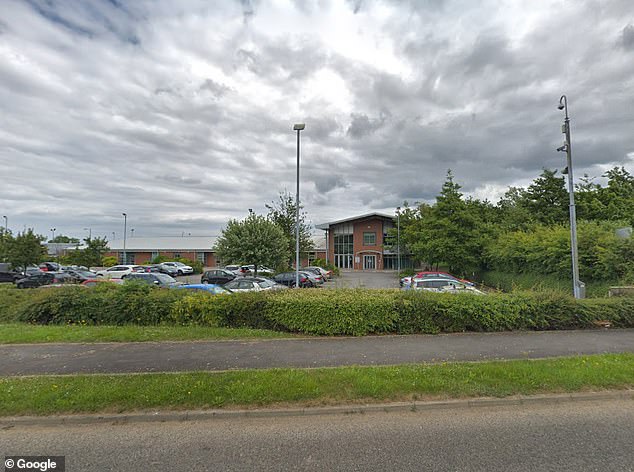 She told teachers at Galileo Academy Trust (pictured) in North Yorkshire: ‘If I get that virus I will die’. Ms Simpson has Type 1 diabetes, asthma and an under-active thyroid – which classes her as clinically vulnerable under NHS guidelines

‘I am particularly concerned that despite knowing the seriousness of the situation, you have (not only) failed to secure the regular attendance of your child in school (but you have also failed to attend meetings or engage with the assistance that has been offered to you).

‘In light of this, I have no option but to begin prosecution procedures for the more serious offence under the Education Act 1996 contrary to Section 444 (1A).

‘This offence means the courts, if they find you guilty, can fine you up to £2,500 and impose a prison sentence of up to three months.’

Unemployed Ms Simpson said she has no plans to return her son and daughter to school – despite the written warning.

Ms Simpson said: ‘There’s no two ways about it, if I get that virus I will die.

‘I’m a single mum and don’t have my family around to help out with the kids. I can’t take that risk. When there’s cold or a flu about I always get it and I’m knocked for six.

‘The virus has killed thousands of people and we’re all getting locked down again and it looks like it’s going to get worse.’

She said staff at her children’s school were not listening to her, adding that she was asked to go to meetings to explain why her children had not been sent in. 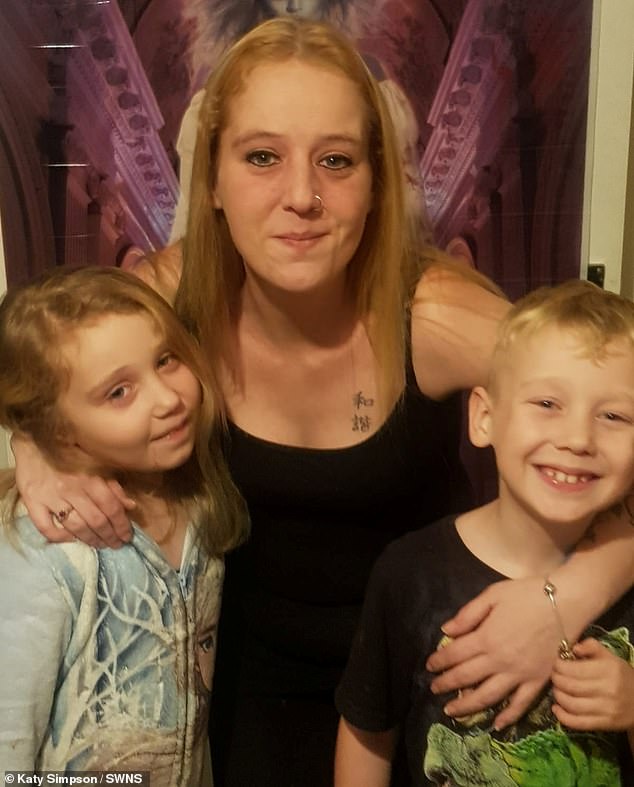 ‘I’m petrified of getting the virus, so I can’t leave the house,’ she said. ‘Even if other people took them to school, the amount of people they would be coming into contact with wouldn’t be safe.

‘Damien has asthma too, so it’s not all about me.

‘The Education Welfare Officer ended up standing on my doorstep to have the meeting, but it didn’t go very far.

‘Now they are threatening me with going to court. I’m not sure I’ll be able to go as I’m just too scared.’

North Yorkshire is still under Tier 1 restrictions – meaning social distancing must be enforced but people from difference households can still mix in groups of up to six inside – but Redcar itself is in Tier 2.

Tier 2 restrictions ban different households mixing inside and food and drink can only be consumed while people are sitting down.