A Fox News host whose 73-year-old father works as a physician in a Texas ER has shared her terror that he will contract coronavirus and fall deathly ill.

Kristin Fisher, 36, who works as the network’s Washington correspondent, took to social media this week to share an image of her dad, Dr. William Fisher, working in a Texas hospital – while confessing that she burst into tears after receiving it.

‘This is my Dad,’ she wrote in the caption of the photo, a black-and-white shot that shows Dr. Fisher, who is a former astronaut, standing in the ER while wearing a surgical mask and gloves. ‘He’s a 73 year old Emergency Room physician in Texas who loves his job and will never retire.

Heartbreaking: Fox News correspondent Kristin Fisher shared this image of her 73-year-old ER doctor father while sharing her fears about him working with coronavirus patients 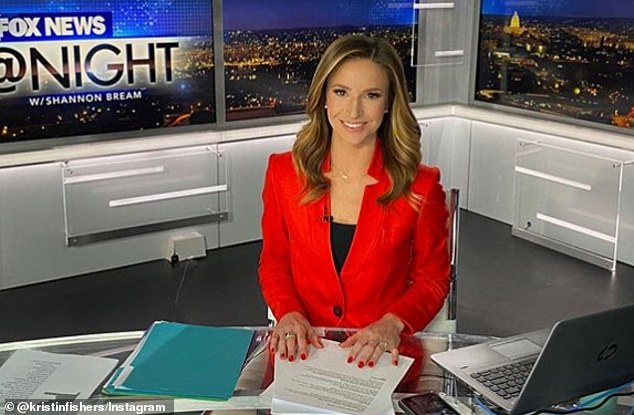 Devastating: The 36-year-old confessed that she broke down in tears when she saw the photo of her father wearing a medical mask and gloves

‘He texted me this picture tonight after I’d asked him how he was doing… and I burst into tears the second I saw it.

‘My reaction came out of nowhere. I’d been watching Narcos and laughing seconds earlier.

‘I called him to say I was worried about him, but could barely speak as I fought to keep my voice steady. I think we all have a moment where the gravity of what’s happening finally hits us. This was mine.’

The post quickly went viral, with thousands of people liking and sharing Kristin’s tweet, while hundreds offered words of sympathy and support.

‘Praying for your dad and thank you for what you do. It’s people like him that’ll get us through this,’ one person wrote, while another said: ‘Your father is a hero, Kristin! At his age and facing a virus that puts him at high risk, nobody would think twice about it if he decided to retire.

‘Instead he’s gearing up and wading into the trenches to help his fellow Americans. You should be, and I’m sure you are, so proud!’

Others shared stories about their own families and the difficulties that they are facing during the coronavirus pandemic. 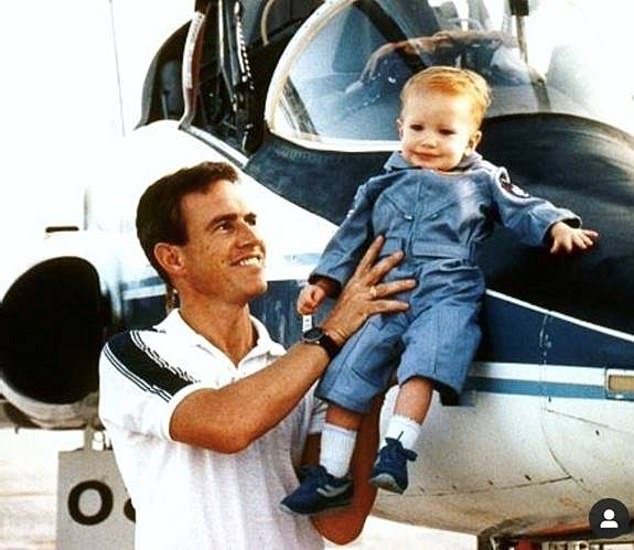 Upset: ‘I called him to say I was worried about him, but could barely speak as I fought to keep my voice steady,’ Kristin said of her former astronaut father 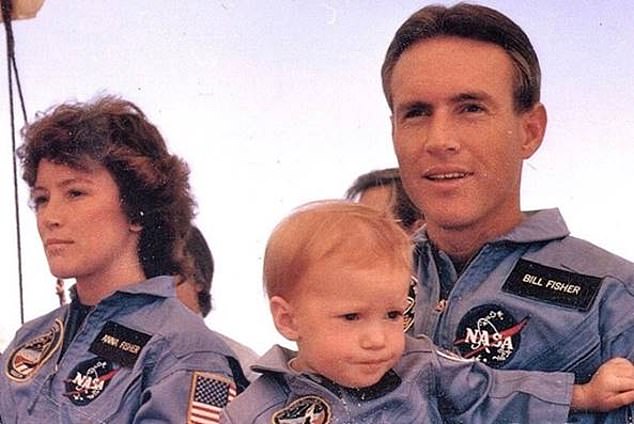 Proud: Both of Kristin’s parents worked for NASA during the 80s, and her father went into space on the 1985 shuttle 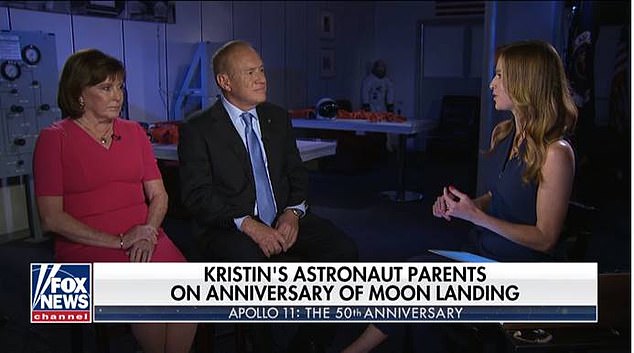 Emotional: ‘I think we all have a moment where the gravity of what’s happening finally hits us. This was mine,’ Kristin, pictured with her parents last year, said of receiving her dad’s photo

‘My daughter is in charge of a large clinic,’ one wrote. ‘She has two kids…I begged her to find a way to quarantine. She said, “Mom, I’m a nurse…my staff are on the front line…I would never abandon them or our patients!”

‘Ppl she’s the norm, not the exception! True American heroes!’

Another person added: ‘I had a similar reaction hearing my mother talk to her 100 year old mother on the phone. My grandmother is in a nursing home. They are on lockdown. She has a birthday 19 March 2020. We will not see her.’

As of Thursday afternoon there were more than 11,300 confirmed cases of coronavirus in the US, with more than 220 located in Texas, where three people are k known to have died as a result of the illness.

Following the overwhelming response to Kristin’s tweet, the TV correspondent and her father appeared on Fox News on Wednesday to discuss the incredible reaction, while Dr. Fisher also shared some insight into what life has been like working in the ER during the coronavirus pandemic.

The medical professional – who is a former NASA astronaut who went into space on the 1985 space shuttle – explained that, while he knows he is working under increased risk, he is determined to do the best job he can.

‘All health care workers are at increased risk, but we do the best we can, and every patient that I see with similar symptoms is a potential COVID-19 patient, so we have to treat everybody as though they are infected … and that is what we are doing,’ he said.

Speaking about the overwhelming pressure he and his team is facing, Dr. Fisher compared his work to ‘walking into a dark forest with a patient behind every tree’. 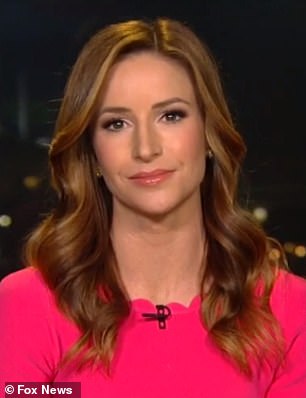 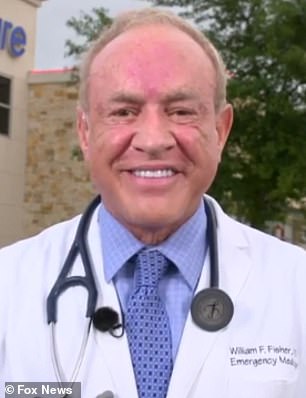 Speaking out: Kristin and her father, Dr. Fisher, went on Fox News together to discuss the viral response to the image 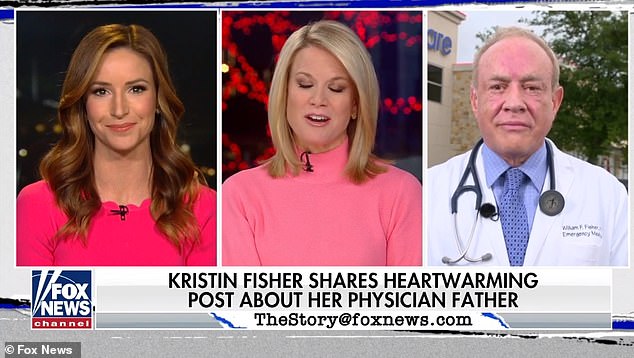 Scary: Dr. Fisher compared working in the ER to ‘walking into a dark forest with a patient behind every tree’ 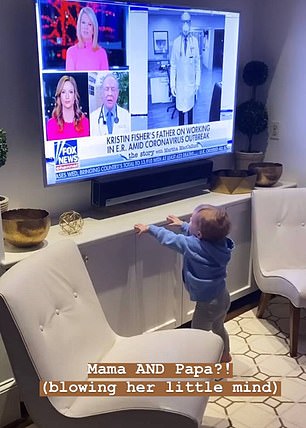 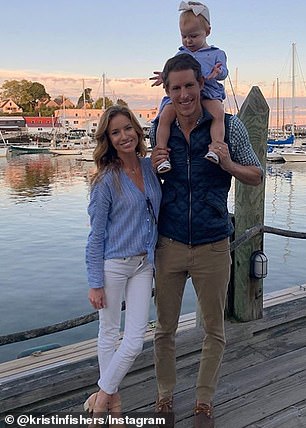 Family first: The mother-of-one is based in Washington, where she lives with her husband and their young son, who watched his mom and grandfather on TV

But despite the uncertainty and the terrifying prospect of working in such risky conditions, Dr. Fisher was full of praise for the way that the government has handled the pandemic, insisting that officials had done a ‘remarkable’ job of responding to the crisis, despite his hospital not yet receiving any coronavirus tests.

‘The way we have transitioned from a peacetime to a wartime setting in the last two weeks has been remarkable,’ he said.

‘It took four to six months to get this far after Pearl Harbor. I think an excellent job is being done, it’s just the magnitude of the problem is so great, it takes time.’

As for the reaction to his daughter’s post, Dr. Fisher admitted that he was stunned after reading her kind words.

‘When I read what she said, I teared up, too,’ he said. ‘I was so surprised. It was such a wonderful thing to read.’

Appearing with her father on the show, Kristin confessed that, while she supports her father and knows that he is in good health, hearing all of the news about the risks that healthcare workers are facing is making her more and more worried for him.

‘He has the immune system of somebody who has been working in emergency rooms for 40-plus years, but when you hear the stats about how this virus affects people who are older, it really hit me.’ 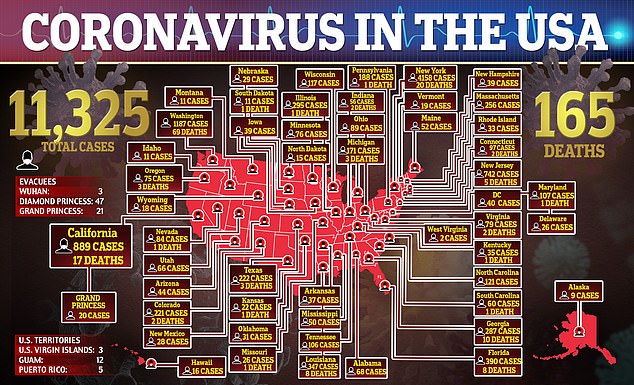