The US government has urged its citizens to ‘exercise increased caution’ travelling to New Zealand due to its 23 cases of COVID-19 – despite America recording nearly five million infections.

The official U.S. travel advice website upgraded New Zealand to a ‘level two’ warning level with citizens warned about travelling to the country.

It noted that the warning level was due to ‘health risks’ and ‘disease outbreaks’, with the US embassy in New Zealand providing an update on Thursday.

The U.S. has warned its citizens about travelling to New Zealand due to the 23 active cases despite recording almost five million in the states (pictured, President Trump on Thursday)

‘Currently, there are 23 active cases in New Zealand.’

The U.S. has had almost five million cases of coronavirus and 160,000 deaths since the pandemic began.

All of the 23 cases of coronavirus in  New Zealand are in quarantine hotels, with no people in hospital.

New Zealand is set to achieve 100 days without a case of community transmission of coronavirus on Sunday.

America’s level two advisory level is a half way point on the scale, with the remaining two stages being ‘reconsider travel’ and ‘do not travel’. 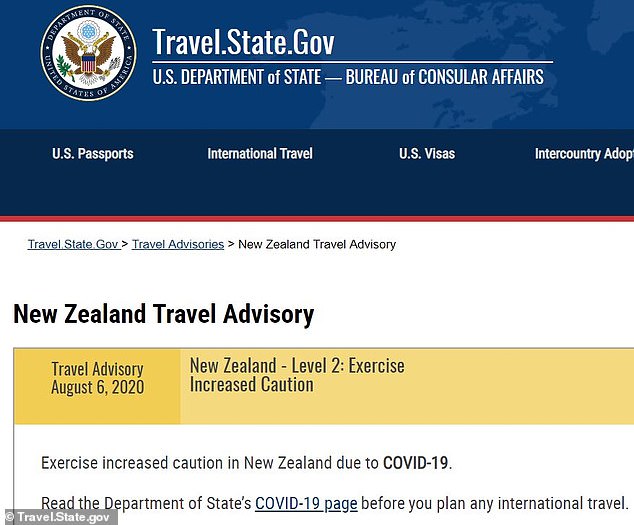 The current rating puts New Zealand at the same level as Hong Kong, which has more than 1,300 active cases.

Current travel restrictions mean that the only New Zealand citizens and those with valid visas, meaning most people from the US would be blocked regardless.

On Monday, Ms Ardern called off plans for a trans-Tasman travel bubble between New Zealand and Australia.

The prime minister said flights between the two nations was out of the question as Victoria struggles to contain a coronavirus outbreak.

The amount of community transmission has delayed the possibility of travel between New Zealand and Australia by several months. 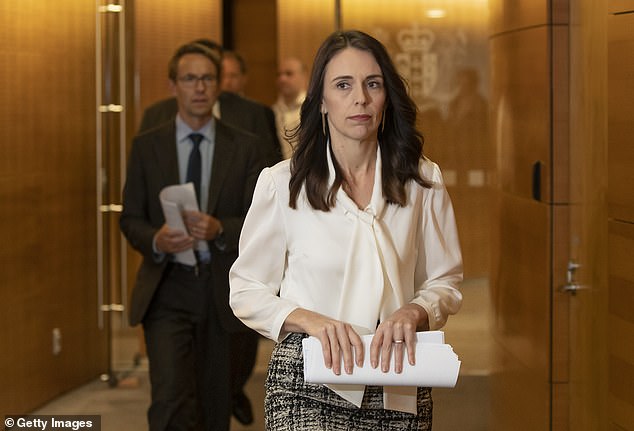