Thousands of people in California and Colorado have been tested for coronavirus antibodies in a series of private efforts which scientists are now eagerly awaiting the results of in the hope that they may hold the key to restarting the economy.

In California, a study led by Stanford has already tested 3,200 people for the antibodies using finger-prick tests that were developed by Premier Biotech.

In Los Angeles, the county health department will begin a pilot testing program on Friday which tests hundreds of people at random to determine.

And in San Miguel County in Colorado, all residents are being provided with tests by United Biomedical executives who are local to the area.

Eight thousands tests have been done already there already but the company’s labs are backed up processing the results.

They have managed to return 986 results which found eight people who had the antibodies, according to the county’s officials.

None of those tests have been approved by the CDC but they are being allowed to be carried out under relaxed guidelines that were loosened in light of the pandemic.

Twenty-three people’s results were deemed borderline or ‘indeterminate’ and 955 tested negative, which indicates that it is not full proof.

One of the tests that is being used is a Premier Biotech finger test which gives a result in just 10 minutes. It was used in the Stanford study in California

The CDC has approved only one – Cellex – which it says should become available in 10-14 days.

Dr. Fauci said on Thursday he’d been told it would be ‘weeks or days’ before they would become available.

It is unclear why no other tests have yet been approved.

New York is yet to roll out its own antibody test despite being by far the worst-hit region in America. 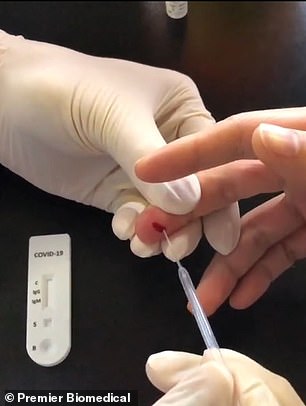 The State Department of Health has developed its own test through its own scientists, and Gov. Andrew Cuomo says he is now working to get it brought to scale.

He said the delay was down to private sector companies not having the capacity to scale up fast enough.

World leaders are hopeful that the tests hold the key to rebooting the economy, but an effective one is yet to be found.

In Europe, thousands of tests have proved to be ineffective, including in Spain where it was found to only work in 30 percent of cases.

The problems are believed to lie in the fact that the tests might not be sensitive enough to detect if a person has immunity to the virus. 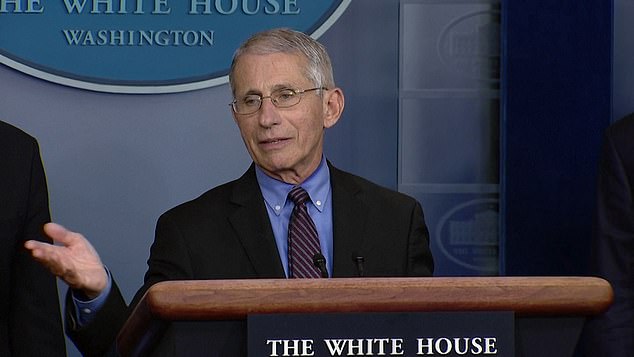 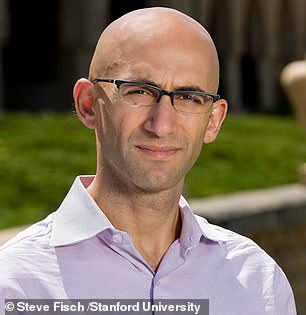 Dr. Evan Bendavid from Stanford has tested 3,200 people as part of his study. He has not yet released the results

There are still many unanswered questions surrounding the virus like how long a person remains immune to it and whether or not you can be re-infected once you recover from it.

Dr. Eran Bendavid, the Stanford scientist leading the effort in California, told ABC’s Diane Sawyer he is hopeful that the test will clarify some of these questions.

‘I think this [study] has very important implications for how we understand the epidemic, for how we move it forward.

‘From our survey really the most important piece of information is, how many people in our country have been infected?’

Forty more coronavirus patients in South Korea thought to have recovered from the disease have tested positive again, after 51 others also tested positive after they had ‘recovered’ earlier this week.

Health officials have scrambled to allay creeping nervousness that people can be re-infected, which would fan panic in nations believed to be nearing herd immunity.

Jeong Eun-kyeong, director of the Korea Centers for Disease Control and Prevention (KCDC), told a briefing that the virus may have instead been ‘reactivated’.

Epidemiologists in Seoul are urgently trying to drill down into the cause of this bizarre trend, which was first witnessed in 51 patients from Daegu on Monday.

He tested 3,200 volunteers in Santa Clara County last week and is now waiting for the results.

The Stanford study took place across three sites; a church and two parks. Clinical and non-clinical volunteers staffed the labs.

They found participants by running targeted ads on Facebook to attract a demographic that represent the county.

‘The number of participants doubled every few minutes. We were seeing them in real time, and I was panicking. I said, ‘Close [registration] right now. Take it off so that we can re-evaluate,”‘ Dr. Bendavid todl The Stanford Daily.

Everyone who took part got a $10 Amazon gift card. If the scientists find anti-bodies in their blood, they will call them within a week, Bendavid added.

The tests were carried out last Friday and Saturday.

Dr. Bendavid did not immediately respond to DailyMail.com’s inquiries on Friday morning about when the results would be known.

Premier Biotech, the lab which makes the tests, says on its website that the results are available within 10 minutes of the sample being taken and that the results remain valid for 20 minutes. 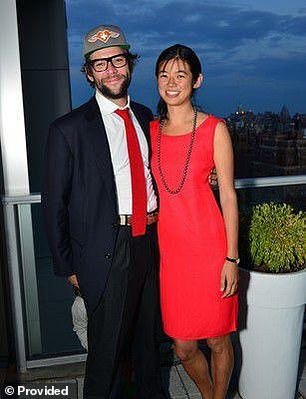 In Colorado, United Biomedical last month announced that it would pay for every resident in San Miguel County to undergo the test.

There were fears that it could not keep up with the volume it promised, but the company this week insisted it was on track to deliver.

The company’s founders Mei Mei Hu and her Lou Reese live part-time in the affluent skiing community Telluride, one of the county’s expensive towns.

They have already carried out 6,000 tests but have only processed around 1,000 of them due to shortages in staffing in their labs.

Some results from tests performed on March 26 and March 27 were returned.

Of the 986 carried out, eight people were found to have antibodies, 23 results were indeterminate and the rest were negative.

Now, they are rushing to get through the rest of the tests.

They insisted that they are not overwhelmed and will get through them, but that it is able to.

Reese has even suggested making the test available nationally.

‘It’s absolutely my goal to make this standard for how we get the country back to a new normal.

‘If we tested everyone in the whole country and were prepared to do it twice, you would know exactly when you would be back at functioning — everybody back at work,’ he said.

The pair’s company, United Biomedical, is based in New York but they have a subsidiary called COVAXX.

That is what developed the test.  They live most of the year in Texas but frequent Telluride seasonally.

The town’s representatives called their donation of the tests a ‘gift’ and an ‘opportunity’.