Coronavirus US: Trump says ‘nobody’s been hit harder than me’

President Trump was asked what his message would be to families of the deceased. He told ABC News’ David Muir, ‘I want to say I love you,’ later adding ‘there’s nobody that’s taken it harder than me’ 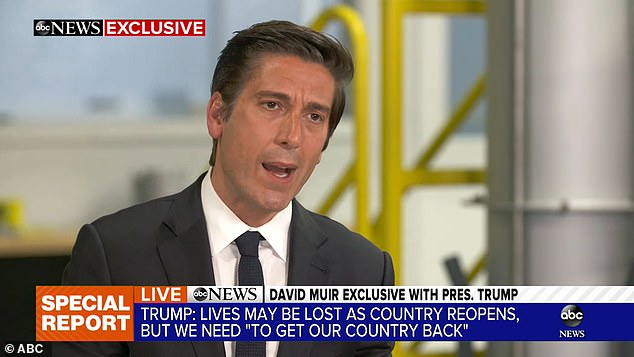 ABC News’ David Muir asked if there would be more coronavirus deaths as the country moved to reopen. The president first said ‘it’s possible’ and then revised that by saying ‘there’ll be more death’ 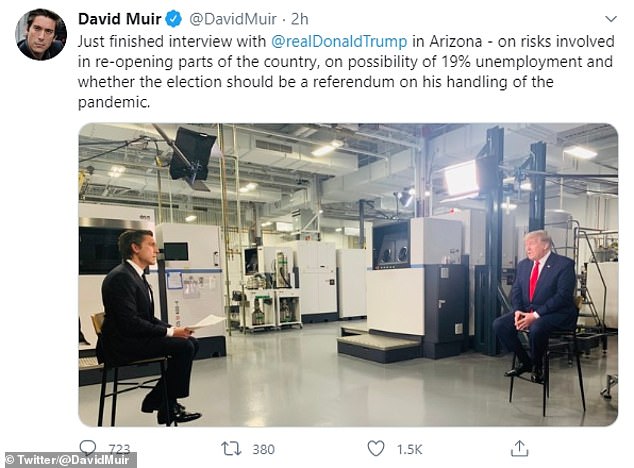