The death of a father-of-two who suffered a cardiac arrest after a police officer fired a Taser at him three times has sparked calls for a review into the use of the ‘less-lethal’ devices.

Marc Cole was stunned for more than 40 seconds following an incident in Falmouth, Cornwall.

The 30-year-old had previously jumped from a first-floor window at a friend’s home, stabbed a woman in her garden, and was then seen to be slashing his own throat and neck.

Police arrived and – fearing for their own lives and Mr Cole’s – an officer discharged the stun gun three times.

Mr Cole, who was struggling after the recent death of his father and had taken a large amount of cocaine, suffered a subsequent cardiac arrest and died following the incident.

Marc Cole, 30, died of a cardiac arrest after he was stunned for more than 40 seconds following an incident in Falmouth, Cornwall, in May 2017

Earlier this year, an inquest jury in Truro concluded that Mr Cole had died from excess use of cocaine, resulting in paranoid erratic behaviour, with the use of a Taser by Devon and Cornwall police having ‘a more than trivial impact’.

An investigation by the Independent Office for Police Conduct (IOPC), published in January, found the use of Taser on Mr Cole during the incident on May 23, 2017, ‘was in line with force policy’.

IOPC Regional Director Catrin Evans said at the time that the officer who used the Taser held a ‘genuine belief that Mr Cole was about to harm himself or another person and acted reasonably’.

But a coroner has since called for a review into the repeated use of Tasers.

Following the inquest, Geraint Williams, Assistant Coroner for Cornwall, wrote a preventing future deaths report to the Home Secretary and the College of Policing, expressing his concerns.

He said there is ‘limited data’ as to the effects of Tasers upon individuals, particularly on those classed as vulnerable.

Mr Williams said: ‘In evidence it was clear that there is no understanding about the potential for incremental risk with multiple Taser activations, and no training provided as to the maximum number of activations, nor of their duration which is appropriate or safe.’

‘The evidence was that the training given to police officers in this aspect is as set down by the College of Policing and that it is silent as to the potential incremental risk of multiple and or sustained activations – the so called ‘detention under power’.

‘It was clear from the evidence of an intensivist consultant that a Taser does carry a risk,’ he said, ‘but the extent of that risk is far from clear.’ 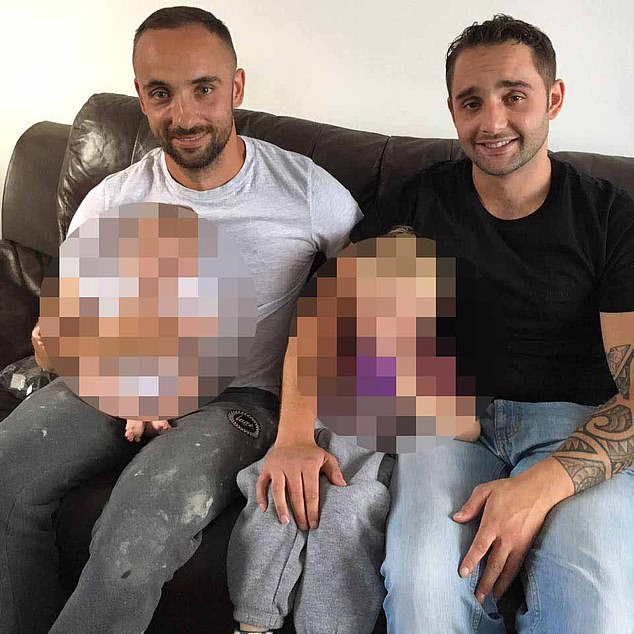 Earlier this year, an inquest jury in Truro concluded that Mr Cole (pictured right) had died from excess use of cocaine, resulting in paranoid erratic behaviour, and that the use of the Taser had ‘more than a trivial impact’

‘I am concerned, based upon the evidence that was led before the jury, that there is insufficient independent data as to the lethality of Taser use and that, therefore, the advice and training provided to police officers may be deficient or incomplete.’

Mr Williams added: ‘Perhaps by a wholesale review of the effects of multiple Taser activations and the effects of sustained activations – whether in isolation or in combination – so that fuller and more comprehensive advice, guidance and training can be given to those officers who are authorised to carry Tasers.’

Last month, the Home Office announced almost 8,000 more Tasers could be deployed by police on the streets of England and Wales.

What is a Prevention of Future Deaths report?

In the UK, Coroner’s hold inquests into a person’s death if the cause of death is still unknown, or if the person: possibly died a violent or unnatural death, died in prison or police custody.

An inquest is an investigation into a person’s death to establish, who they were, when they died, where they died and how they came about their death.

If during the coroner’s investigation or during inquest, a coroner hears evidence which gives rise to ‘a concern that circumstances creating a risk of other deaths will occur, or will continue to exist in the future,’ and deems action in necessary, they have a duty to issue a Prevention of Future Deaths report.

The report is made to relevant person, organisation, local authority or government department or agency.

It will set out the concerns and request that action should be taken.

The person, body or organisation in receipt of this report then has 56 days to provide the coroner with their response, to include details of the actions taken and to reassure the coroner that their concerns have been addressed to prevent future deaths.

Deborah Coles, director of campaign group Inquest, a charity which provides expertise on state related deaths and their investigations, said: ‘The evidence at this inquest exposed a shocking vacuum of data and research on the dangers of Tasers, resulting in a lack of understanding and insufficient training for the police armed with them.

‘The continued roll-out of Tasers to police forces, without a full independent review of their associated risks and lethal potential, is nothing less than reckless.

‘It is critical that this recommendation for a review is implemented with urgency.’

A spokesperson for the Home Office said the processes and safeguards in place for the police use of Tasers had been ‘carefully reviewed’.

The spokesperson added: ‘Every death in police custody is a tragedy and we have taken the coroner’s report into Mr Cole’s death very seriously.

‘After carefully reviewing the processes and safeguards in place for the use of Taser, we are satisfied they are sufficient.’

A spokesperson for the College of Policing, the professional body for policing in England and Wales, said it had reviewed its existing training and guidance in light of the points raised.

The spokesperson added: ‘The current College guidance and learning materials on use of conducted energy devices (Taser) address the issues raised in the report, such as the risks associated with the number and duration of Taser activations.

‘The training has been developed in light of advice received from the independent body Scientific Advisory Committee on the Medical Implications of Less-Lethal Weapons (SACMILL), which advises the Home Office on the medical issues associated with conducted energy devices.

‘The College will continue working with SACMILL advice to ensure that our guidance and training is always informed by the most up-to-date independent scientific evidence.’