Judges have ruled that a coroner wrongly narrowed the scope of an inquest into the death of a woman poisoned by the nerve agent Novichok.

Dawn Sturgess, 44, died in hospital in Salisbury, Wiltshire, in July 2018 after handling a perfume bottle containing a chemical poison.

Judges heard that the mother was exposed to the same military-grade nerve agent believed to have been used in an attempted assassination of former agent Sergei Skripal, 68, and his daughter Yulia, 36, in Salisbury in March 2018.

Judges ruled that coroner David Ridley was wrong to narrow the scope of the inquest into the death of Dawn Sturgess, 44, (above) who died in hospital in July 2018 after handling a perfume bottle containing a chemical poison

Relatives of Ms Sturgess became embroiled in High Court action in a bid to get ‘key questions’ asked.

Lord Justice Bean and Mr Justice Lewis considered the case at a recent virtual High Court hearing and published a ruling on Friday.

Judges have now ruled that the coroner, David Ridley, was wrong to narrow the scope of the inquest into Ms Sturgess’s death.

But they also decided that Mr Ridley, the senior coroner for Wiltshire, does not have to investigate ‘Russian state responsibility’ and the ‘source’ of the Novichok, when conducting the inquest into Ms Sturgess’s death.

Relatives of Ms Sturgess said Mr Ridley had wrongly decided to limit what would be considered at an inquest.

A barrister representing the family said the question of who was responsible for the use of Novichok was a matter of ‘almost unparalleled public concern’. 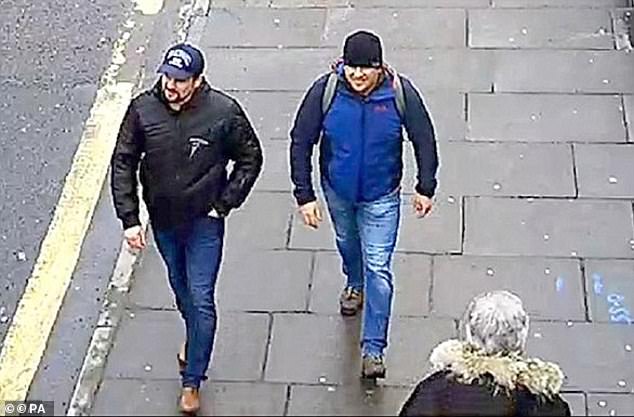 Mr Ridley was said to have decided not to consider whether any other Russian state agents, other than two suspects known as Alexander Petrov and Ruslan Boshirov (pictured), were responsible for Ms Sturgess’s death

Michael Mansfield QC told two judges an act of ‘state terrorism’ could not be ‘artificially truncated’.

He added that the coroner had decided he would not consider whether any Russian state agents, other than Russian military intelligence suspects, known as Alexander Petrov and Ruslan Boshirov, were responsible for Ms Sturgess’s death.

The barrister also argued that Mr Ridley would not consider any issues relating to the source of the novichok.

He argued that this meant the inquest would not investigate any ‘credible allegations’ that other Russian state agents were involved or ‘key questions’ about how the operation was arranged. 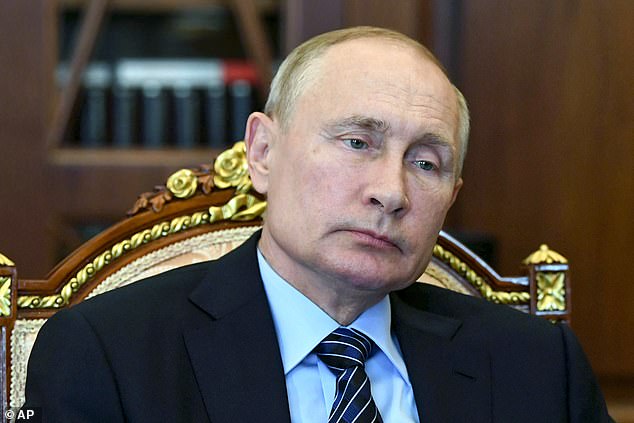 Judges also ruled that Mr Ridley, the senior coroner for Wiltshire, is not responsible for  investigating ‘Russian state responsibility’ and the ‘source’ of the Novichok, when conducting the inquest

Relatives of Ms Sturgess had challenged his decisions on two separate grounds.

They said, in their first ground, that his decision not to investigate ‘other Russian officials’ was irrational and said he was wrong to decide that conclusions ‘as to the responsibility of Russian officials or agents’ could not be reached.

In their second ground, they said that he was wrong to conclude he was not required to investigate ‘the issue of Russian state responsibility’ and ‘the source of the novichok’.

Mr Sturgess died in hospital after collapsing at her partner Charlie Rowley’s home in Amesbury, Wiltshire.

A police investigation after her death revealed she had inadvertently sprayed novichok on herself from a fake perfume bottle which Mr Rowley had found on the ground in a park. 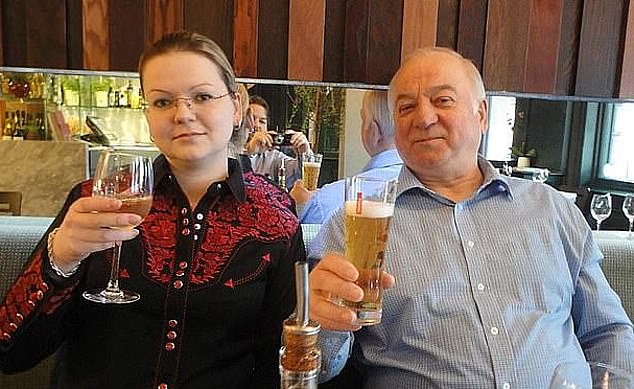 Sergei Skripal, 68, and his daughter Yulia, 36, (pictured) were targeted in a chemical poisoning in Salisbury, Wiltshire on March 4, 2018 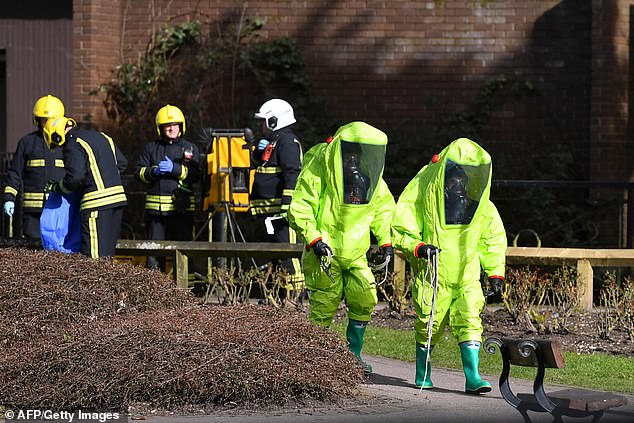 The father and daughter were rushed to hospital and put in induced comas to prevent the poison damaging their organs after they were found unconscious on a park bench on March 4, 2018 (pictured, fire brigade officers next to the bench)

The deadly nerve agent had been used in an assassination attempt on Russian spy turned British double agent Sergei Skripal and his daughter Yulia in Salisbury, as the deadly chemical was left smeared on his door handle.

The pair were found unconscious on a park bench and were rushed to hospital and put in induced comas to prevent the poison damaging their organs.

Both survived the poisoning after nearly a month in hospital, while a police officer, DS Nick Bailey, who was also poisoned, also survived.

The bottle contained Novichok discarded by the Russian poisoners, that he had found seven miles away.

It remains a mystery why two agents were sent to the UK to target Mr Skripal, given he had been pardoned for sharing Russian secrets with MI6 and had been permitted to start a new life in Britain.

Mr Skripal was not thought to have been active in the intelligence field and there was no evidence of Yulia ever being a spy.