By Jabeen Waheed For Mailonline

They began their rise to soap stardom together in the early noughties.

And Samia Longchambon, 36, proved how close her friendship with Nikki Sanderson and Tina O’Brien was from the very beginning, as she shared an epic throwback snap from 2001.

The Coronation Street star likened the three of them to a ‘dodgy tribute band for Atomic Kitten’ as they attended the British Soap Awards in pink crop tops, flared denim jeans and colourful hair extensions. 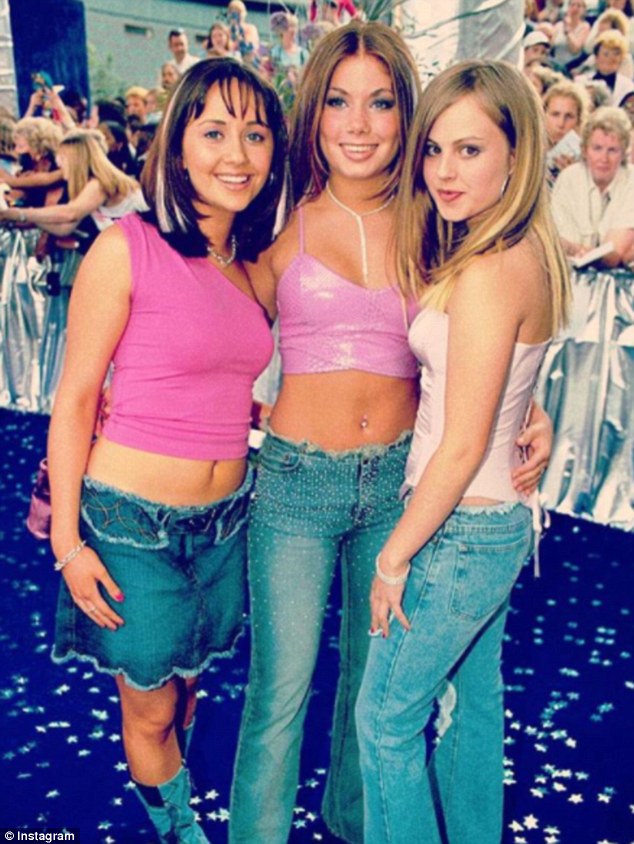 Looking fresh-faced in their early soap days, Samia proved they clearly had a different take on style compared to their elegant displays nowadays.

Clad in a clingy hot pink midriff-flashing crop-top, denim mini-skirt and patchwork boots, Samia beamed as she excitedly posed for the picture.

Accessorising with a silver necklace, Nikki also made an impressive in a shiny baby pink bralet and flared jeans with speckled, glittering detailing. 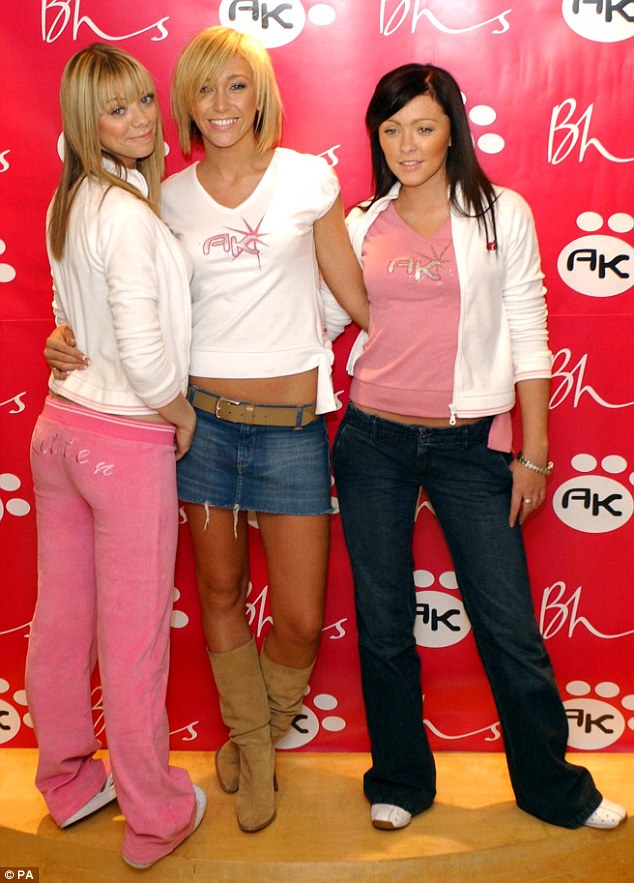 Comparison: The Coronation Street star likened the three of them to a ‘dodgy tribute band for Atomic Kitten’ 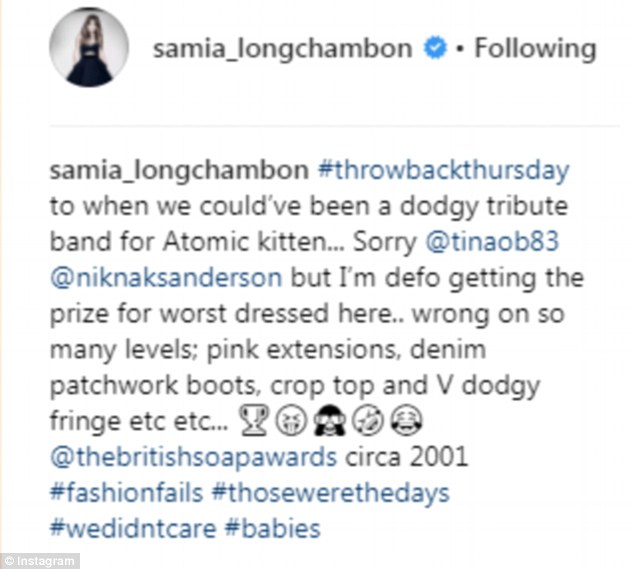 ‘Wrong on so many levels’: Noting the huge change in style over the years, Samia added a hilarious caption to the show 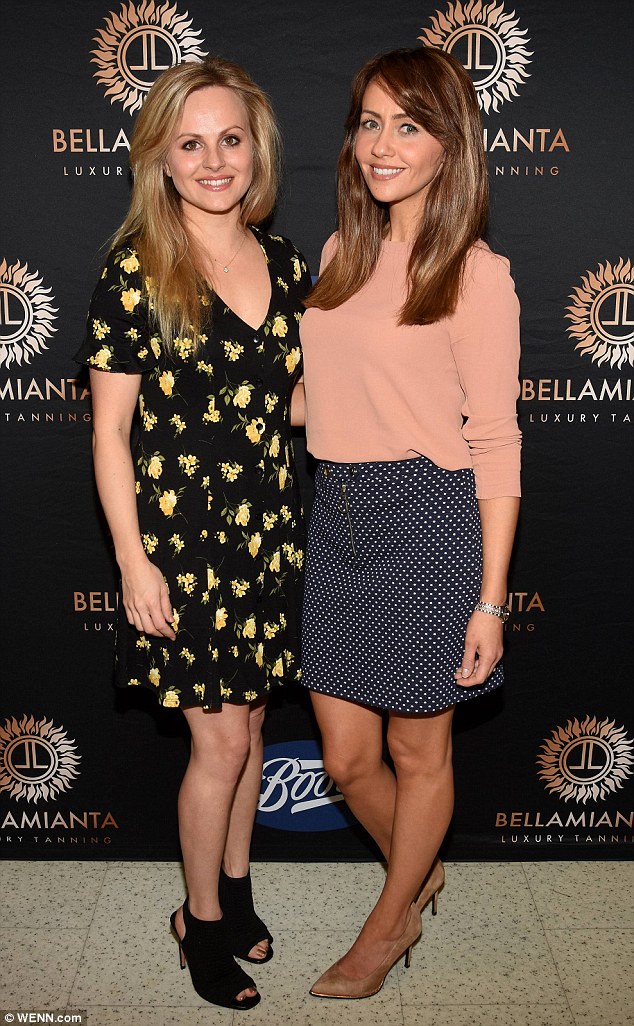 Tina and Nikki (pictured), as well as Nikki, have proven that their style has evolved over the years and are now known for their demure and elegant style displays

Meanwhile, Tina opted for a light pink corset and frayed, ripped jeans as she cosied up to her pals.

Noting the huge change in style over the years, Samia hilariously captioned the shot: ‘#ThrowbackThursday to when we could’ve been a dodgy tribute band for Atomic kitten… Sorry @tinaob83 @niknaksanderson but I’m defo getting the prize for worst dressed here.