A former Congresswoman has reported to federal prison to begin serving her five-year sentence for stealing money from a children’s charity, arriving at the prison gates in a luxury Mercedes minibus.

Corrine Brown, 71, reported to FCI Coleman in Sumterville, Florida on Monday, 20 minutes before her noon deadline to surrender after her conviction on 18 counts of fraud and corruption.

Brown conferred with her spiritual advisor, Kelvin Cobaris, in the rented black Mercedes Sprinter before walking slowly toward the prison intake in a lavender blouse and black slacks, supported by Cobaris with one arm around her.

‘I saw emotion, but I didn’t see nervousness or fear. She was just ready to go face what she needed to face,’ Cobaris told News4 Jax afterward. ‘She’s still the strong leader that we all know she is, and she sends her love to all of her constituents and those who have supported her throughout this process.’

Brown was convicted in a scheme to defraud some $800,000 from the One Door for Education Foundation and using the money for lavish parties, shopping sprees and a trip to the Bahamas.

Former congresswoman Corrine Brown is seen walking into Federal Court last month for sentencing. She reported to federal prison in Florida on Monday for a five-year sentence 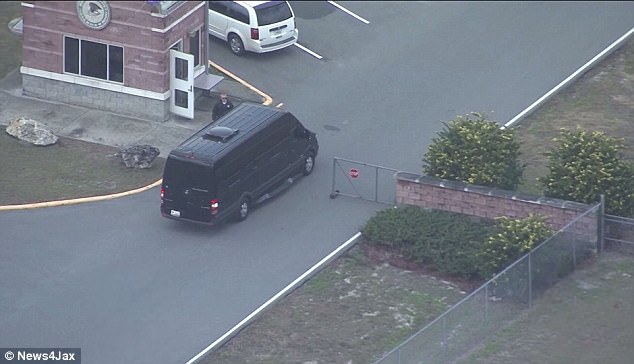 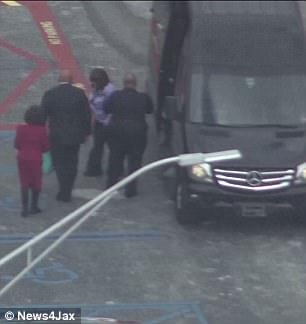 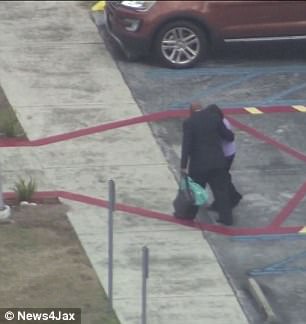 Brown exited the minibus in a lavender blouse and black slacks. Her spiritual advisor Kelvin Cobaris wrapped an arm around her and helped her walk slowly into intake

Prosecutors said she spent $14,000 of the children’s charity funds on tickets to a Beyonce concert.

Another $15,000 of the looted funds went to pay for a luxury suite at a Jacksonville Jaguars NFL game.

The Virginia-based One Door only gave out one scholarship for $1,200 to an unidentified person in Florida, according to court documents.

Brown was convicted in May on 18 out of 22 counts, ranging from mail fraud to filing a false federal tax return.

Brown served as a Democrat US Representative from Florida for 24 years, before her defeat in 2016.

In the days after the 2016 Pulse nightclub shooting in Orlando, Brown traveled alongside former President Barack Obama on Air Force One, accompanying him down the stairs to pay respects to the victims. 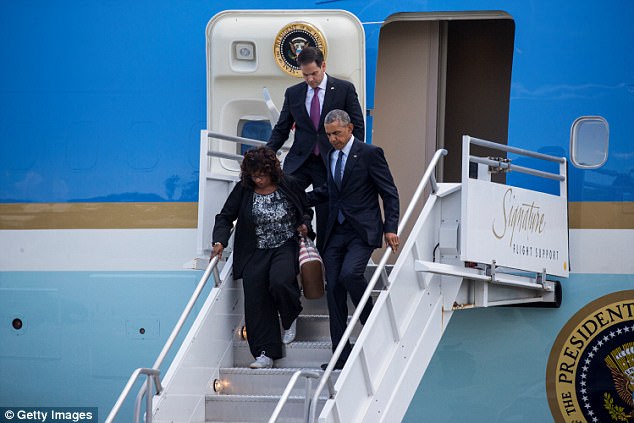 Then-President Barack Obama is seen arriving with Florida Senator Marco Rubio and ex-US Rep. Corrine Brown to pay his respects for the victims of the Pulse nightclub in 2016 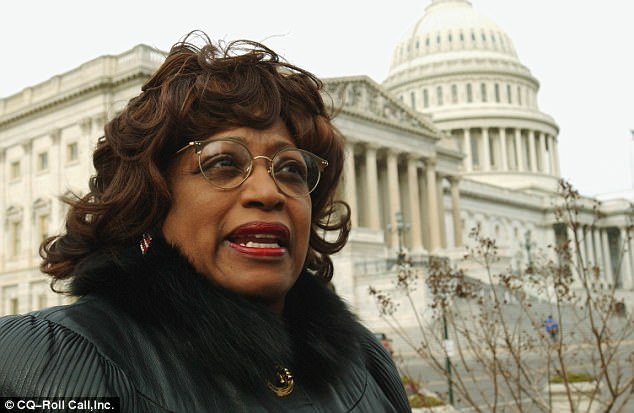 Months later, she cast her vote for Hillary Clinton as a superdelegate in the Democratic presidential primary.

Fallen from those heights of power, she now joins FCI Coleman’s 391 female inmates in a minimum security prison camp, where all inmates are required to work.

All inmates at the facility are issued prison jumpsuits and work boots, with their personal effects held by officials until their release.

Inmates in the prison live in 10-foot-square cubicles, shared by two or three inmates per cubicle.

Brown will continue to draw her federal pension of roughly $66,000 per year until her appeals are exhausted, which could take several years.