I vividly remember the time I had the dubious pleasure of buying some Deep Throat together with a Super Orgasm. Not my choices, but rather those of my teenage daughter, who was unsurprisingly reluctant to ask for them herself.

Both Deep Throat and Super Orgasm are shades of Nars blusher, on the radar of young girls like my daughter who are drawn to the beauty aisle as they experiment with ‘grown-up’ make-up. But products such as these present a distorted definition of what it means to be ‘grown up’.

The trend for X-rated cosmetics is nothing new — names such as Lust and Nude Juice have been titillating our shelves since the beginning of the Noughties. But it has gathered so much momentum in the past few years that if you’re searching today for a new eyeshadow you can forget about simple, descriptive words like Heather or Damson or Dusk. Instead choose between F Bomb, Bang, or Stray Dog.

Susie Dent believes brands that use X-rated labels on their products should be avoided. She questioned the increase in sexualised products aimed at young women (file image)

Delving further, I came across Get Some, Give Some, from one manufacturer, whose Perfect 3-Some eye palette is ‘indispensable’.

I naively hoped that this language went over the head of my 14-year-old daughter, but the (natural) blush on her young cheeks as we stumbled across Orgasm beauty products told me otherwise. I suggested that we ought to avoid such ranges, but you’d be hard pushed to find one that doesn’t play the same game.

There are even signs of a backlash, mostly from other concerned parents. Take British fathers Alex Theodorou and Kevinn Hirsch, who were so upset by the ‘inappropriately mature messaging’ on cosmetics for their young daughters that they’ve set up a fragrance brand with names such as Fab!, Yay and BFF (best friend forever).

‘The trigger for us was the inappropriate celebrity fragrances on offer for them, and how over-sexualised the messaging was,’ says Kevinn, whose background is in technology rather than teen beauty. As of last week, the brand’s products are available at Superdrug. ‘We just wanted to create a brand that says remember to have the confidence to always be yourself,’ adds Alex.

So if it embarrasses teens and angers parents, why do retailers use sex to sell their products? It’s an extension of an age-old theme: their marketing relies on making women think they’re buying more than just pretty tinted powder.

Charles Revson, creator of Revlon, was bang on the money many decades ago when he said: ‘In the factory we sell cosmetics, in the store we sell hope.’ According to today’s brands, what a young girl should hope for is the flushed after-glow of a Snog or the bronzed brilliance of Sin.

I’d love to meet the copywriters who come up with these labels, to find out whether they really are, as I suspect, just sniggering competitors in the race to shock. Or perhaps they believe that their lustful lexicon is empowering and liberating young women.

Of course, young girls need space to discuss their wants and needs honestly and to learn about sexual desire. And there’s certainly nothing wrong with wanting to make the best of yourself by applying a little make-up. 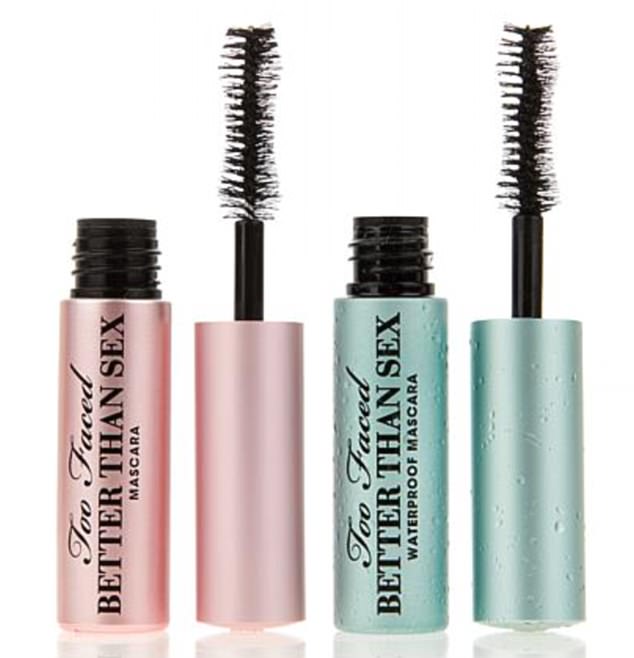 But the problem with these powder-pushers is that the lens they are looking through is insistently male and sex-focused. Far from allowing young girls to look good for themselves, it is men who are the imagined audience of this oversexed make-up. If in doubt, look no further than Glow Job (a face cream), Gash (a lipstick whose name is a vile slang reference), and Lube In A Tube (a lip balm).

For our daughters this insidious drip-feed of leering terms has become their norm. Prettification and pornification have become the same. A lipstick shouldn’t have to rely on the shock level of its name to sell.

Women have been seduced for centuries by promises of firming, uplifting, plumping perfection. But today’s make-up promises more than that: soft-faced beauty and hardcore titillation.

Make-up and morality have been interlinked since the Ancient Greeks, when cosmetics began to emerge. In Biblical times, the wicked Jezebel infamously ‘painted her face’; heavy make-up became the symbol for ‘whoreishness’.

Right up until the 20th century, no virtuous woman would be seen in public with anything but an unadulterated face, while an angelic, ‘pure’ whiteness was considered such a must-have that bleaching lotions were the beauty best-sellers of their day. 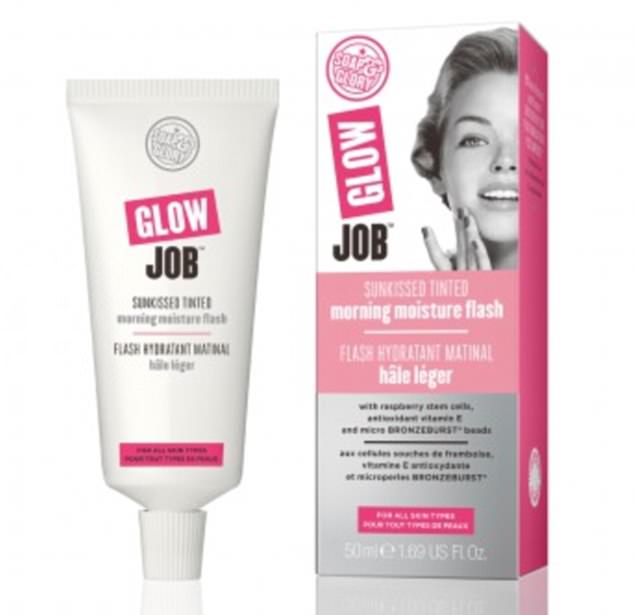 Heavy make-up was out of the question. But in the 1920s, as women sought to forget the bleakness of war and assert their independence, bold colour crept in. At first it was confined to lips — sumptuous reds as a daring contrast to pale skin.

The seductiveness of Hollywood’s It-girls such as Clara Bow meant dramatic shades followed, with the simple Bright, Medium and Dark lip shades of pioneers Avon giving way to a range of shades such as Vivid, Raspberry, and Cupid’s Bow.

These descriptive names eventually morphed into the cutesy Tickle, Razzle and Plummy of my own teenage years. Leap forward two decades and we have Vice, Perversion, and Snatch (another slang term).

Part of the problem is something called linguistic inflation. We use exaggerated terms to describe things around us.

That’s why we refer to government experts as ‘tsars’, hail every act of kindness as ‘heroic’ and every traffic accident is ‘tragic’. The words are devalued.

Writer Erica Jong observed years ago that ‘the juice and joy missing from the lives of women are being supplied by the contents of jars and bottles’.

And we seem content to pay out for the false promises made by modern cosmetics. Jong mused: ‘What price bliss? What price sexual ecstasy’? Well, you can probably pick up a pot of each for under £20.