A doctor who became the most followed cosmetic surgeon on social media has been banned from performing procedures after complaints were made by several patients.

Dr. Daniel Aronov, who worked at a Melbourne clinic run by Dr. Daniel Lanzer, racked up more than 13 million followers on TikTok and more than 500,000 followers on Instagram from sharing videos dancing and performing operations on patients.

However, the Australian Health Practitioner Agency has now banned him from continuing to practice surgical procedures following allegations from a number of patients.

These include a claim by one woman that Dr Aronov botched her facelift, and stopped in the middle of the surgery to record a TikTok of the procedure.

Dr. Daniel Aronov (pictured), who worked at a Melbourne clinic run by Dr. Daniel Lanzer, has been banned from performing all types of cosmetic surgery

The national health regulator has also requested for Dr. Daniel Aronov, who has an Only Fans account, to remove all of his social media posts featuring cosmetic or surgical procedures.

A spokesperson for AHPRA explained the conditions are only likely to be revoked if the Medical Board of Australia believe ‘the restrictions are no longer necessary, on appeal by an independent tribunal.’

Among the patients who’ve spoken out about the treatment they received from Dr. Daniel Aronov is a woman who had felt self-conscious about excess fat around her jaw and neck for years.

Jackie claimed that the doctor stopped her facelift to record a TikTok, and says she was left in pain and with a lump in her chin afterwards.

‘He’s in the middle of surgery and he is stopping, checking the video, then saying no I don’t want that, cut that out, do it again,’ she explained.

‘It’s etched in my mind because I was lying their shaking in shock and pain and just traumatized to what he had just done to me – and he was on the other side of the door doing a TikTok video,’ Jackie told A Current Affair.

‘I was black and blue. I was swollen. I looked like someone had beaten me up in a dark alley. I’m lying there as their patient behind the door, feeling like I’m going to die. And there he was entertaining the public.’ 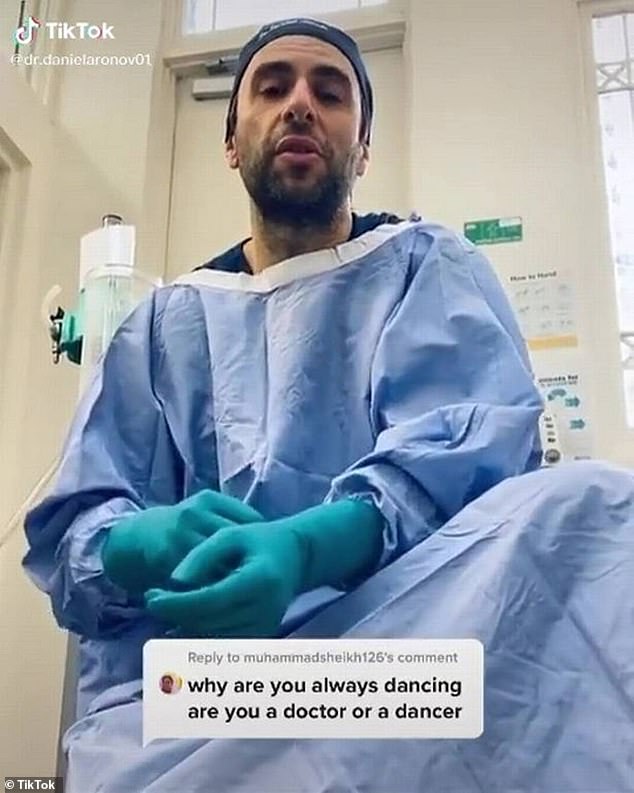 Dr. Daniel Aronov (pictured) had racked up over 13 million followers on TikTok from sharing a glimpse into his life at the clinic

Jackie claims the surgery left her with nerve damage and a droopy face, she continued saying: ‘If someone wants to be on social media and a celebrity that’s OK, but not if they’re hurting people to get there.

‘He uses his patients as fodder to market himself. It is a freak show, what he does.’

Another former patient alleges that he was left with a ‘deformed fatty lump’ after visiting Dr. Daniel Aronov for liposuction.

The patient said: ‘What he did was staple me together as if I was two pieces of paper ripped in half. If I knew then what I know now, I wouldn’t have let Dr. Aronov come near me.’ 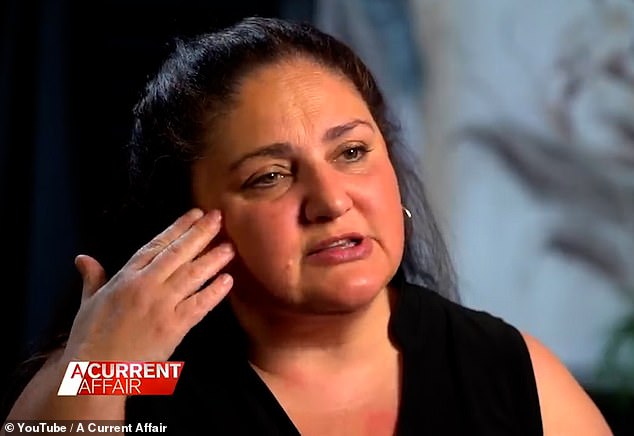 Former patient Jackie (pictured) claims she was left with nerve damage and a droopy face after a procedure performed by Dr. Daniel Aronov 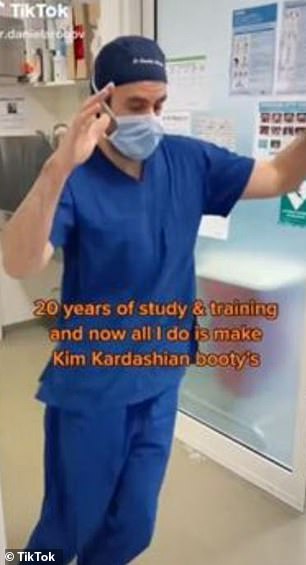 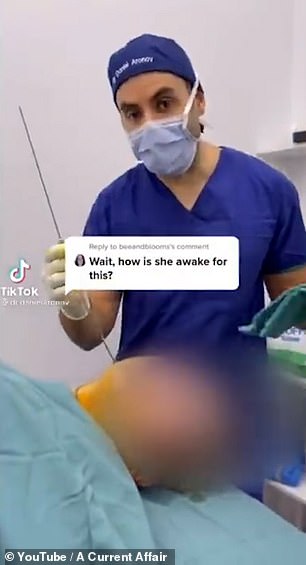 Dr. Daniel Aronov (pictured) has been accused by another patient of leaving them with a ‘deformed fatty lump’ after liposuction

Dr. Aronov’s lawyer responded to the claims made to A Current Affair, saying: ‘It would be inappropriate for me to comment on any matters that are currently the subject of any AHPRA inquiry.’

The controversial practice has been accused of breaching hygiene and safety regulations as well as leaving patients needing further medical treatment after botched procedures. 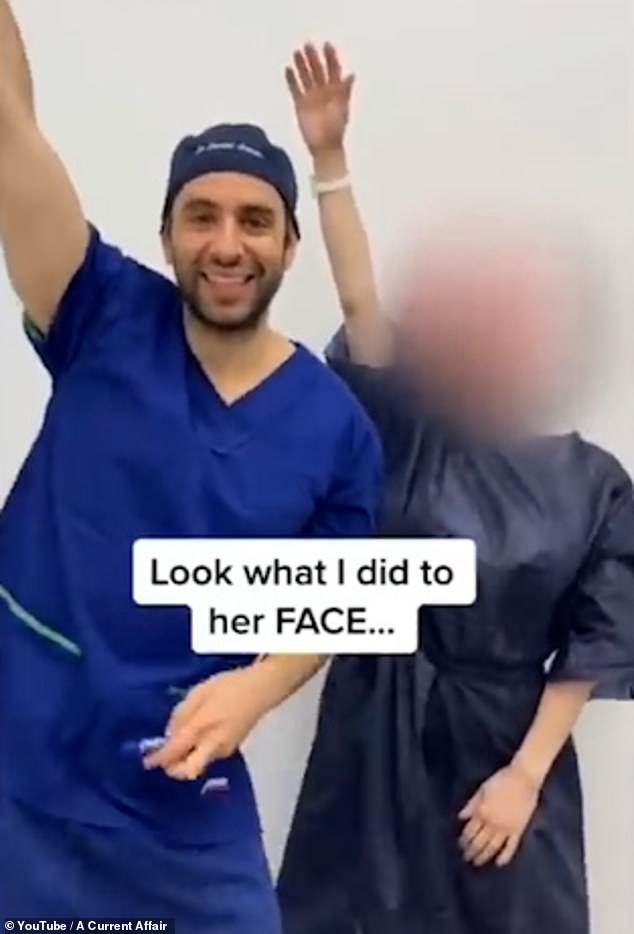