By Claire Ellicot Political Correspondent For The Daily Mail

The revelations threaten to plunge the project, which has already doubled in cost, into crisis.

The House of Commons Commission said yesterday it needs another £18.6million to repair the clock, bell and tower, taking the total to £79.7million.

The Elizabeth Tower, housing the Big Ben bell, is seen clad in scalffolding, over the Houses of Parliament, in central London in 2017

It blamed the discovery of extensive Second World War bomb damage, pollution and asbestos in the Elizabeth Tower that houses the clock for the price increase.

The body led by the Speaker Sir Lindsay Hoyle said that the tower was in worse condition than realised when the last estimate of £61.1million was made two years ago – more than double the original cost of £29million.

The full scale of the conservation, which is on track for completion in late 2021, was only revealed once the project team was able to begin intrusive surveys for the first time on the 177-year-old structure, the Commission said.

It also emerged that Big Ben’s timekeepers abandoned attempts to repair its clock because they lacked the expertise to repair its mechanism and a ‘specialist clock expert’ was needed.

This has now had to be sent off-site, adding almost £2million to the bill.

Other overruns include an extra £2million on scaffolding, £5million to clean up hazardous materials such as asbestos and £1million in changes to the original specifications by the House of Commons Commission itself. Contractor fees have also risen by £2million.

The commission stressed that work on the tower and its bell will still be completed by the end of next year. 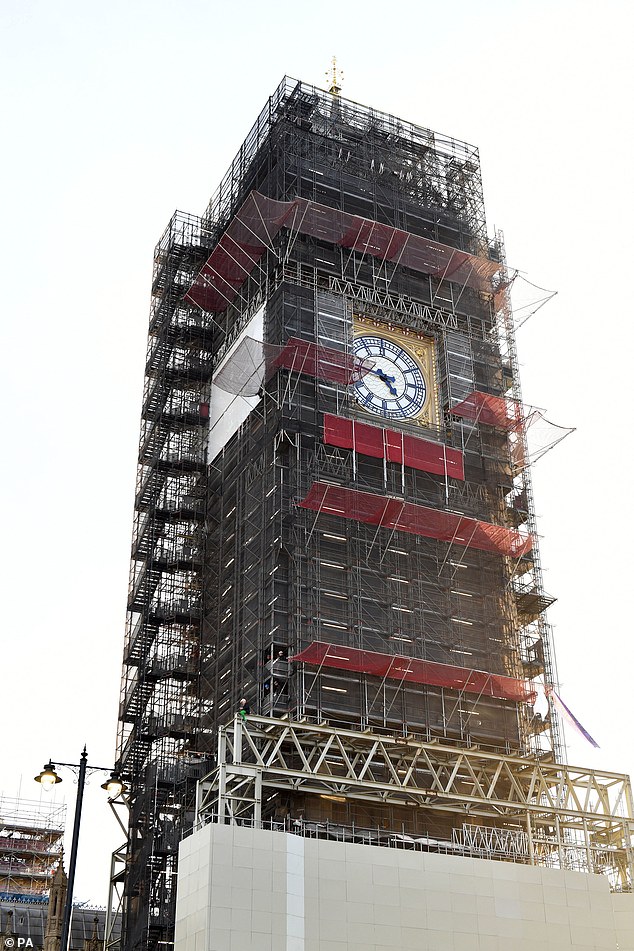 The overrun is likely to be seized by critics of the Commons’ ability to run complex projects.

MPs have already set up an Olympic-style delivery agency to carry out the full restoration and refurbishment programme for the rest of Parliament, which is currently estimated at £3billion.

The overrun occurred under the former Speaker John Bercow, who revealed in his recent memoir that Andrea Leadsom, as Leader of the Commons, had been a ‘lone voice’ on the commission in opposing the previous £61million bill. He also said that Mrs Leadsom was overruled when she argued that Big Ben should ‘bong’ on Brexit Day on January 31.

The Prime Minister was told last month it would cost £500,000 to restore the bell to mark the occasion – so he opted to bang a gong instead. The House of Commons and House of Lords Commissions were told that to restore the tower to its previous splendour, the budget would need to increase from £61.1million to £79.7million. 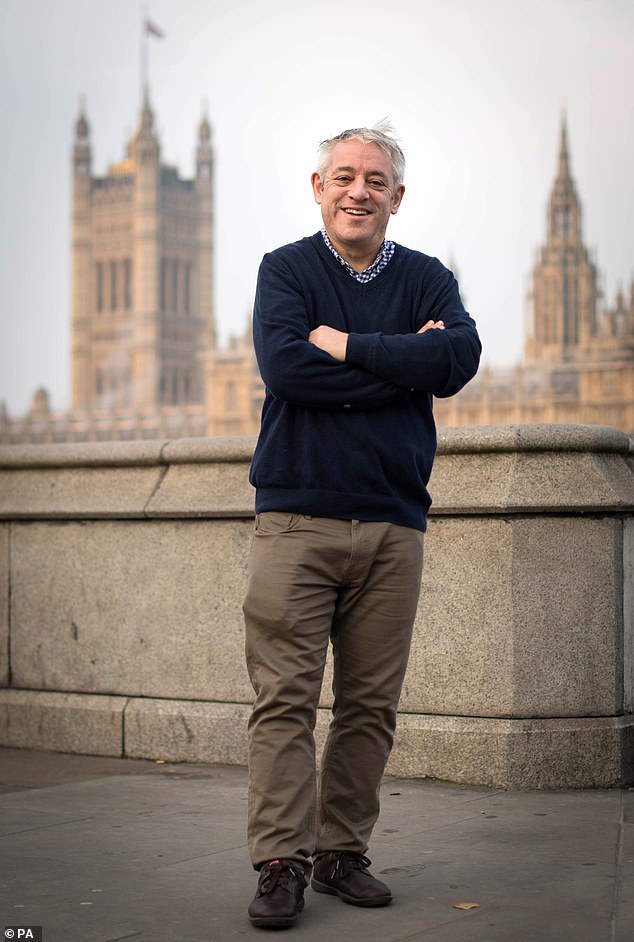 An October 2019 file photo showing then Speaker of the House of Commons, John Bercow on Westminster Bridge

A House of Commons Commission spokesman said that members were ‘extremely disappointed’ that more money was required – but they had been assured no more funds would be asked for in order to restore the tower.

‘It is very frustrating to learn that the Elizabeth Tower project requires yet more funding, having agreed an extra £32million in 2017,’ he added.

Director general of the House of Commons Ian Ailles said restoring the tower ‘had been more complex than we could have anticipated’.

‘With a 130 sq ft footprint and a prime location right in the middle of a busy working Parliament, understanding the full extent of the damage to the tower was impossible until the scaffolding was up,’ he said.

Both commissions heard that painstaking examination of the 315ft tower had uncovered damage to intricate carvings.

There is also toxic lead paint, broken glass and asbestos, as well as defects in previous work. The exploratory work began in 2017.