Who doesn’t love the vibrant blooms of the tulip season? Amid this floral beauty, however, lies a health risk.

This month, researchers backed by Britain’s Medical Research Council (MRC) published a paper showing that tulips and other popular bulb flowers, such as daffodils and crocuses, can form hotspots for incubating and spreading a drug-resistant fungus called aspergillus. Its spores can move from the soil into the air.

What’s more, these bulbs are growing outside major London teaching hospitals — where airborne fungal spores can infect the lungs of vulnerable people — as well as in gardens and parks around the UK.

Once inside a person’s lungs, the fungus can grow into tangled balls that often can’t be eliminated without major surgery. The fungal infection, aspergillosis, may also spread to the heart, kidneys and brain.

For most, this fungus won’t cause a problem, but people with compromised immune systems and those who already have a lung condition, such as TB, chronic obstructive pulmonary disease and asthma, are at risk.

Most infections are never spotted by doctors, but prove fatal, says David Denning, a professor of infectious diseases, who runs the UK National Aspergillosis Centre at Wythenshawe Hospital in Manchester.

According to estimates, it affects up to 4,250 patients a year in the UK.

As previously reported in Good Health, many fungal infections are becoming resistant to the strongest antifungal drugs. Professor Denning says that drug-resistant fungal infections infect around one in five of the patients at his centre.

Until now, arable farmers have been blamed. They use an antifungal agent called azoles to protect cereal crops from aspergillus. Spraying is thought to encourage resistant strains to evolve. But azoles are also the first-line treatment in humans.

Aspergillus that has learned to beat crop spray can also overcome our best antifungal azole medicines. However, this month, the farming theory has been ‘derailed’.

Matthew Fisher, a professor of fungal disease epidemiology at Imperial College London, who co-authored the new research, noticed that studies of farmers’ fields found hardly any drug-resistant strains of aspergillus.

So his team searched flower beds outside major hospitals, as well as parks, public gardens and woods across southern England, where azole antifungal sprays might have been used and antifungal-sprayed bulb plants are found. 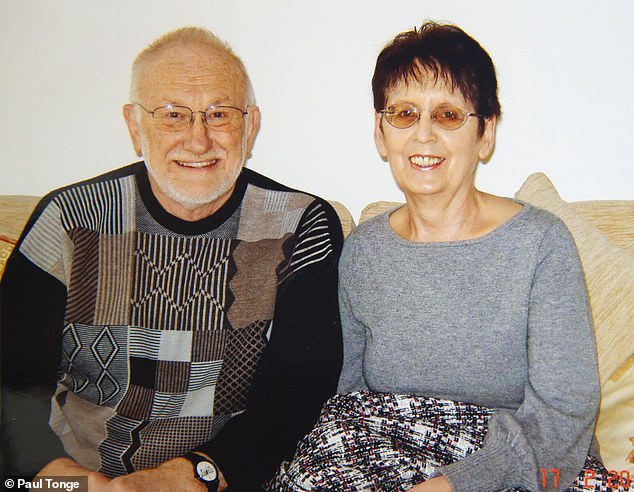 Loss: In 2007, soon after John and Ann employed landscapers, who used compost in their garden, Ann developed a painful cough, which later became fatal…

Such plants can carry drug-resistant fungi which spread into soil and air.

All the samples had strains of aspergillus — called aspergillus fumigatus — that had evolved to resist at least one of three commonly used azole drugs. Packed together, different strains appear to be swapping resistance genes.

The paper starkly warns: ‘The use of azole treated bulbs in the environment around hospitals should be reconsidered.’

Last year, Jacques Meis, a microbiologist at Radboud hospital in Nijmegen, in the Netherlands, told reporters he had studied soil samples from a tulip-filled flower bed at the hospital’s entrance, and found they contained the same resistant strains of aspergillus that were showing up in patients at the hospital who had aspergillus infections.

The vast majority of our bulbs come from the Netherlands.

‘Studies already show that Dutch bulbs are infested with azole-resistant aspergillus,’ says Professor Fisher. ‘They are covered with incredible amounts of fungicide.’ They commonly dip flower bulbs in azoles before they go into the ground and before they are packaged for market. ‘It’s not just the Dutch,’ he adds.

‘Colombian cut flowers are intensively dipped in the same sorts of fungicide.’ 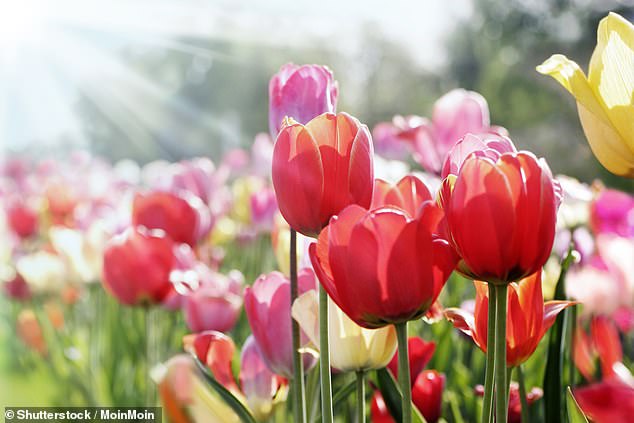 Data: Researchers backed by Britain’s Medical Research Council published a paper showing that tulips and other popular bulb flowers, such as daffodils and crocuses, can form hotspots for incubating and spreading a drug-resistant fungus called aspergillus

Azoles are also in most timber, he says, to stop it rotting. ‘The trend for raised, wooden-built beds may be an increasing risk to susceptible people. Furthermore, there is evidence of azole-resistant aspergillus being found in garden compost.’

Professor Fisher warns: ‘Immuno-compromised people need to be concerned about being around compost, as it can release clouds of spores that will overwhelm their lung defences.’

In 2007, soon after John and Ann employed landscapers, who used compost in their garden, Ann developed a painful cough. The retired secretary already had a lung condition called bronchiectasis, where the airway widens abnormally.

For two years, Ann was treated for worsening bronchiectasis. But, in 2009, it was discovered a ball of the aspergillus fungus was growing in one of her lungs.

Ann was given three different azole drugs, but her infection proved highly resistant. A newer drug, posaconazole, stopped the infection for two years. But, in 2012, Ann was diagnosed with an inoperable lung tumour. She died two weeks later at the age of 67.

Last year, investigators warned in the journal Frontiers In Oncology that aspergillosis lung infections can create ‘pseudo-tumours’ that mimic cancer. ‘I warn everyone now: don’t breathe in the dust and air from compost bags,’ says John.

A spokesperson for Whittington Health NHS Trust said of Professor Fisher’s study that they will ‘consider this interesting new research carefully to establish whether action needs to be taken’.

A spokesperson for the Royal Free London NHS Foundation Trust said they ‘will review’ the findings. Both stressed they had no cases of drug-resistant aspergillus infections. The Netherlands-based International Florist Association did not respond to a request for a comment.

Professor Fisher, says that horticulturalists and clinicians should use different drugs.

Of hospital flower beds, he says: ‘There are other attractive plants that aren’t bulbs — and which don’t harbour resistant fungi.’