Could Peyton Manning run for Senate?

Former NFL star Peyton Manning’s name was floated as a possible U.S. Senate candidate in Tennessee on Tuesday, following the announcement that Sen. Bob Corker will retire net year instead of seeking a third term in office.

Manning, 41, played college football at the University of Tennessee but lives in Indiana, where his pro football career began. He is now in retirement, and a pitch man for Nationwide insurance.

The buzz was started by Republican Rep. Scott DesJarlais, who told a Business Insider reporter that Manning could be a candidate.

DesJarlais quickly clarified, however, that Manning would be more likely to run in 2020 – if Tennessee’s other senator, Lamar Alexander, also chose to retire.

Two-time Super Bowl champion Peyton Manning’s name was floated on Tuesday as a potential U.S> Senate candidate in Tennessee, in either 2018 or 2020 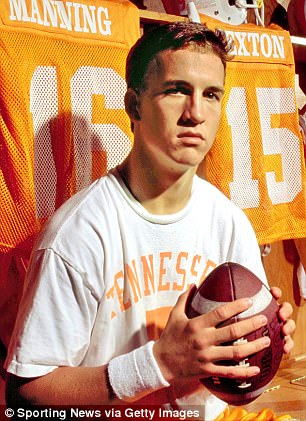 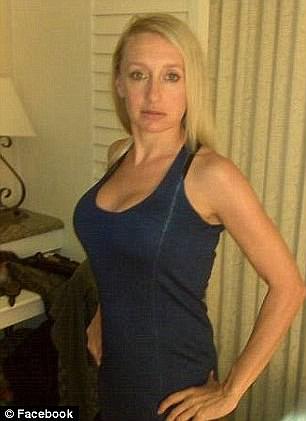 Manning could face a tough road from feminist groups if he runs: In a 2003 lawsuit made public last year, University of Tennessee football trainer Jamie Naughright (right) accused Manning, then 19 years old, of sexually assaulting her by rubbing his naked testicles and buttocks on her face

Manning ‘is a great guy and a popular guy,’ DesJarlais said, adding that he ‘may be looking more at’ a Senate campaign to replace Alexander.

He said Rep. Marsha Blackburn, a conservative member of the House, could be in the mix for 2018.

Manning could receive a cold reception in Tennessee from feminist groups.

A 2003 lawsuit claimed that he sexually harassed a female physical trainer who was examining his injured foot in 1996 – by pulling down his pants and sitting on her head.

Manning, then 19, was about to enter his junior year of college. 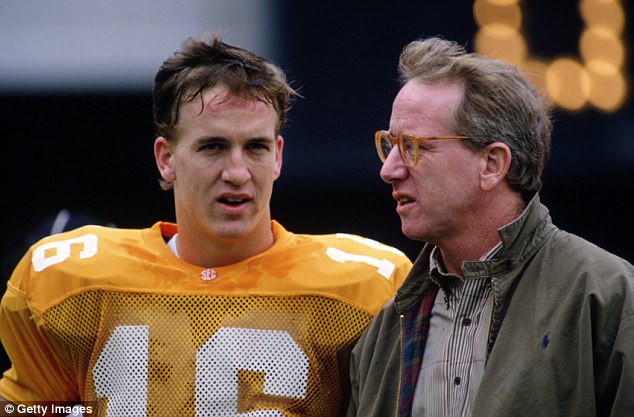 A 2000 book co-written by Manning and his father, Archie Manning (pictured together in 1995), accused Naughright of having a ‘vulgar mouth’ and insisted Peyton was ‘mooning’ someone else at the time

Jamie Ann Naughright made a sex harassment claim against him with the university at the time but never pressed charges.

She was reportedly paid a $300,000 settlement and agreed to leave her job.

Later, in a 2000 book Manning co-authored with his father Archie, he wrote that he had merely been ‘mooning’ someone.

Manning also wrote that Naughright had a ‘vulgar mouth’ and had called young student athletes ‘motherf***ers’ – and claimed having women in a men’s sports locker room was ‘one of the most misbegotten concessions to equal rights ever made.’ 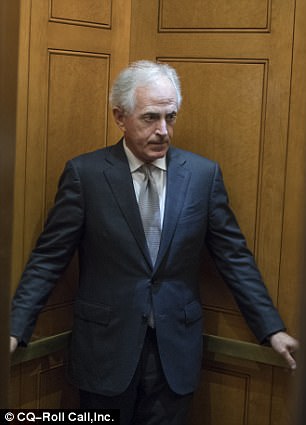 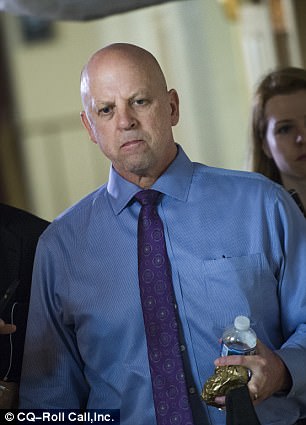 The Manning-for-Senate buzz started Tuesday after Tennessee Republican Sen. Bob Corker (left) announced that he will retire next year, and Rep. Scott DesJarlais suggested Peyton might run for his seat or for another in 2020

The entire episode was ‘crude, maybe, but harmless,’ he claimed.

Naughright sued for defamation in 2003. The case’s details weren’t known until last year, after Manning had retired from the NFL following his second Super Bowl victory.

According to the university’s report of the 1996 investigation, Naughright had rejected Manning’s advances when the future Hall of Famer dropped trou.

In a transcript of a deposition taken during the defamation case, she recalled: ‘It was the gluteus maximus, the rectum, the testicles and the area in between the testicles. And all that was on my face when I pushed him up.’

‘To get leverage, I took my head out to push him up and off.’ 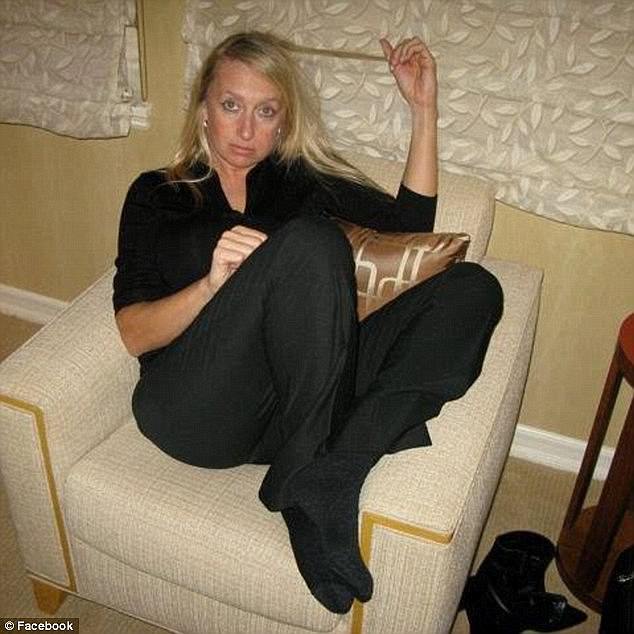 Naughright accused Manning of dropping his trousers and placing his genitals on her face, unearthed court documents revealed last year

The university reportedly disciplined Manning by taking away his privilege to eat at the athletic facilities dining room, and requiring him to run at 6:00 a.m. for two weeks.

Past scandals aside, Manning could be an attractive candidate in Republican Party circles.

He has contributed to GOP candidates in the past, including former Florida Gov. Jeb Bush when he ran against President Donald Trump in the presidential primary season.

He also made contributions to Mitt Romney’s ill-fated 2012 campaign. against Barack Obama.