Could Sandy postpone next week’s presidential election? Yes, in theory

Could Sandy postpone next week’s presidential election? Yes, in theory

One week before a close election, superstorm Sandy has confounded the presidential race, halted early voting in many areas and led some to ponder whether the election might even be postponed.

It could take days to restore electricity to more than 8 million homes and businesses that lost power when the storm pummeled the East Coast -leading experts to question whether the election can be put back from November 6th.

While the answer is of course yes in theory, the probability of the choice between Mitt Romney and President Barack Obama being postponed is unlikely despite the devastating effect superstorm Sandy had on 60 million people across the north-east, or one-sixth of the population.

U.S. President Barack Obama speaks about preparations for Hurricane Sandy during a briefing at the White House

But as the storm left its trail of destruction behind, even some of those intimately involved in the election seemed in the dark about what options are available to cope with the storm.

Asked Monday whether President Barack Obama had the power to reschedule the election, White House press secretary Jay Carney said he wasn’t sure.

However, constitutionally, the President doesn’t set the date for the election, Congress does.

Congress could act within the next week to change the date, but that would be tough because lawmakers are on recess and back home in their districts campaigning for re-election. 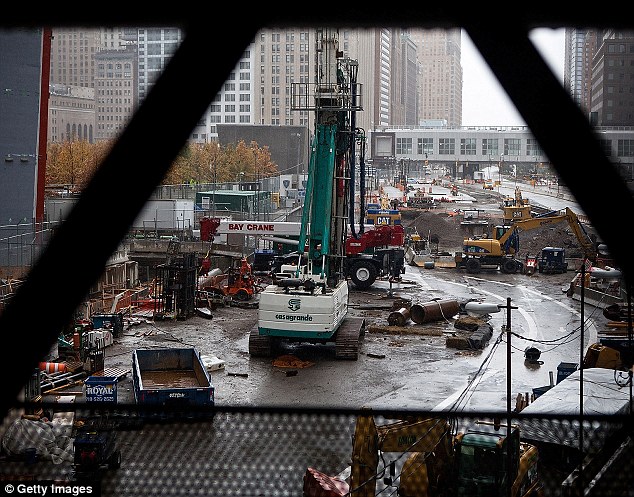 Ground Zero: New Yorkers begin the clean-up after the devastation of Sandy

Plus, it’s likely that would mean changing the date for the entire country, not just those affected by the storm.

What’s more, Congress only selects the date for federal elections, so changing the date would wreak havoc for state and local elections also scheduled for Nov. 6.

‘For those states that don’t already have an election emergency process in place, any departure from the established election process could easily give rise to court challenges about the legitimacy of the election,’ said Steven Huefner, professor at Ohio State’s Moritz College of Law to ABC News.

‘Even states with an emergency plan might find themselves facing litigation over specific ways in which they’ve implemented their emergency plan.’

Some have asked if it is likely for the election to go ahead but to allow New Jersey and New York to vote at a different time afterwards.

That is possible, but the legal issues get tricky. States, by and large, are in charge of their own elections. 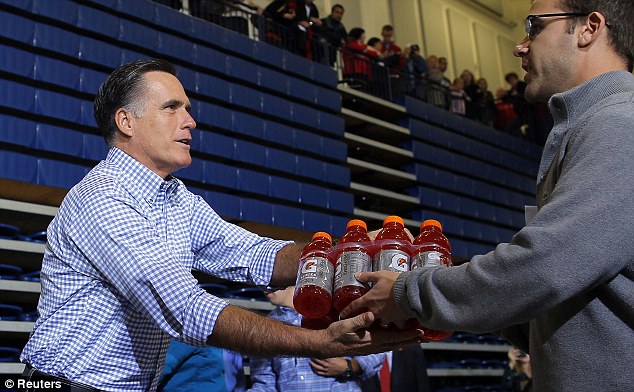 Each state has its own laws dealing with what to do if an emergency jeopardizes voting and who can make the call.

Federal law says that if a state fails to conduct an election for federal races on the day Congress chooses, the state legislature can pick a later date.

Despite no presidential election ever being postponed, some are pointing to past precedents where voting has been delayed.

New York City was holding its mayoral primary when terrorists struck on Sept. 11, 2001, and the city rescheduled the election.

However, what is most likley is a compromise for those affected by the havoc caused by the storm.

Voting hours could be extended at various locations and in places where electronic voting machines are in use, paper ballots could be used instead.

Some areas also might choose to move polling locations if existing ones are damaged, inaccessible or won’t have power on Election Day.

But even amending election day to accommodate the affected would create problems in themselves.

If poll hours are extended, under a 2002 law passed by Congress in response to the disputed 2000 presidential election, any voters who show up outside of regular hours must use provisional ballots, which are counted later and could be challenged. 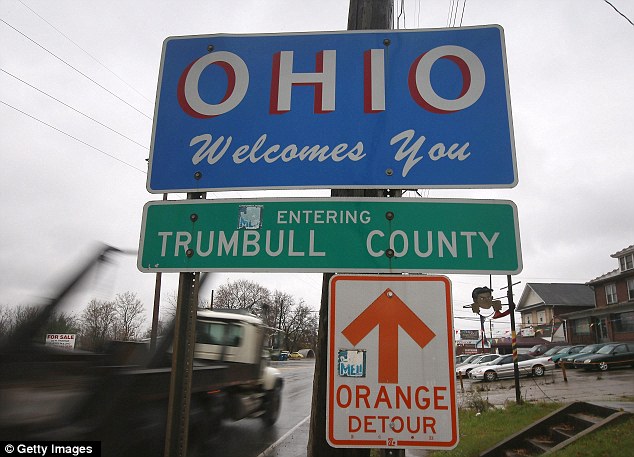 Sandy’s impact was felt in some of the most competitive states in the presidential race, including Virginia and Ohio.

The more provisional ballots that are cast, the greater the chances are that the winner won’t be known until days or even weeks after the election.

There’s another issue if poll hours are extended in some areas – such as counties with the worst storm damage – and not in others.

That could prompt lawsuits under the Constitution’s Equal Protection Clause, said Edward Foley, an election law expert at The Ohio State University.

Relocating polling places is also risky because it could drive down turnout, said Neil Malhotra, a political economist at Stanford University’s Graduate School of Business.

‘If you disrupt their routine and the polling place they’ve always been going to, even if you don’t move it very far, they vote less,’ he said.

The Federal Emergency Management Agency’s administrator, Craig Fugate, said Monday he anticipated the storm’s impact could linger into next week and affect the election.

He said FEMA would look at what support it could provide to states before the election.

‘This will be led by the states,’ he said.