Could sight restoring lens implants leave you with worse vision?

The glossy adverts promise ‘life-changing liberation’ and ‘freedom from glasses and contacts’. In just two quick and easy 20-minute procedures, lens replacement surgery can restore near-perfect vision to the severely short or long-sighted.

During the procedure – also known as refractive lens exchange (RLE) – the lens, which sits just behind the front part of the eye, is removed and replaced with a man-made one. It has been used successfully for decades to treat cataracts in the elderly.

But now these tiny implants, which cost about £3,000 per eye, are increasingly being offered by private clinics (they are not available on the NHS) to correct the vision of those who are short or long-sighted, and whose problems are too severe to be successfully helped by standard laser treatment. As the natural lens is removed, clinics promise the added bonus that a cataract will never form.

An estimated 100,000 Britons have now had a RLE procedure in an effort to get rid of their spectacles. And, undoubtedly, the vast majority – including the celebrity ambassadors of the various companies involved – are delighted with the results.

However, Mike Burdon, president of the Royal College of Ophthalmologists, says: ‘About one in a thousand people who undergo lens replacement surgery for any reason is left with permanent vision loss due to complications such as infection or bleeding into the eyeball.’

Research suggests one in 20 report some kind of problem, such as temporarily seeing halos around points of light, and one in 100 needs the lenses replaced due to complications. There are also those who say they wish they had never started a process which left them with permanent vision loss and seriously out of pocket.

Undergoing RLE is a serious decision. And there have also been worrying claims about the effectiveness of implanting artificial lenses to treat more serious eye conditions.

Harley Street eye surgeon Bobby Qureshi, of the London Eye Hospital, is facing allegations of dishonesty and misconduct after he allegedly told patients in their 70s and 80s that a type of implantable lens could help their age-related macular degeneration, a leading cause of blindness in the elderly.

In fact, there is limited evidence that implantable lenses do any such thing, and despite paying up to £25,000 for the operation, some patients complained they were no better off or even that their vision worsened. The General Medical Council is due to rule on Mr Qureshi’s case next month and could strike him off or suspend him. He denies the allegations.

Implantable lens surgery, including RLE, is a strikingly successful operation. But with a large number of clinics, and a wide range of procedures and types of implant of offer, how can you tell which one is right for you? And how can you ensure you are getting the best treatment?

Figures suggest that one in 500 patients who have RLE still ends up with vision worse than the driving standard – being able to read a car number plate from 20 metres – in one of their eyes.

For those with cataracts – a clouding of the lens due to a combination of genetics and ageing – the benefits definitely outweigh the risks. These patients are routinely offered the procedure on the NHS.

But it’s a closer call for those who want to correct short or long-sightedness. ‘People generally over the age of 50, who are dependent on glasses and are near or far-sighted, could reasonably consider RLE,’ says Bruce Allan, a consultant ophthalmic surgeon at Moorfields Eye Hospital in London. ‘Your prescription should also be higher than the normal range for laser surgery.’

Waking up with 20:20 vision is still a thrill for Susan Harrison, who now doesn’t need glasses or contacts lenses since having implants last month. ‘I can’t believe it when I first open my eyes in the morning. I keep thinking I must have left my contact lenses in by mistake,’ says the civil servant, who recently underwent RLE at Moorfields Eye Hospital. 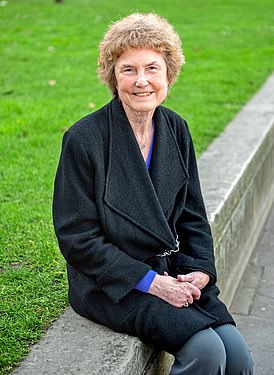 ‘I’ve been short-sighted all my life but I noticed in the last 18 months my vision was getting worse. My optician said I had the beginning of a cataract in my right eye, but not bad enough to get NHS surgery. So I paid to see an ophthalmic surgeon who said I was a good candidate for an implant.’

After discussing options with her surgeon, Susan chose £8,000 multifocal lenses. ‘I do read a lot, and I use a computer at work. I also want to be able to have good long-distance vision so that I can drive safely.’

She adds: ‘Minutes after the procedure, I could see perfectly. There was no pain and the world was crystal clear. It was amazing. I’ve just had a check-up and I’ve been told everything is fine.’

Typically, surgeons will not do laser surgery if someone has vision outside the ‘moderate’ range of minus 10 to plus 4 dioptres, the measurement of lens power. That means not being able to read a computer screen or even the largest letters on an eye chart from six metres.

The older you are, the more likely you are to start developing cataracts, so an artificial lens can prevent that happening.

In comparison, anyone over 18 who has a mild or moderate vision error (up to plus or minus 5 dioptres) can typically get laser surgery, which involves changing the curvature of the cornea in front of the eye to correct the focus.

Guidance states that all patients should be able to understand the risks and benefits, and be able to decide if surgery is right for them. As safe as it is, most people experience at least some side effects, albeit usually temporary, after some lens-implantation procedures. These may include seeing halos around points of light, and while these are normally resolved over time, about one person in 20 still experiences problems three to four months after surgery. Another replacement may be necessary.

‘Patients who are thinking about RLE should be assessed carefully and given the information they need to make the right decision for them,’ says Mr Allan. ‘An initial consultation will allow the surgeon to recommend the right procedure, based on what the patient wants to achieve. There should also be a week-long cooling-off period.’

Risk aside, it’s not cheap and private medical insurance doesn’t cover it because it’s not seen as a medical necessity.

WHICH LENS IS RIGHT?

The natural lens is a transparent flexible biconvex structure – the same shape as an Smartie sweet – which helps focus light on to the vision cells in back of the eye.

It sits behind the cornea, the clear dome on the front part of the eye, and is surrounded by muscles. When these muscles contract and relax, they change the shape of the lens, allowing the eye to focus on near or far objects. As we get older, the lens stiffens and doesn’t change shape as easily, hence difficulties in seeing near or far objects.

Intraocular lens implants, or IOLs, are made from acrylic plastics and they replace natural lenses. They come in a variety of types and the operations are sold under a variety of brand names including Alcon, Clarivu, Carl Zeiss and Fine Vision. But generally they all fall into the following categories:

All eye clinics are expected to comply with professional standards for surgery drawn up by the Royal College of Ophthalmologists. Mr Allan urges patients never to choose a clinic based on what they read in a magazine or leaflet: ‘Scrutinise impartial patients’ advice on lens-replacement surgery available on the College website, compiled by a panel of experts, then see if this matches clinics’ claims. If you find a claim that is over the top or different, this should ring alarm bells unless the clinic can show you published clinical results.’

Check when clinics were last inspected by the Care Quality Commission watchdog, and always choose one that offers all three main types of eye surgery – laser, RLE and phakic intraocular lens implantation. Under the latter, doctors leave the natural lens in place but put an extra one in front of it, behind the iris. This is usually used for younger patients who still have flexible clear lenses of their own.

Those clinics which only offer one or two procedures may attempt to make the patient ‘fit’ the wrong procedure simply because they don’t want to lose the business, warns Mr Allan. Make sure prices are fixed and transparent, and, crucially, whether they cover the cost of aftercare and any revisions that may need to be made.

Take a friend or partner to your appointment. There is a lot to take in and a second pair of ears helps to highlight areas of doubt or inconsistencies. Read the consent form and sign it only after you have made your decision to go ahead.

Some patients have complained that they were asked to sign the consent form before they had even met their surgeon. It should state that you have read and understood the procedure information, received satisfactory answers to your questions, and been given adequate time to consider it all before going ahead.

IF YOU’RE NOT HAPPY

Don’t be afraid to call the clinic and demand to see the surgeon again. For most types of surgery, any revisions should be free of charge within the first two years. After that, you may be asked to pay.

Every clinic should have a complaints handling procedure but if you do not feel this is getting anywhere, take your complaint to the CQC, which monitors standards, the GMC (which registers all doctors and surgeons in the UK) or the NHS Ombudsman.

Suzanne Cudden booked in for an RLE procedure six years ago and was excited at the prospect of giving up the glasses she’d worn almost all of her life. But despite spending £6,000, her vision is far from perfect: ‘I feel like I’m looking through really dirty old plastic,’ she admits.

Suzanne who was short-sighted in one eye and long-sighted in the other, wanted the operation because she kept losing her spectacles.

The 59-year-old, from Banbury, Oxfordshire, says problems such as halos and glaring started immediately after surgery. For the past year she has suffered constant headaches and worsening cloudy vision. ‘The clinic said laser surgery wasn’t appropriate because my vision was too poor and I was over 50. They said RLE would be a better option. 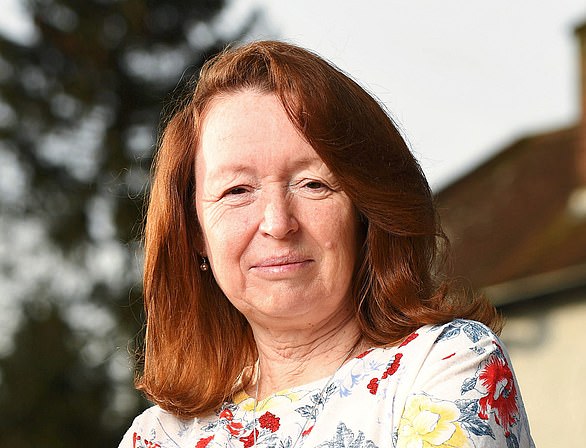 ‘It was much more expensive but they told me I could have a discount if I signed up immediately.’

Suzanne says she ‘signed mountains of paperwork’ but wasn’t told what lens she was having. ‘It was all upside: no glasses, no cataracts, and lifetime care. Instead, I’ve been left in a worse state than before.’