Could this be the end of Wimbledon whites? Athletes and social media users call for change

Tennis players are revealing their frustrations with the strict Wimbledon dress code – as social media players called it ‘sexist’ and ‘old-fashioned’ that women might have to wear white while menstruating.

Reasons for wearing white clothes ranged from the colour being associated with wealth and the more functional reason that it covered sweat stains better than coloured fabric.

However in recent days, a number of players have spoken out about the strict dress code, with British player Heather Watson telling The Times: ‘I have come off court and I’ve looked and gone: ‘Oh my God. I hope you can’t see that in any pictures.’

Meanwhile social media users are also campaigning for a change to the dress code, with one tweeting: ‘I love Wimbledon. But as a former athlete who prayed ahead of every major swim meet that I wouldn’t have my period that day, I’ve always wondered how female tennis players felt about being forced to wear white (with limited bathroom breaks).

Tennis players are revealing their frustrations with the strict Wimbledon dress code – as social media players called it ‘sexist’ and ‘old-fashioned’ that women might have to wear white while menstruating (Pictured, Emma Raducanu)

Meanwhile another wrote: ‘Wimbledon dress code tradition is actually wild when you think about it. Making the girlies rock white? What must happen when they’re on their period?

Rennae Stubbs told The Telegraph that the conversation had come up in the locker room on multiple occasions, saying: ‘At Wimbledon, you’re very cognizant of making sure that everything’s ‘good to go’ the moment you walk on the court – making sure that you have a tampon. 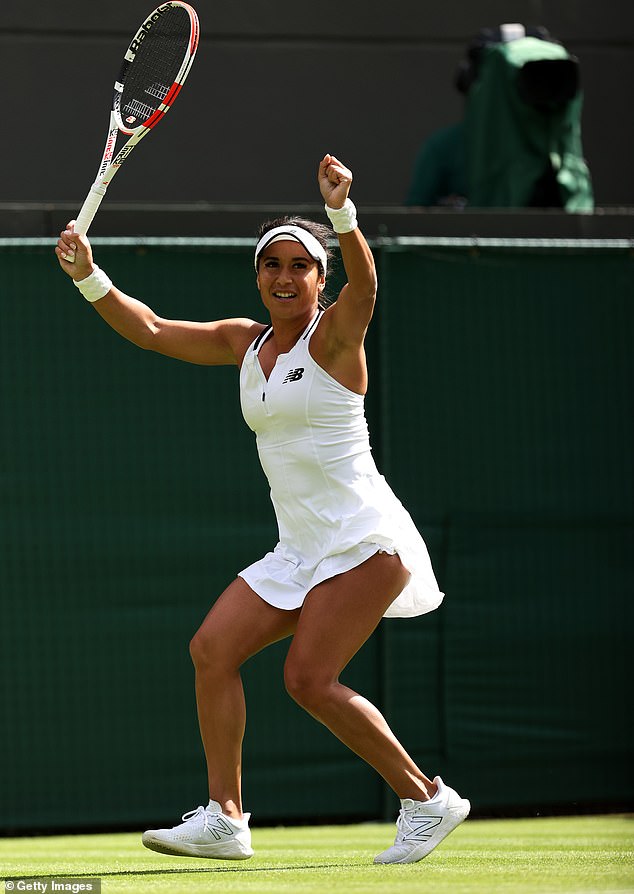 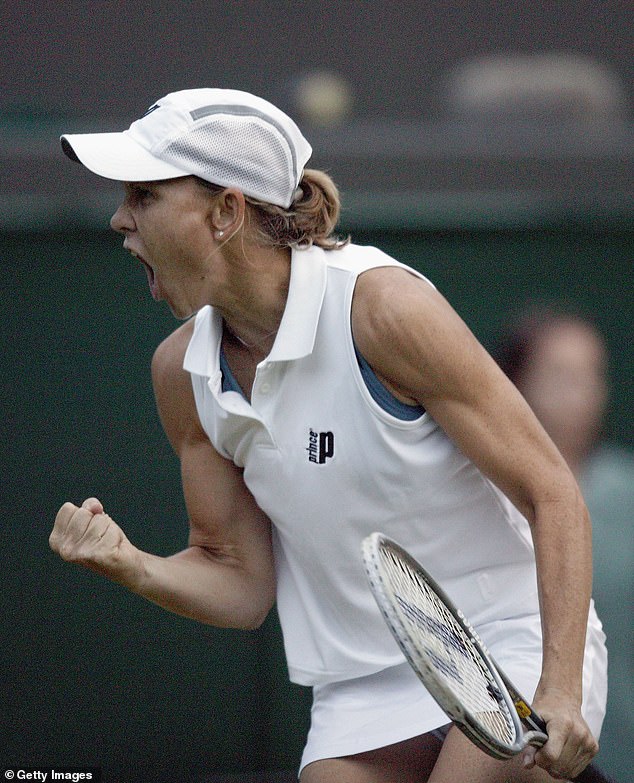 ‘A lot of women have pads on top of that, or making sure that you have an extra-large tampon before you go on the court

The first clause of the ten-part decree issued by Wimbledon states: ‘Competitors must be dressed in suitable tennis attire that is almost entirely white and this applies from the point at which the player enters the court surround.’

The second clause specifies that white does not mean off-white or cream colours, while the third limits splashes of colour to a single trim around the neckline or the sleeve cuff, and to just 1cm in width.

The back of players’ tops, which includes shirts, dress, tracksuit tops and sweaters, must be totally white. The same goes for bottoms, but a single trim of colour is allowed down the outside seam, permitted it’s not wider than 1cm.

Accessories such as wristbands caps, headbands and bandanas must also be totally white except the single trim of colour.

Even underwear is not allowed to be anything but white if it’s possible they could be seen during play.

As the sport became more popular and more active, the obscuring of sweat by wearing white became a priority.

However, while wearing whites was always the convention, the code became stricter in response to Ted Tinling’s women’s tennis dresses.

Tinling, a tennis player turned fashion designer, made waves when he designed a dress for Gertrude Moran in 1949 that revealed her silk underwear beneath the short skirt.

He also added trims of colour to the dresses of Joy Gannon and Betty Hilton, which ultimately led to the Wimbledon committee to order competitors to ‘wear all-white clothing’.

Tinling and Wimbledon tussled again in 1962, when he outfitted Brazilian player Maria Bueno with a dress that featured shocking pink lining.

The following year, Wimbledon ordered all players to wear clothing that was ‘predominantly white throughout’.

Social media users branded the dress code ‘sexist’ and called it ‘ridiculous’ women were required to wear white while playing, regardless of whether they were menstruating

In the 1970s, when the US Open became the first international tournament to allow coloured clothes, Wimbledon dress codes relaxed enough to see champions such as Martina Navratilova and Chris Evert add splashes of colour to their kits.

But over the next few decades, the dress codes have reverted to its original strictness, with the All England Lawn Tennis Club saying in 2017: ‘To us, the all-white rule isn’t about fashion, it’s about letting the players and the tennis stand out.

‘Everyone who steps on a Wimbledon court, from a reigning champion through to qualifier does so wearing white.

‘That’s a great leveller. If a player wants to get noticed, they must do so through their play. That’s a tradition we’re proud of.’