Could you hire an apprentice for your small business? We explain how it works and what to consider

In the current economic climate, hiring more people might seem like a bad idea for many small businesses.

It has been well documented just how difficult the trading environment is as costs rise, inflation hits a 40-year high and consumer confidence takes a hit.

As a result, small firms are doing everything they can to keep the doors open and prevent their outgoings from spiralling ever higher.

But one way they could still grow their workforce is by hiring an apprentice, which comes with smaller costs – as well as some help from the Government.

We explain how to work out whether an apprentice is right for your business, what it costs and how to go about it.

How to hire an apprentice

An apprenticeship gives people aged 16 and over the opportunity to work alongside studying to gain skills for a particular job.

They are a good alternative to sixth-form or university for students looking for practical skills, and can help small businesses expand at a lower cost.

Apprentices must be paid the minimum wage and have to work with experienced staff, learn specific skills and get time for training or study during the working week.

You will also have to pay any benefits that other employees with a similar role are getting, including paid holiday and sick pay.

This might seem like a huge expense, but one of the benefits of the apprenticeship scheme is that businesses can receive funding to pay for the training and assessment, as well as incentive payments to cover other costs.

Can a sole trader hire an apprentice?

A sole trader can hire an apprentice but be aware that it is not a source of cheap labour.

Considerable time and money need to be invested in training them.

Sole traders are eligible for the same level of funding for apprenticeships as businesses with fewer than 50 employees.

But sole traders will first need to register as an employer with the HMRC to receive an Accounts Office reference number that will allow them to pay apprentices through the PAYE system.

How much funding will the Government provide?

The funding you receive depends on whether you pay the apprenticeship levy or not.

The apprenticeship levy is a tax equal to 0.5 per cent of an employer’s annual pay bill.

Firms that don’t have to pay the levy are expected to pay five per cent towards the cost of training and assessing their apprentice, and the Government pays the rest.

This also applies to 19 to 25 year olds who have a local authority education, health and care plan, or used to be in care.

Who can I hire?

There are a few things you will need to check. Your apprentice must be aged 16 or over, and they can’t be in full-time education. Other than that, who you choose to hire is at your discretion.

Apprenticeships have to last for at least a year, and can last up to five years depending on the level the apprentice is studying at.

You will need to find a training provider, which the gov.uk website can help you with, and once that’s done you need to make an agreement with your apprentice.

This is essentially an employment contract, containing details of how long the apprentice will work with you, the training they’ll receive and the qualifications they are working towards.

Which sectors can benefit most from apprentices?

The construction and trade sectors are heavy users of apprenticeships, because they are the only route to becoming qualified in those industries.

But there is still room for more apprentices to be hired as bricklayers, plumbers and electricians for example.

‘The reality is that more than 60 per cent of the work in the construction and trades industry is carried by micro trades businesses with less than nine employees,’ says Michelle Price, director of the HomeServe Foundation.

‘These firms find it more difficult than most to balance paperwork and supervision with just getting to the end of a very long to-do list.

‘Taking on an apprentice is undoubtedly worth the effort because it means small firms can plug specific skills gaps to bring in more work and become productive.’

But apprentices aren’t just for construction and the trades, and more and more small businesses have hired them to plug talent gaps – especially since the pandemic led to added pressure on costs. 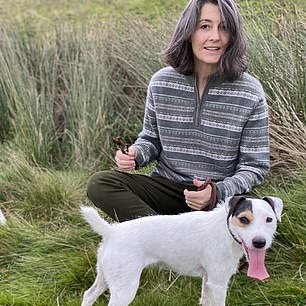 ‘Apprentices are the sweet spot’

Alison Orr launched Nearly New Cashmere, which restores and recycles discarded cashmere, in 2015. She established the brand from her home in the Yorkshire Dales but struggled to find the right talent being so rural.

Last September she hired a digital marketing apprentice, followed by a content creation apprentice this April, as part of the UK’s official apprenticeship scheme.

‘We couldn’t get the skills in the local community when advertising for jobs without paying for remote working. It didn’t feel like a good fit or solve the problem,’ she says.

The Government’s apprenticeship scheme was therefore a perfect fit.

Although she opted for apprentices over more experienced workers, Orr says she still decided to pay them more than the minimum wage in order to attract the best candidates.

‘The idea you can get someone good and of value for the minimum wage isn’t going to happen. Any young person who has got promise will be snapped up and paid a more reasonable amount per hour. It also doesn’t fit with my ethics to pay pennies, even if they’re only 18.

‘I thought there’d be a sweet spot of an apprenticeship with a decent salary,’ she continues. ‘Both of our apprenticeships are graduates, having done general degrees but not trained in a specific skill.’

And she hopes that her apprentices will stick around for the long term. 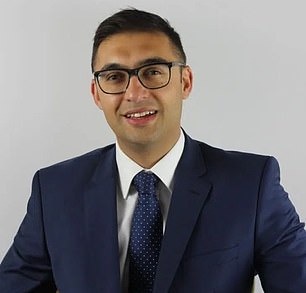 ‘You can mould apprentices’

The career progression and loyalty point is an important one. For Rob Peters, who started his mortgage consultancy 18 months ago, his apprentice has proved invaluable.

Like many people, Peters used the pandemic to reconsider his priorities. The launch of Simple Fast Mortgage coincided with the Government’s launch of the Kickstart scheme, essentially an apprenticeship scheme for those on Universal Credit.

‘We thought we could bring in some staff at minimal cost, but also give the opportunity to somebody that might have the right attributes but not necessarily the right qualifications,’ says Peters.

‘One of the things you’ve got to be prepared to do is sacrifice time given training is involved. You might win on cost, but you’ll have to sacrifice time.

‘Ideally you want someone that’s going to be with you long-term. You don’t want to go through that training, only for them to leave after a year. I would hire apprentices again but need to make sure we get it right.

‘Cash flow is restricted for small businesses in the early years so if there’s going to be a cost, commitment and an exit penalty from the training provider we need to make sure we have the right person.’

Peters praises the Government’s incentives, although it has now taken away some of the one-off grants which makes it less enticing for small businesses.

He also highlights the contribution apprentices can bring to small businesses.

‘In terms of what they bring it’s a win. If you come from a different firm, you bring good and bad habits which might not fit in with how you see your customer services delivered. If you bring someone in that’s new, you can mould them.’