Could your child’s Christmas cash make them a millionaire?

If your child received cash for Christmas, consider squirrelling it away, ready to buy Premium Bonds in the New Year.

Those willing to wait a few weeks will be able to invest as little as £25 in the bonds, compared to the current minimum requirement of £100.

Premium Bonds allow you to enjoy a flutter each month without losing your stake. The Government-run National Savings & Investments, which sells the bonds, pays out monthly tax-free prizes worth between £25 and £1 million.

At the start of each month, winning numbers are generated by a machine known as ERNIE (Electronic Random Number Indicator Equipment), which was invented by one of the team of World War II code breakers at Bletchley Park.

Every £1 bond number has a one in 24,500 chance of winning a monthly prize. But, for the £1 million jackpot, the odds are much longer, at around one in 39 billion. 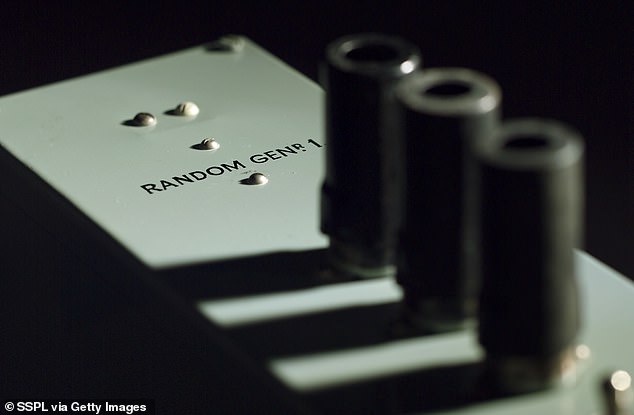 This effectively priced out grandparents who wanted to treat all their grandchildren to the same stake at Christmas as well as many parents. However, next year, the minimum investment will be reduced to just £25.

NS&I will not say exactly when this will happen, only that it will be before the end of March.

Currently, only parents, grandparents and legal guardians can purchase the bonds for under-16s.

Ian Ackerley, chief executive of National Savings & Investments, says: ‘We are extending the opportunity for more people to save and trying to encourage a savings habit, especially among younger people.’

Despite the current minimum stake of £100, Premium Bonds have remained the favourite NS&I product by far, with some £78 billion invested by more than 21 million customers.

Over a 12-month period, NS&I currently pays out 1.4 pc of the value of the money in the bonds — or just over £1 billion — though this percentage and the odds of winning can change. If you buy Premium Bonds online, over the phone or through the post for your grandchildren, you need to name a parent or legal guardian to look after them.

The child will then receive the prize money — even if you bought them.

The bonds must be held for a full calendar month before they go into the draw. So bonds bought in January will go in from March.

All money in the bonds is 100 pc guaranteed by HM Treasury.