A bodybuilder who once competed against Australian swimming legend Grant Hackett and is now accused of being the kingpin of a ‘cocaine school’ says he was on a ‘mid-career’ break at the time.

Rhys Alwyn Ferszt, 33, is a full-time roads and drainage officer with Gold Coast council but was accused of being the leader of a cocaine manufacturing syndicate with ties to a Colombian drug cartel.

It is alleged he orchestrated the construction of a $250,000 cocaine laboratory in the regional Queensland town of Durong, where police recently discovered 100kg of pure extracted cocaine.

He is also accused of storing fuels and chemicals used in the cocaine extraction process, while teaching others how to extract the drug.

On Friday, he applied for bail in Queensland’s Supreme Court in Brisbane with his defence claiming he was on a break from work at the time of the offence. 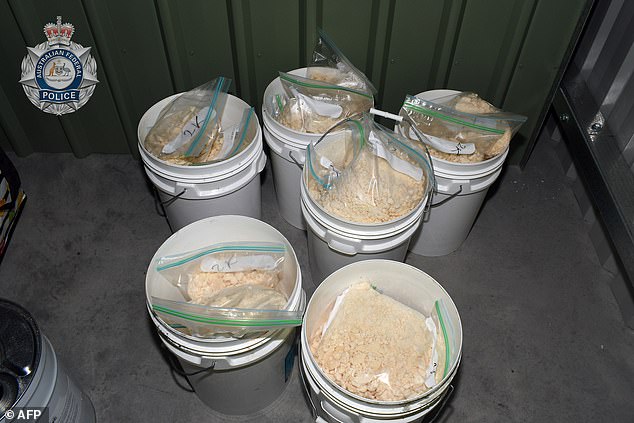 He is also accused of storing fuels and chemicals used in the cocaine extraction process, while teaching others how to extract the drug

Defence counsel Michael Gatenby told the court that part of the prosecution material aimed at showing whether Ferszt had access to ‘substantial’ amounts of illegitimate money was wrong.

According to the Courier Mail, he said his client had access to a legitimate source of income and was just on a break from his council job, which he would return to if given bail.

Justice Declan Kelly found the claim was substantiated through a letter sent to the court from the council which confirmed Ferszt was on paid leave at the time of the offence.

The prosecution argued he was a flight risk and at risk of reoffending or interfering with case witnesses.

However, Mr Gatenby counter-argued that bail was appropriate and that his client was not a flight risk, would report to police Monday to Friday, surrender his passport and offer $200,000 surety.

‘There’s just nothing that suggests that there is an acceptable risk of committing further offences,’ Mr Gatenby told the court.

‘He demonstrates a pattern of remaining in the community … he’s been a person who’s able to get up in the morning, go to the gym, do those (sporting) things and in my submission who can comply with the rigours of reporting to police.

‘He’s offering a surety, he’s handing in his passport, he’s living in a community where he’s got full time employment and he’s in a stable relationship. And he’s offering to submit to fairly significant reporting obligations.’ 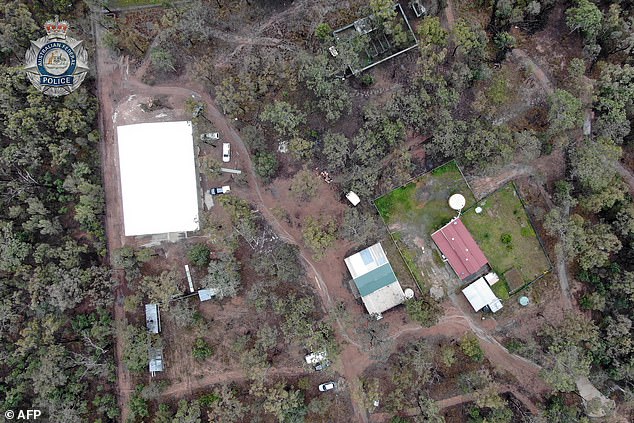 It is alleged Ferszt orchestrated the construction of a $250,000 cocaine laboratory in the regional Queensland town of Durong, where police recently discovered 100kg of pure extracted cocaine 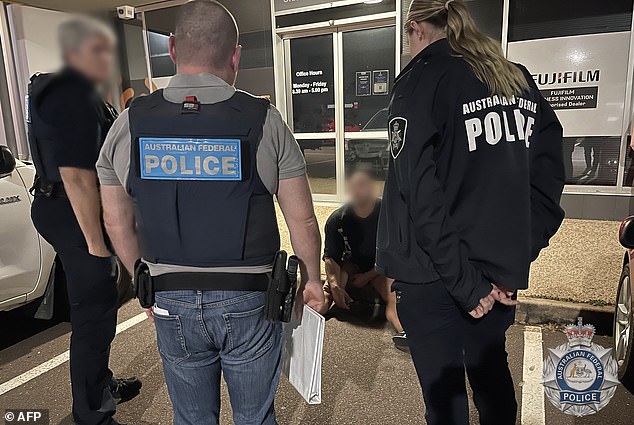 Police say a message to Ferszt about a cocaine shipment led to the arrest. Nine people were arrested across three states for their alleged role in a drug ring

Justice Kelly decided to grant the bail application, saying he was satisfied with its conditions.

‘I’ve reached the view that I am satisfied with the conditions proposed by the applicant can adequately address the risk with regard to any graduate bail,’ Justice Kelly said.

‘The circumstances are not satisfied that there is an unacceptable risk posed by the release of the applicant on bail on the conditions which he has proposed.

‘I will therefore make an order in terms of the draft.’

Ferszt will now be subject to strict bail conditions, including the banning of encrypted apps on his phone. He must also provide bail officers passwords and full access to his phone at any given time upon request.

He was originally arrested in the Northern Territory alongside nine others on July 21, including his girlfriend and housemate.

He faces one count of conspiracy to manufacture a commercial quantity of controlled drugs between May 25 and July 21, 2022. 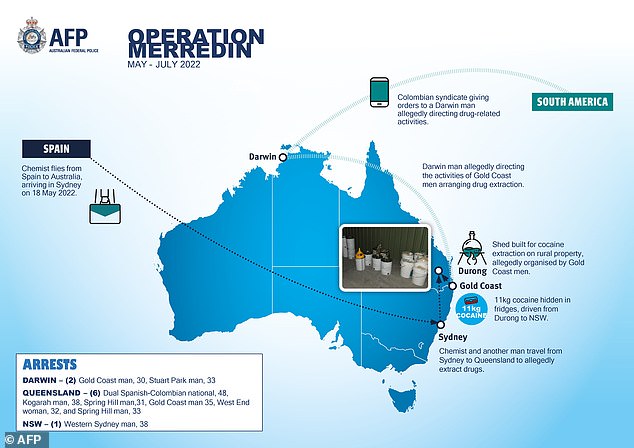 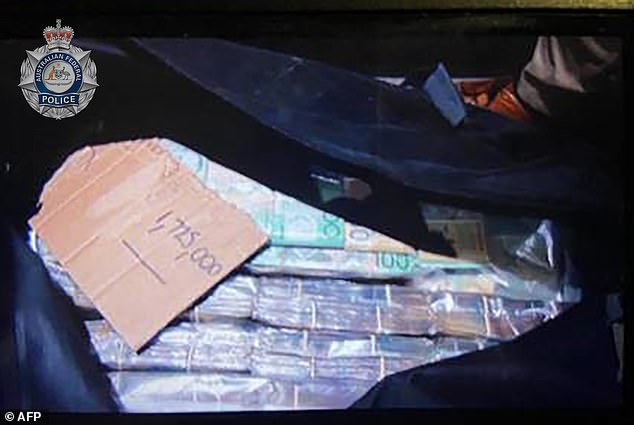 If found guilty, he could face an 18-year jail sentence.

Police allege Ferszt was told about a shipment of cocaine smuggled into NSW which ultimately led to the mass arrests of his group.

Ferszt and two other men packed 11 bricks of cocaine into a barbecue before taking it to Brisbane to be repacked into two fridges, it is claimed.

One of the men then took the fridges but was intercepted by NSW police.

Ferszt’s NT residence was later searched, with police allegedly uncovering steroids, rifles,$60,000 cash, a paper shredder and a notepad with titles such as ‘Aus, Key, Overflow, and Stash Bag’.

He was then arrested and extradited from the Northern Territory to Queensland, where he has since been remanded in custody.

Ferszt grew up on the Gold Coast and at one point trained under Denis Cotterell, who also trained Olympic champions Grant Hackett and Giaan Rooney.

He competed alongside Hackett and also swam against Ky Hurst in the 2011 Australian 10km open water championships at the London Olympic trials, finishing 10th.

He also worked as a lifeguard with the Gold Coast City Council lifeguard service.