Gold Coast City Council has backflipped on the decision to ban outdoor activities such as fire twirling, slacklining and the playing of bongo drums in a Burleigh Heads park over concerns of anti-social behaviour.

Mayor Tom Tate advised the community via Facebook that Councillor Pauline Young is now sorting out the issue.

‘The sign is being replaced with one that says that says the activity just needs a permit – which is really about the players and especially the fire twirlers having insurance in case someone gets hurt, especially children,’ he wrote.

‘I think this means the bongos will be right to keep going.’ 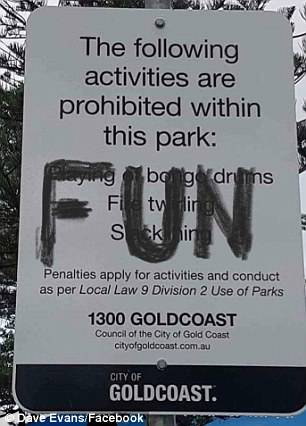 The Gold Coast council backflipped on a ban which prohibited fire twirling, bongo drums and slacklining at a popular Burleigh Heads park

The signs which were installed on Tuesday, are directed at a series of drumming circles and cultural events which fed-up locals claim went hand-in-hand with alcohol and other substances.

According to the council, the events had been flagged as a problem by residents who live near the area.

Complaints of excessive noise, a lack of respect for the area and graffiti were detailed as an issue according to the Gold Coast Bulletin.

In less than 24 hours when the sign was erected it had already been vandalised with the words ‘fun’ over the new park rules.

‘It appears the sign has been appropriately updated overnight,’ one person said posting a photo of the vandalised sign. 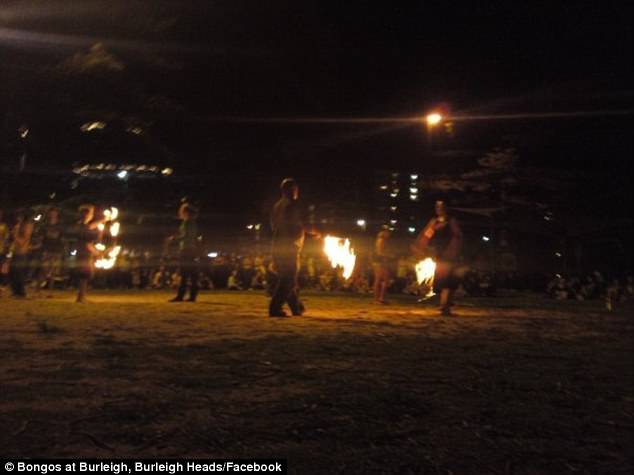 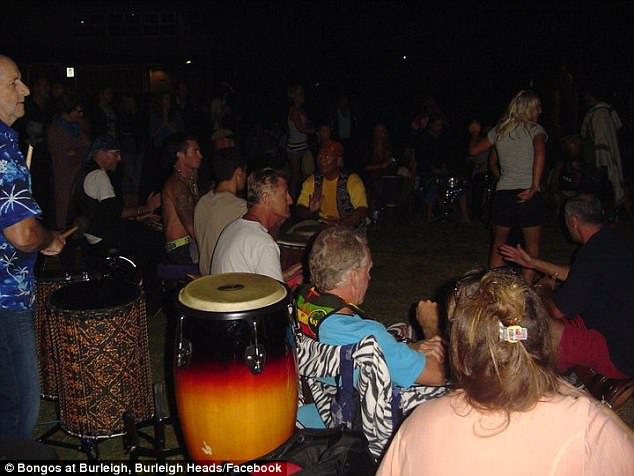 ‘For the last month, we’ve been working alongside a stakeholder group, to come up with a better direction, and bring groups who use the park for recreational activities into line, under the same permit,’ she told the paper.

She said: ‘The actions of a rogue few, are reflecting back on, what used to be a very popular event.’ 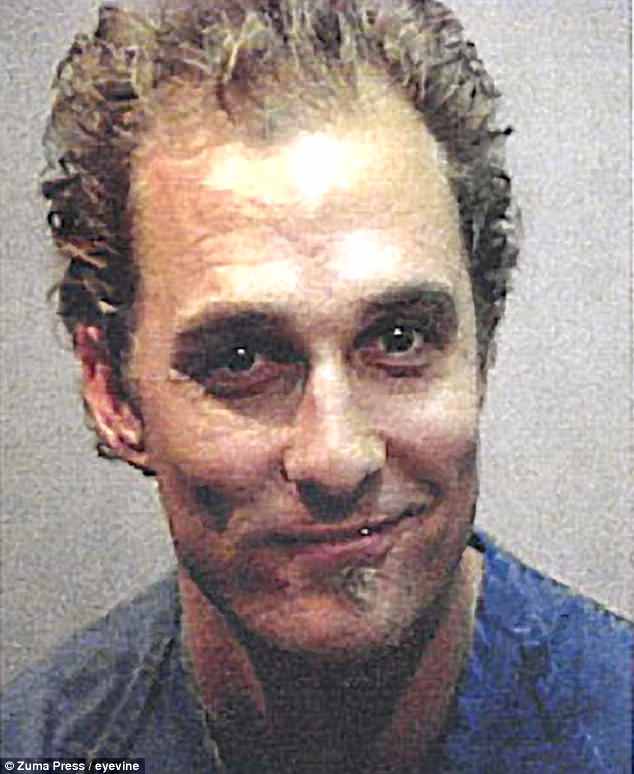 In 1999, Matthew McConaughey was arrested for playing the bongos nude while he was high on marijuana in Austin, Texas

Facebook users have hatched a plan to start a petition to remove the the sign and the newly introduced rules.

‘I hadn’t seen that sign but what a disgrace, the council should be asked to ‘please explain.’ I’d like to see their reasoning behind this ban and was the local community consulted. It seems to me it’s petition time,’ one user said.

Another user posted: ‘The Sunday “drumming ” in Burleigh has been a cultural highlight every Sunday for years in Burleigh. I agree, alcohol wrecks the family friendly vibe. Instead of banning the drumming etc, could they had out fines to drunk people and this would clean it up?’

One person has drawn attention that this ban might be directed at American actor, Matthew McConaughey who was arrested for playing the bongos nude while he was high on marijuana in Austin, Texas.