He made his views clear when he demanded that the streets of Windsor be cleared of the homeless before Prince Harry’s wedding to Meghan Markle.

Paul Winkless, 55, asked the politician for spare change as he entered the Funky Wood restaurant in Maidenhead, Berkshire. But Mr Dudley, who was on his mobile, held up his hand in front of him and appeared to mouth ‘No’ before ducking inside to meet friends. 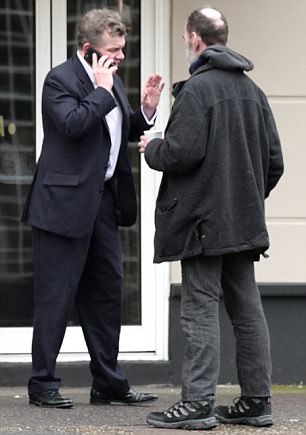 Mr Winkless told The Mail on Sunday he was a former soldier who has slept rough in the area for 12 years after battling alcoholism. He said he had no idea who Mr Dudley was – but if he had known, he would have ‘given him a piece of my mind’.

Mr Dudley, who heads Windsor and Maidenhead Council, provoked outrage by saying beggars could paint Windsor in a ‘sadly unfavourable light’ during the wedding.

He demanded the police crack down on ‘aggressive begging’ in the streets before tens of thousands of well-wishers gather for the ceremony at Windsor Castle on May 19. 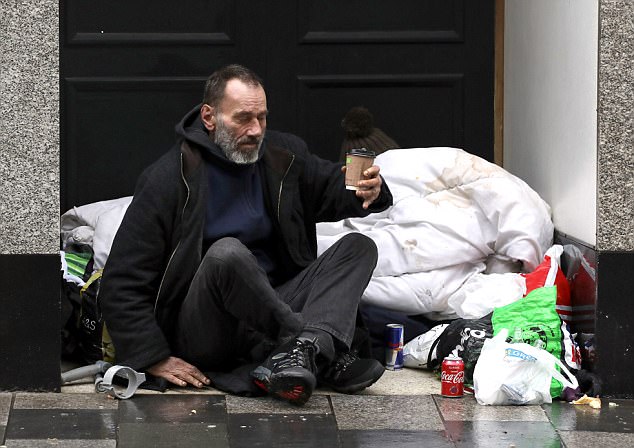 Paul Winkless, 55, asked the politician for spare change. He said he was a former soldier who has slept rough in the area for 12 years after battling alcoholism

He also posted tweets during a luxury skiing trip to America at Christmas in which he said there was ‘an epidemic of rough sleeping and vagrancy’ in the town.

Theresa May was among those who attacked Mr Dudley. After the furore erupted, he insisted he was referring to anti-social behaviour, not homelessness.

Mr Winkless, who said he had spent four years as an Army driver, has been sleeping in a car park in Maidenhead – but added that he intended to travel to Windsor for the wedding. 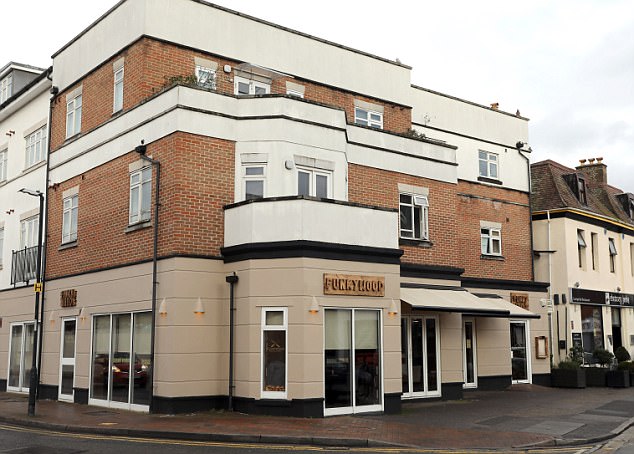 Mr Dudley was meeting friends at the Funky Wood restaurant (pictured) in Maidenhead, Berkshire when he was asked for change by the Mr Winkless