Over the years, Rachel Riley has often left Countdown viewers giggling when she’s spelled out naughty words on the show’s famed board.

But on Tuesday afternoon’s instalment of the Channel 4 programme, the 32-year-old was left red-faced when her boyfriend Pasha Kovalev, 38, went rogue during his guest stint by spelling out the word ‘bumhole’ from a selection of random letters.

Following the broadcast, Rachel took to Twitter to share a snapshot of her dancer beau’s efforts, alongside the caption: ‘Can’t take @PashaKovalev anywhere… This was supposed to be the clean version of the show!’

Oops! Rachel Riley was left red-faced during Tuesday afternoon’s instalment of Countdown, when her boyfriend Pasha Kovalev spelled out ‘bumhole’ during his guest stint on the show

She earlier displayed the selection of letters – HMWOIUEBL – from which he extracted the word, writing: ‘When your boyfriend spots an opening to play a cheeky seven… I may have been laughing too much for the board shot to make the edit… #BUMHOLE.’

During the broadcast of the show, one of the two contestants asked Rachel for the usual mix of consonants and vowels, leading to the opponents only reaching as far as offering up the six-letter word ‘humble’.

Host Nick Hewer then focused his attentions on the Dictionary Corner, asking show regular Susie Dent and her guest sidekick Pasha: ‘Anything over six, I wonder?’ 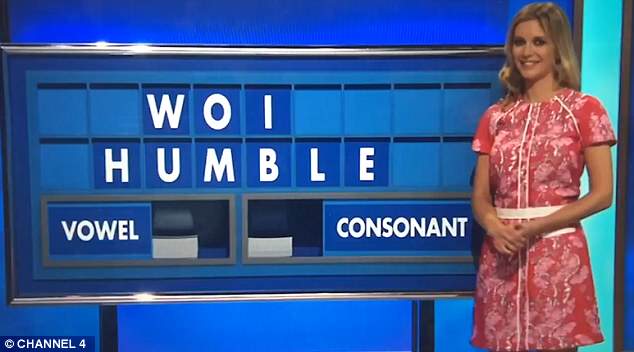 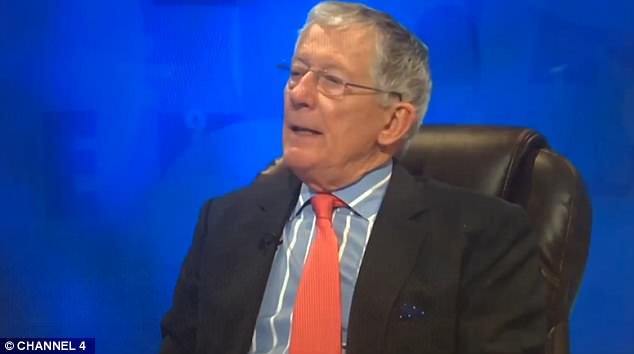 Ask: Host Nick Hewer then enquired if there were any offerings that were more than six letters 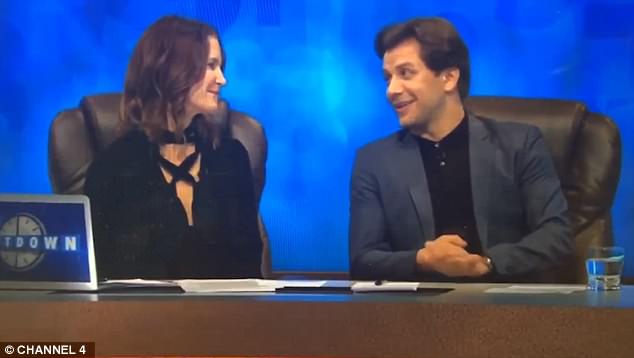 Seventh heaven: Pasha then hesitatingly offered up the seven-letter word ‘bumhole’, much to the amusement of the contestants and studio audience

‘Yes, there is a word there that consists of seven letters,’ Strictly Come Dancing professional Pasha cautiously responded. ‘Um… and it’s bumhole.’

As the studio audience broke into laughter, 74-year-old Swindon native Nick said: ‘Bumhole is in the dictionary, sure.’

Susie, 53, then chimed in: ‘Yes, but the only thing I would say, having looked it up in the big Oxford English Dictionary, is it’s been in the dictionary since 1611, or at least it’s been recorded since 1611.’

‘Well, they’ve been around a long time,’ Nick quipped, beckoning further raucous laughter from the audience and the contestants. 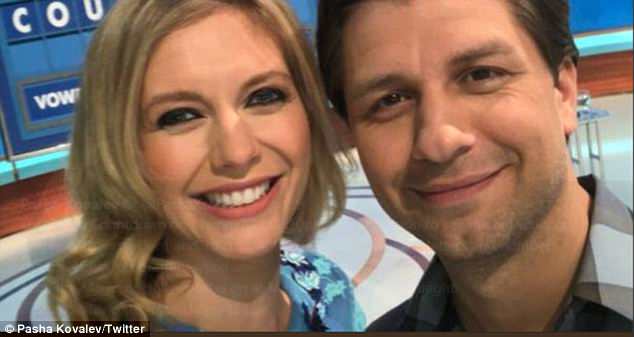 Pose: Pasha shared a snapshot of himself posing in the studio alongside his stunning girlfriend

So punny: Rachel took to Twitter to share a snapshot of Pasha’s work – adding a pun of her own 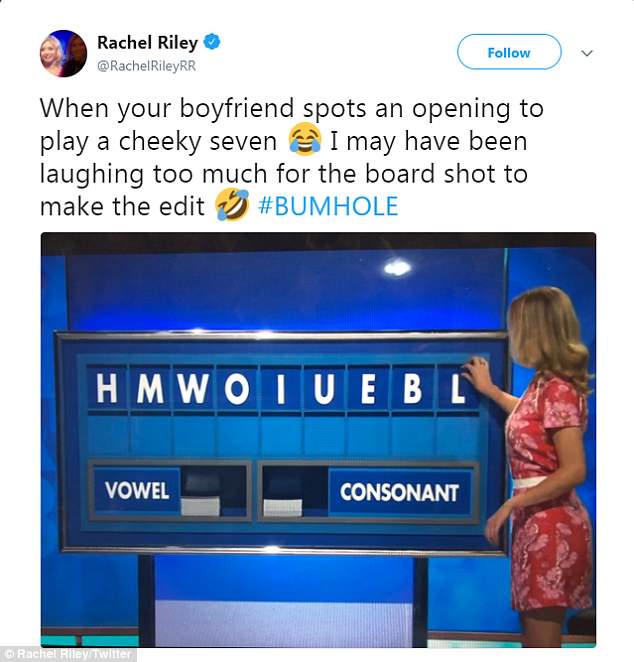 How it all started: Rachel also shared a shot of how things started on the daytime show

Promo: Earlier in the day, Pasha took to Twitter to inform his fans he’d be on the programme

Earlier this year, Rachel was seen sporting a cheeky grin as she rearranged the Countdown board with a suggestive message.

The word ‘squirt’ was picked by the show’s two contestants on in a letters round with an ‘O, K’, and ‘I’ left over on the board.

Seizing the initiative, numbers whizz Rachel stood smiling proudly as she spelled out ‘OK I squirt’ to the entertainment of viewers.

There are many other times that viewers have been entertained by the game’s letterboard, with the show featuring such naughty words as gobs***e, erection and c***eased. 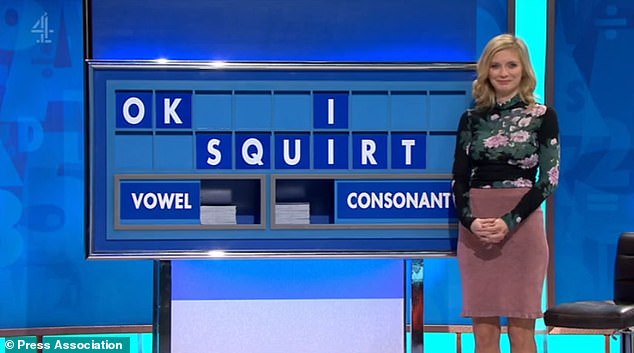 Naughty: Earlier this year, a cheeky Rachel drove fans wild as she sent out a very suggestive message on the Countdown board 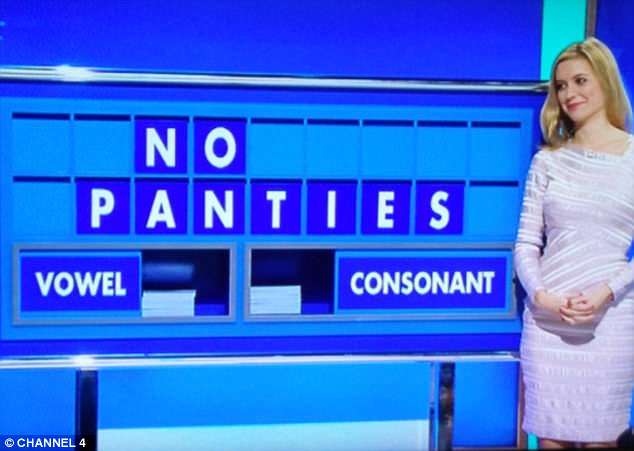 Having a laugh: In the past, she has raised laughs with a range of other suggestive spellings

Meanwhile, earlier in the month, Rachel said that she’s crunched the numbers and she’s not quite ready to become a mother yet.

‘All my friends are getting pregnant at the moment. That’s good for them, but it’s currently not on my radar,’ she says in an exclusive interview in today’s Mail on Sunday Event magazine.

She is in a relationship with her Russian former Strictly Come Dancing partner Pasha Kovalev, who she met on the show in 2013.

Soon afterwards, she split from university beau husband Jamie Gilbert. They had been married for just 16 months.