Countries with male leaders have had 4.3 TIMES more Covid-19 deaths

Countries with female leaders have fared significantly better during the coronavirus pandemic than nations led by men, research suggests.

An international team of experts led by Trinity College Dublin analysed outbreaks in 35 countries, 10 of which were run by women.

Among them were Germany, New Zealand, Denmark and Finland – four nations which have been widely praised for their responses to the pandemic.

The study found male-led countries had six times more Covid-19 deaths than nations with women in power. When this was broken down by deaths per capita, female-run countries still had 1.6 times less fatalities.

And average excess mortality per million population was 4.8 in female-led countries and 21 in men-led countries – marking a 4.3-fold difference.

Nations governed by women were also quicker to flatten their epidemic’s curve and recorded lower peaks in daily deaths, the researchers found.

They said these countries were quicker to move into lockdown than nations led by men, such as the UK and the US, because they ‘prioritised public health over the economy’.

The researchers also claim women-led countries have better social and income equality, and they prioritise human needs and generosity in national policies. 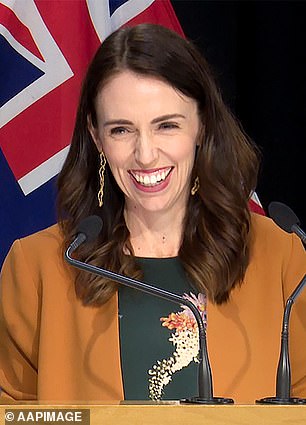 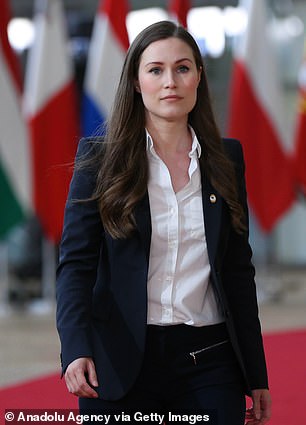 New Zealand Prime Minister Jacinda Ardern (left) tightened her country’s borders in February to stop the outbreak spiralling. While Finland Prime Minister Sanna Marin ordered the country to lockdown on March 16 – a week before the UK 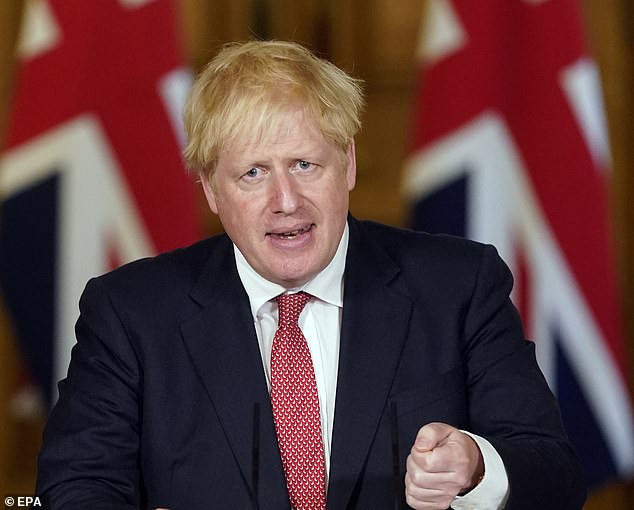 The researchers blasted Boris Johnson, claiming he ‘overlooked experts calls for early lockdown and the need for widespread and repeated testing’ 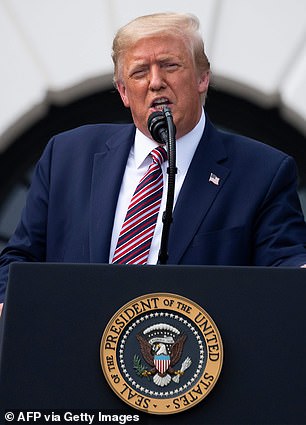 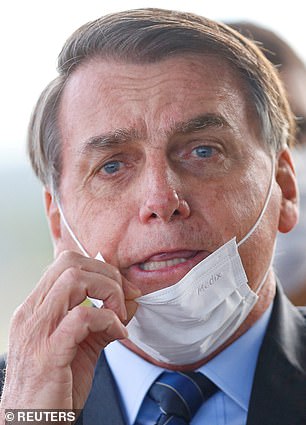 The international team of scientists drew on public health data from 35 countries across five continents as part of the study. The findings have not yet been peer-reviewed.

They compared deaths per capita, excess mortality rates and the number of days with reported deaths between 10 female-led countries and 25 male-governed ones.

When the data was broken down per capita, it showed women-led nations had 1.6-times fewer deaths per capita than their male-dominated counterparts.

The peak in daily deaths was also seven times as low in women-led countries, the study found.

And the number of consecutive days with confirmed Covid-19 fatalities was, on average, 50 days in women-led countries and 79 in male-led countries.

The researches found the curve of daily deaths was four times less steep for women-led countries.

Average excess mortality per million population was 4.8 in female-led countries, and 21 in men-led countries – marking a near five-fold difference. 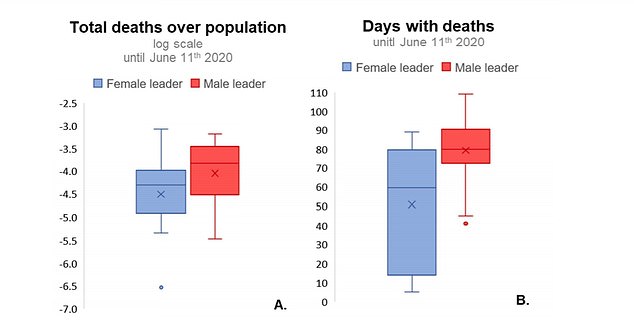 Countries with women in position of leadership suffered six times fewer Covid-19 deaths than countries with governments led by men. When the data was broken down per capita, it showed women-led nations had 1.6-times fewer deaths per capita than their male-dominated counterparts

WHAT COUNTRIES WERE COMPARED?

Of the 35 countries considered, 10 have a woman-led government:

While 25 had a male-led government

This latter result is of particular relevance as excess mortality is acknowledged as the fairest way to compare Covid-19 deaths internationally.

The study also analysed income rates per capita, as well as the Social Progress Index which scores countries based on life expectancy, literacy rates and social liberties, among other things.

It found correlations between economic inequality and deaths from the viral disease.

The researchers say their results ‘point to female leadership as a marker for healthier and more equal societies, where policy-making prioritises long-term social wellbeing over short-term economic considerations’.

Writing in the study, the team, led by researcher Luca Coscieme, from Trinity in Dublin, said: ‘As Covid-19 deaths began to add up, national leaders were faced with an urgent decision: prioritise economic growth and market openness or shift toward people’s wellbeing.

‘Leaders who opted for the former demonstrated a short-term vision and lack of understanding of the fact that social wellbeing (and a healthy environment) is the basis for a healthy economy.

‘Our results show that this is the case for most men leaders, while women leaders did not hesitate to adopt precautionary measures, even when they posed immediate economic costs.’

The researchers said male governed countries responded to the crisis like a ‘strict father’ whose word is absolute and final.

Whereas they compared women-led countries to a ‘nurturing mother’ who had an ‘we are all in this together’ attitude.

They added: ‘When faced with an illness, the strict father might advise working through it while the nurturing mother would advise staying home until you get better.’

All three countries have suffered the worst death tolls in the world as a result of the pandemic and were slow to move into lockdown by international standards.

The US only urged citizens to limit travel on March 16, five days after the World Health Organization declared the coronavirus outbreak a global pandemic.

Individual states then began lockdown measures at different times, with California and New York state locking down on 19 March and 22 March respectively.

But some states didn’t go bring in such measures until April, such as the southern state of Georgia.  Almost 140,000 Americans have died from the disease, the most in any nation in the world.

By this time countries like New Zealand, run by female prime minister Jacinda Ardern, had already been in lockdown for weeks.

The Australasian country started restricting its borders in February and by March only its citizens were allowed into the country.

The researchers also blasted Boris Johnson, claiming he ‘overlooked experts calls for early lockdown and the need for widespread and repeated testing’. At least 45,000 patients have died from Covid in the UK, with a third of victims dying in care homes.

One of the driving factors was that hospital patients were discharged into care homes without being tested for the disease, experts say.

For comparison, Germany – ran by Chancellor Angela Merkel –  ,managed to squash its epidemic through stringent testing of everyone with systems and a robust contact tracing system.