Countryfile viewers were left in disbelief last night after learning that the Queen’s cows sleep on their very own waterbeds.

In the BBC special, presenter and farmer Adam Henson went behind the scenes of Windsor Great Park, delving into the logistics of how the very regal cattle are farmed.

Henson was taken aback when he discovered just how well Her Majesty’s cows are cared for, including robots that milk the 265-strong herd, an automatic brush to help with their well-being, a robot that sweeps up after them and the special ‘water pillow’ beds.

Adam’s guide, Mark Osman, explained that the cows’ water beds help to de-stress the animals and feel like they are floating when asleep at night.

One does rather enjoy a water pillow! The Queen’s cows at Windsor have special beds that they sleep on to help them de-stress 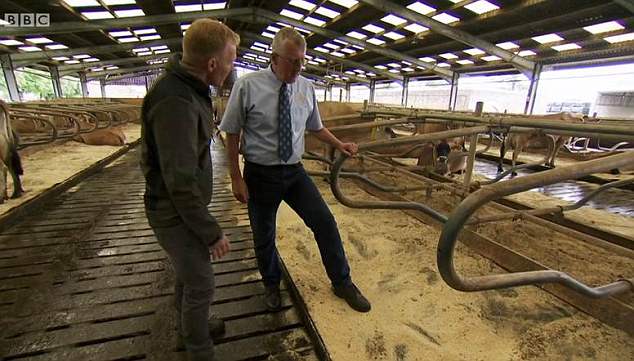 Udderly unbelievable! They were shown to Countryfile presenter and farmer Adam Henson in the royal special, which went behind the scenes at Windsor Great Park 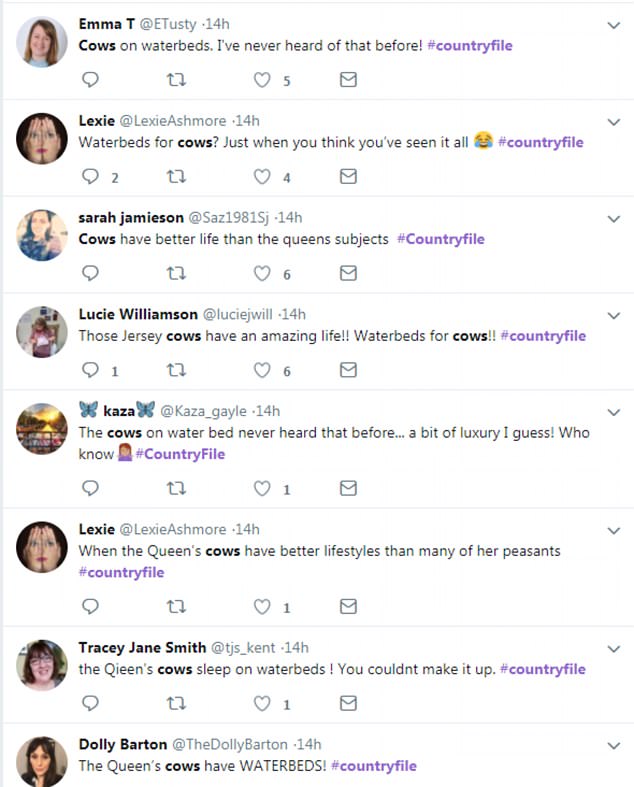 Viewers were left astonished at the revelation the cows were so well cared for, joking they were living a life of luxury

‘Those cows have a more comfortable bed than I do!’ joked another.

‘Cows on waterbeds. I’ve never heard of that before!’ added a third.

The waterbeds are supposed to massage away aches and pains while they sleep.

The Queen’s farm manager said: ‘As the cow lies down the water pushes underneath the pressure points and the cow ends up floating.’

‘It’s just luxury isn’t it,’ Adam said before adding, ‘I have seen the rubber matting bur never the water beds before.’

‘It’s quite new technology, and we sent the various options up to the family and these were chosen because they were the very best we could buy at the time,’ Mark explained.

Others were concerned that the cows lifestyle was better than most, with some pointing out that the cows were sleeping on water beds ‘while the number of homeless people increases’ in the same area. 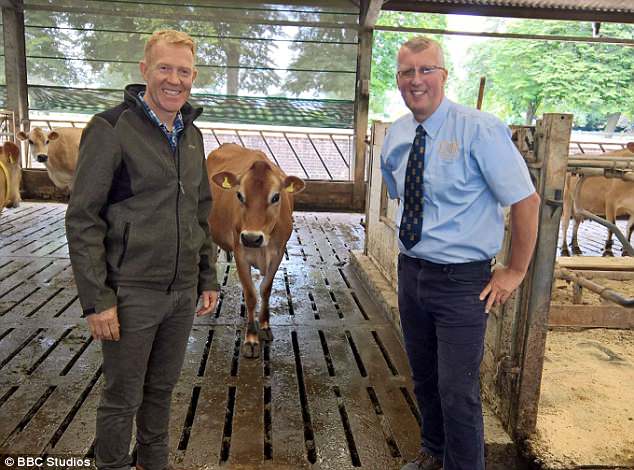 Cream of the crop: Adam with Mark Osman, the Queen’ s farm manager, in the milking parlour at Windsor for Countryfile 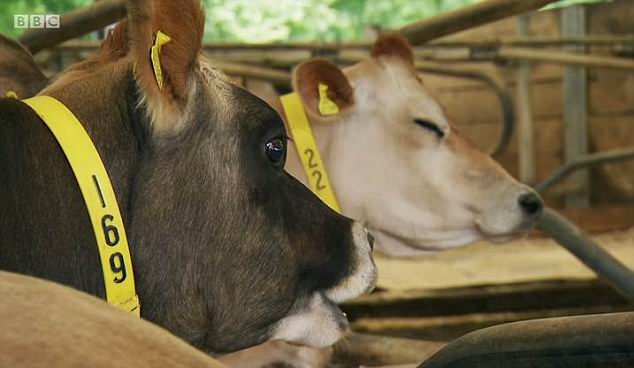 Happy customers! The waterbeds are supposed to massage away aches and pains while they sleep and help them de-stress 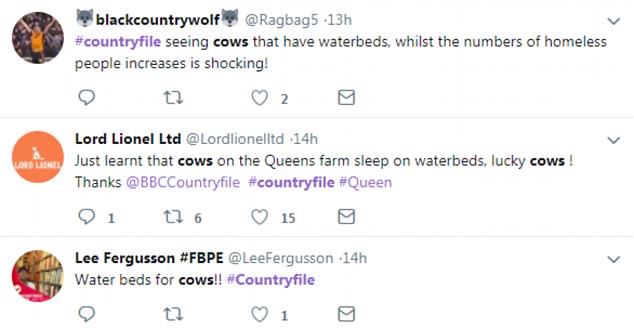 Other viewers were concerned that the cows were living a better life than most, with one pointing out the growing number of homeless people in the area increased

The cows can step into robot-like machines when they’re ready to be milked, and the electric brushes to groom them and more robots sweep the floor gathering slurry, which is recycled as fertiliser.

The BBC show, which has long been a favourite of the Royal Family (Prince Charles presented its 25th birthday edition five years ago), was granted unprecedented access to the grounds and myriad animals inhabiting the three places the Queen calls home: Windsor, Balmoral and Sandringham.

The Queen keeps Sussex cattle at Windsor and now has the largest herd of Sussex cows in the world.