A magician is quitting his career as a children’s entertainer because he is allergic to the rabbits he has to pull out of the hat at every party.

Ian Wragg, 47, first thought he was suffering an attack of hay fever when his eyes started streaming and turning red when he did his first rabbit trick 28 years ago.

But when he began experiencing the symptoms every time he reached into his magic hat he realised the bunnies were to blame. Even having one in the cage on his magic table gave him the jitters.

After battling the condition since 1990, Mr Wragg has been forced to give up his children’s shows because he can no longer stand to be in the same room as a rabbit.

His furry assistants Bess and Tibbles have been given away to good homes after confining them to the conservatory failed to alleviate the attacks.

Ian Wragg, pictured, has had to give up children’s shows after 28 years because his allergy to rabbits has gotten worse. Mr Wragg originally believed he had hayfever

Father of one Mr Wragg, of Esh Winning, County Durham, made his name as a children’s party entertainer but has finally given up on the advice of his wife Sue, 41, a nurse.

He said: ‘It started when I got my first rabbit 28 years ago early on his career. Whenever I handled it, I suffered an itchy scalp, watery eyes, and a runny nose.

‘I tried various medications, but nothing worked. At first, I thought it was hay fever, but every time I pulled the rabbit out the hat I started sneezing.

‘I carried disinfectant wipes so I could wash myself straight after handling the rabbit, which I quickly handed round on a tray after producing it.

‘I even trained the rabbits to hop into their carry case hutch straight after the shows so I did not have to touch them.

‘But it has got worse over the years and is affecting my breathing too. We used to keep the rabbits in the living room as part of the family.

‘But I was wheezing so bad I didn’t like to use the phone in case someone thought it was a dirty phone call. I gave away Tibbles and Bess, and it just wasn’t right doing the children’s shows without them.’ 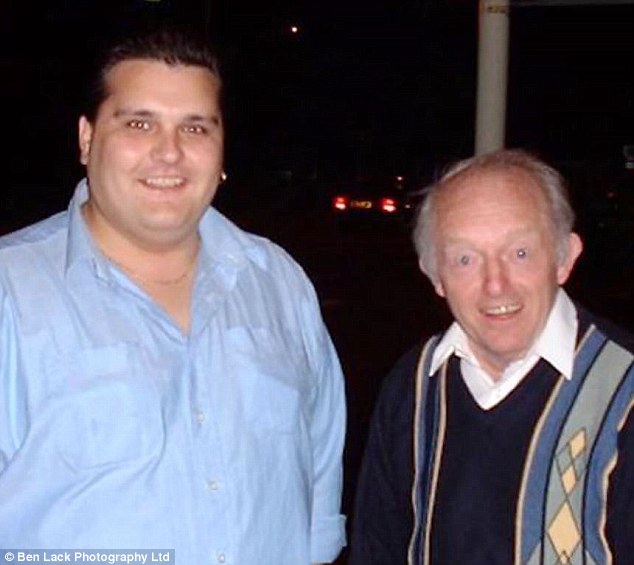 Years ago, he was delighted to find the allergy did not run in the family when his son Daniel volunteered to handle the rabbits for him. But Daniel is now 25 and has outgrown the magic business.

Mr Wragg found even packing in smoking has had no effect on his condition, which he now fears is damaging his lungs.

He will now be focussing on peforming for adults with close-up magic at weddings and mind-reading.

‘It’s sad because I have always been known as a children’s entertainer,’ he said.

‘Everybody used to think I was taking the mickey when I refused to hold the rabbit. I said I was allergic to rabbits and the kids said, “Why are you a magician, you loon?” They did not believe it until my eyes started streaming and going red.’