Noel Cornish, vice commodor of the Cruising Yacht Club of Australia (pictured), and his wife Meg tested positive for the illness on Tuesday

A wealthy couple have been linked to the growing coronavirus clusters emerging at restaurants across Sydney’s affluent eastern suburbs.

Noel Cornish, Vice Commodore of the Cruising Yacht Club of Australia, and his wife Meg tested positive for the highly contagious disease on Tuesday.

The couple had visited the Thai Rock restaurant in Potts Point on July 17, where an outbreak appeared after a staff member unknowingly infected with the virus was working.

The Potts Point restaurant has the same owners as Thai Rock Wetherill Park, which is now linked to 85 cases.

After the cluster popped up at the Potts Point restaurant, nearby restaurant The Apollo was closed for cleaning after a customer tested positive for COVID-10.

However, health authorities remained confused about how the two clusters were linked.

That was until Mr and Mrs Cornish tested positive for the virus, revealing they had visited The Apollo on July 22. 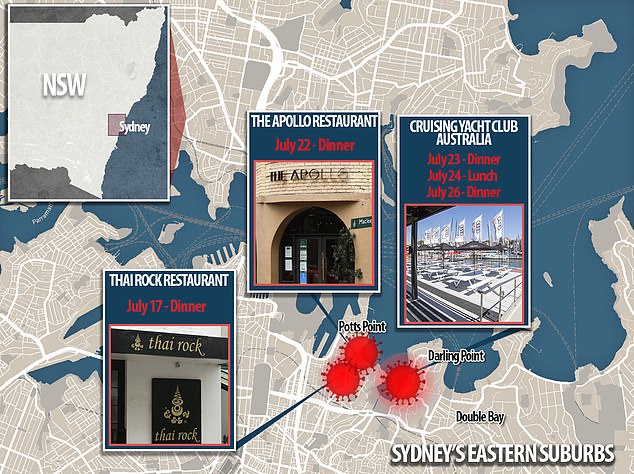 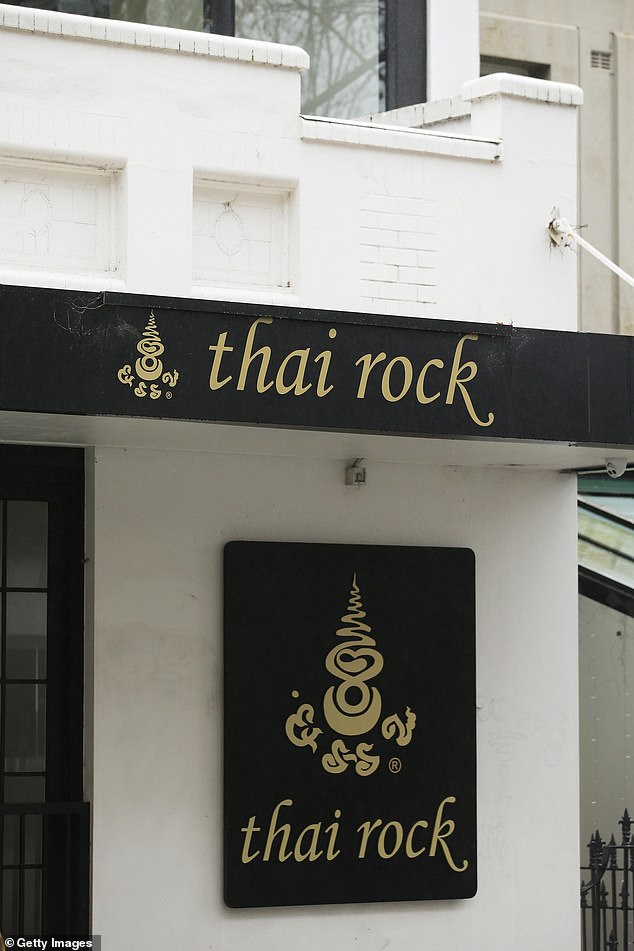 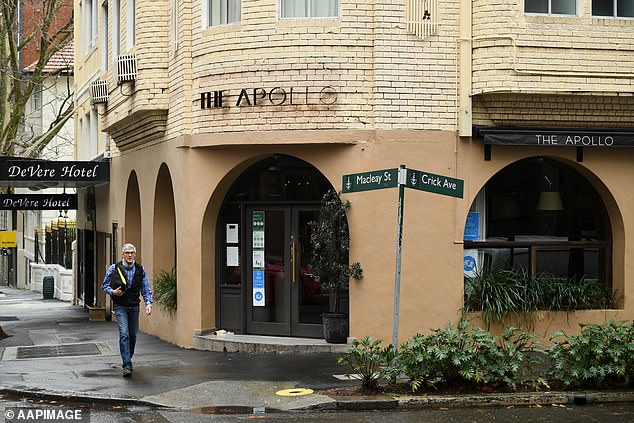 NSW health said it now believes ‘this links the two outbreaks’ between the Thai Rock restaurant and the Apollo.

The couple had also spent time at the Cruising Yacht Club of Australia in Rushcutter’s Bay which was alerted to the new cases on Tuesday.

The prestigious member-only club, which is the home of the Sydney-Hobart annual sailing race, has been closed for deep cleaning and will remain closed until August 1.

CYCA commodore Paul Billingham told the Australian Financial Review the couple were made aware of the COVID-19 outbreak by NSW Health on July 27 and were told to get tested.

They were among the 14 cases confirmed on Tuesday.

‘The good news is that Noel and Meg are fine but, of course, will be housebound for at least 14 days or until they are cleared.’

Customers who were at the Apollo from July 22 to July 25 have been urged to get tested.

‘We are at a knife’s edge, a critical point.

‘But the majority of cases so far are linked together which is fantastic news because it means we can help understand the transmission dynamics and the risk.’ 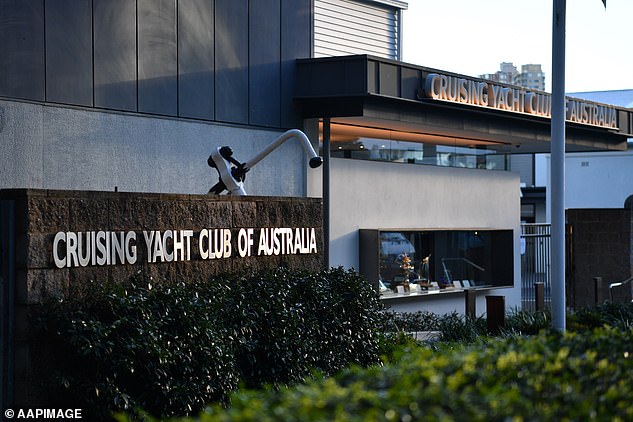 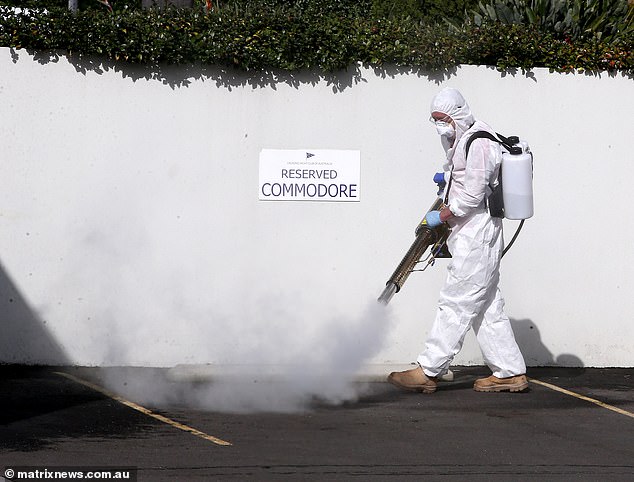 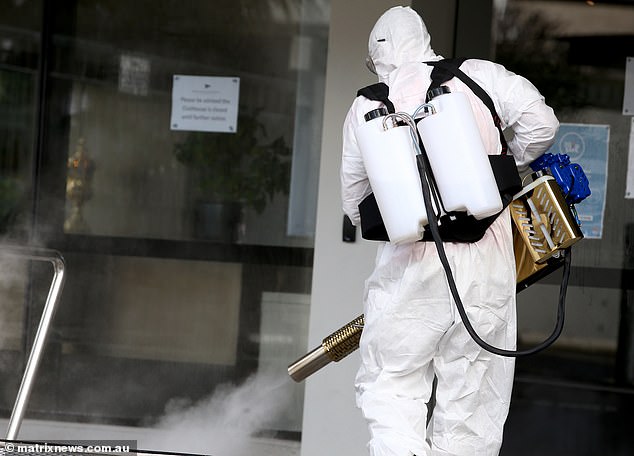 The prestigious member-only club, which is the home of the Sydney-Hobart annual sailing race, has been closed for deep cleaning and will remain closed until August 1 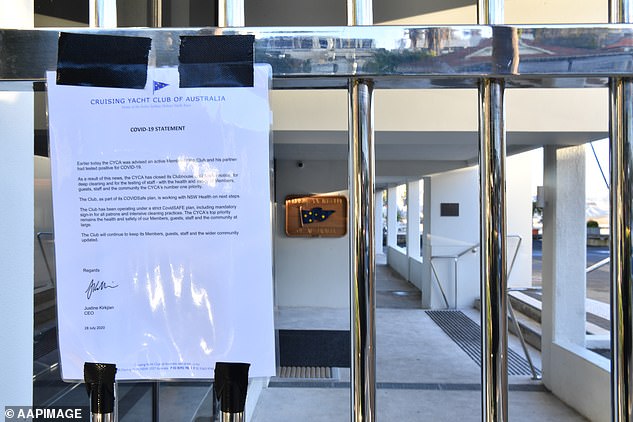 A notice hangs on the door of the Cruising Yacht Club of Australia, the home of the famous Sydney to Hobart yacht race

NSW Premier Gladys Berejiklian has said she is ‘extremely concerned’ over the growing clusters of coronavirus at Sydney restaurants.

She begged Sydneysiders to ‘reduce their mobility’ to stop the spread of the disease during an appearance on the Today show.

Two of the cases were linked to the sister restaurant Thai Rock in Potts Point, taking the total to seven.

There were 19 new coronavirus cases confirmed on Wednesday, 10 were linked to the Thai Rock cluster in Wetherill Park.

Mr Cornish is a well-known Sydneysider, having worked as deputy chancellor University of Wollongong, chairman of Snowy Hydro Ltd, chairman of IMB Bank and national president of Ai Group.

He owns the yacht Sydney 47 St Jude and regularly competes in club races.

Mounties, Mount Pritchard: Thursday 23 July between 12 midnight and 3am, Friday 24 July between 11am to 3pm and 8pm to midnight; Saturday 25 July midnight to 3am

Plus Fitness Campbelltown: 9am to 10am, Saturday 11 July